No way to make work this I2C LCD

The wiring on electronics are:

And using this code I have taken from another thread:

Compilation is correct. I’m using Arduino 1.7.11. The libraries are the NewliquidCrystal_1.3.4.zip from fmalpartida.
The LCD blue light blinks every 3 seconds on and off but no text. All full blue screen blinking.

You think i’ve left something?

Sounds familiar, I had the same effect.

There is a potentiometer for adjusting the contrast, and it comes set to zero contrast. At least the ones I got were so. Good Luck.

If you run Bill Perry's diagnosis sketch you would get the correct constructor.

However most common backpacks need:

You have a I2C display, and need the corresponding Library.

My display says “Hello, world!”, so I assume I used the following example from LiquidCrystal_I2C

To be more precise:

You took the correct library (name), but a constructor for the parallel interface.

This must be a different version than the one I recently downloaded.

My version has only the following constructor:

And my display also has address 0x3F, but I didn't save this change.

At this point the phrase "the blind leading the blind" comes to mind.

You should take the advice in reply #2. If you don't understand what is meant by "Bill Perry's diagnosis sketch" then you haven't taken the time to read through other threads in this forum section.

There are several libraries that all use the same class name: LiquidCrystal_I2C
But have different methods and "reliability".

In an ideal world, people would choose a new unique name for their library class.
It is a good idea to implement the same methods e.g. begin()

Then the punter would simply #include "LiquidCrystal_I2C_ZinggjM.h"
And have an appropriate constructor().

The rest of the program would be unchanged.
But at least we would know which particular library you are using.

And it would make life easier when you have a problem.
For example, bperrybap (and floresta) probably know which bugs come from which "LiquidCrystal_I2C" library.

All that the punter knows is : I downloaded it from somewhere

The FMalpardita constructor specifies which PCF8574 IOPORT bits are connected to the LCD module.

In terms of libraries, you could use my lcd library.
It is called hd44780 and is available in the IDE library manager.
It can automatically locate the backpack and auto configure the pin mappings.
You can read more about here: 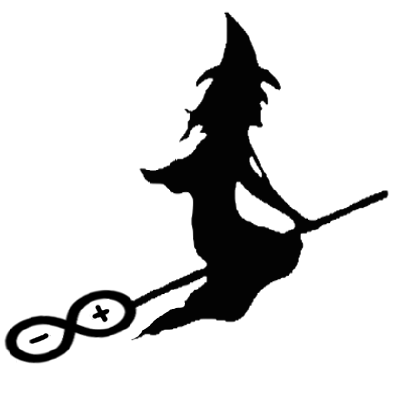 It also includes a full diagnostic sketch to test the i2c lines and the LCD internal memory.
See the examples in the included hd44780_I2Cexp i/o class.

I will say that some of the examples included in the hd44780 library won’t compile with the Arduino.org IDE because of bugs in that IDE and that is one of the reasons why you will notice on the hd44780 github repository in the s/w requirements section, that I do not recommend using IDEs from Arduino.org

Thank you all for your answers. My LCD is this one of the link.

And there is a tutorial with it's library download. But I also do not make it work with that library using that constructor of the example project it comes with.

ZinggJM, I think it is the same LCD as yours. Adjusting the potentiometer does nothing.

The use of the official and up-to-date Arduino IDE version from Arduino.cc certainly makes sense.
But then, why not take and install the LiquidCrystal_I2C library by the library manager?
For me, this works well, and from the picture I really seem to have the same display.

ZinggJM:
The use of the official and up-to-date Arduino IDE version from Arduino.cc certainly makes sense.
But then, why not take and install the LiquidCrystal_I2C library by the library manager?

Most the low cost i2c backpacks being used on hd4480 LCDs use a PCF8574 i/o expander chip.
There is no standard for how to hook up the 8 i/o port pins to the hd44780 signal pins and backlight circuit.
Therefore, not all manufacturers wire them up the same way.
The library must know how the i/o expander port pins are wired to the hd44780 pins.
Most libraries including the LiquidCrystal_I2C library in the IDE library manager hard code the pin mappings.
If the mappings in the library do not exactly match how the PCB has wired the pins, the LCD will not work.
So with a hardcoded library, you can have a situation where the backpack does not work and there is no way to ever make it work - unless you go in and modify the actual code.

Some like fm's library and my hd44780 library allow the user to configure the mappings and backlight active level.
But to make it work with a library that allows pin mapping configuration, the user must enter the pin mapping information into the library constructor to tell the library how the pins are mapped.

My hd44780 library also has the ability to auto detect the i2c address and all the pin mapping information so the user doesn't have to know or enter any low level i2c address or mapping information.
It offers an easier to use solution that should work on all the low cost i2c backpacks that you typically find on ebay.

Thank you for your information, this really helps me and certainly many others.

I will download your library, check and learn its use, but maybe keep the official one as long as it works on my displays, because of the automatic updates.

ZinggJM:
I will download your library, check and learn its use, but maybe keep the official one as long as it works on my displays, because of the automatic updates.

There is no "official" i2c backpack library for the IDE.
The IDE bundles certain libraries with the IDE. Those are the "official" libraries in that they are developed and supported by the arduino.cc dev team.

The only "official" LCD library that comes bundled with the IDE is the LiquidCrystal library.

The LiquidCrystal_I2C library that is in the library manager is a 3rd party library.

Sorry, and thank you. I had just discovered your library in the library manager.
The problem with no-name devices is that you don't really know what it is, and therefore I did not look for hd44780.

ZinggJM:
Sorry, and thank you. I had just discovered your library in the library manager.
The problem with no-name devices is that you don't really know what it is, and therefore I did not look for hd44780.

But in terms of installing the library,
That is why I provided detailed instructions on the github page that provided EXACT step by step instructions on how to install it as well as the IDE s/w requirements.
But you have to take the time to actually read the instructions.....
--- bill

Thanks. You are helping me a lot.

I assume that I have to use ioClass > hd4480_I2Cexp examples with my low cost LCD with backpack as you said Bill, on your readme.

I still not seeing text when running Hello World example, and allso I turn the contrast potentiometer left and right and nothing happens.

So then I run I2CexpDiag and this is the generated log:

No blinking led on Arduino. Potentiometer does noting again. Is the library unable to autoconfigure the device?

In order for the memory test to pass, it auto detected, autoconfigured and is working well enough for the sketch to talk to the LCD as the sketch is writing and reading the RAM inside the LCD module.
In order to do that, all the LCD data data and control connections must be good and the LCD is responding to commands as it takes commands to read/write to memory.

If you have a dark background with light text then you won’t see anything until the backlight is on.

Post a photo of the front of the LCD so we can see the soldering of the backpack to the LCD.