I’ve used BatchPCB for the second time. Once again they sent me double orders (all boards were made two copies). I paid for only one copy. Here’s pic! 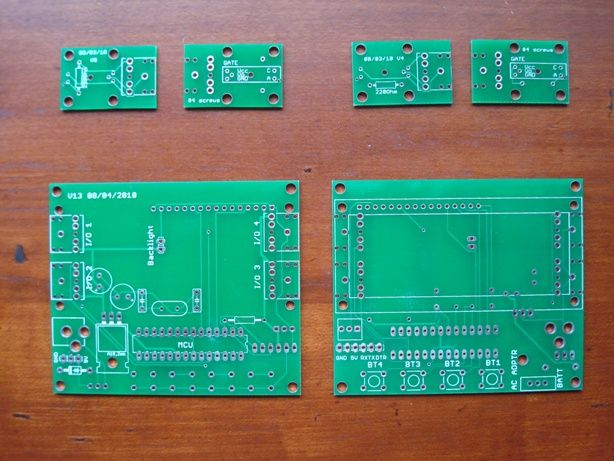 Assembled one copy and worked perfectly.

They have always doubled my orders. Not sure why, but I've ordered three times and it's happened every time.

Ty for the link.

Well its not worth them throwing the doubled orders away, its usually when theres a fault on the panel and they have to do it again.

Yeah, I got double orders for my led matrix shield.

I'm not complaining, though!

Well considering the number of people here reporting receiving double order, perhaps that is their policy rather then random error? What are the odds of this being a repeated mistake on BatchPCB's part?

Maybe I was targeted by their cheap advertising campaign. Could be. I used the same logon name as arduino forum when I opened an account with them. Now I’m a senior member (hoho) they want to encourage me to root for them for cheap.

See, from my limited knowledge, making two copies of one PCB is really cheap. You spend major money making one and you just pay PCB material cost for any copies, plus time routing.

They may have a routine that picks out certain members from electronics forums and put their orders together and double them! (My conspiracy theory, sorry ;D)

Their lead time is about 18 days from ordering in US by the way.

so lets say you and I both send in a board at the exact same time, we both pay the same price for the same service when they return I get one copy you get 2

its kinda shitty for someone isnt it

and its probally not errors, its who ever lays out the large board needs to fill up some extra space, so yea they are picking you

personally I dont like companies that play games with my money

Unless we know for sure that it is machine error(some section of the panel failing e-test) or just Batch filling up some space, we cant really say either way. Im guessing its easier to send the failed panel out anyway, rather than paying to dispose of the panel properly.

Do you know of any other company that offers a similar sevice? Im always on the lookout for new companys to try.

Do you know of any other company that offers a similar sevice?

Both use the same service: