I'm trying to design a printed circuit board with MOSFETs driving banks of LEDs. Maximum current draw per MOSFET is 1.8 A and this page:

If I'm multiplexing the LEDs and each MOSFET is only on 1/16th of the time can I get by with thinner traces? So far I can't figure out how to lay out a board with traces that thick, but it looks like I can do it if I can use 10 mil traces.

"If I'm multiplexing the LEDs and each MOSFET is only on 1/16th of the time can I get by with thinner traces?"
Yes.
10 mil seems a little narrow, can you go 16 mil?

@Chagrin - I’ve attached the current board, but it’s pretty rough and messy…It’s my first non-trivial PCB, and I haven’t settled on a design so the positions of the names & values isn’t great…

@Crossroads – thanks for the info. I’ll try laying out 16 mil traces this weekend. 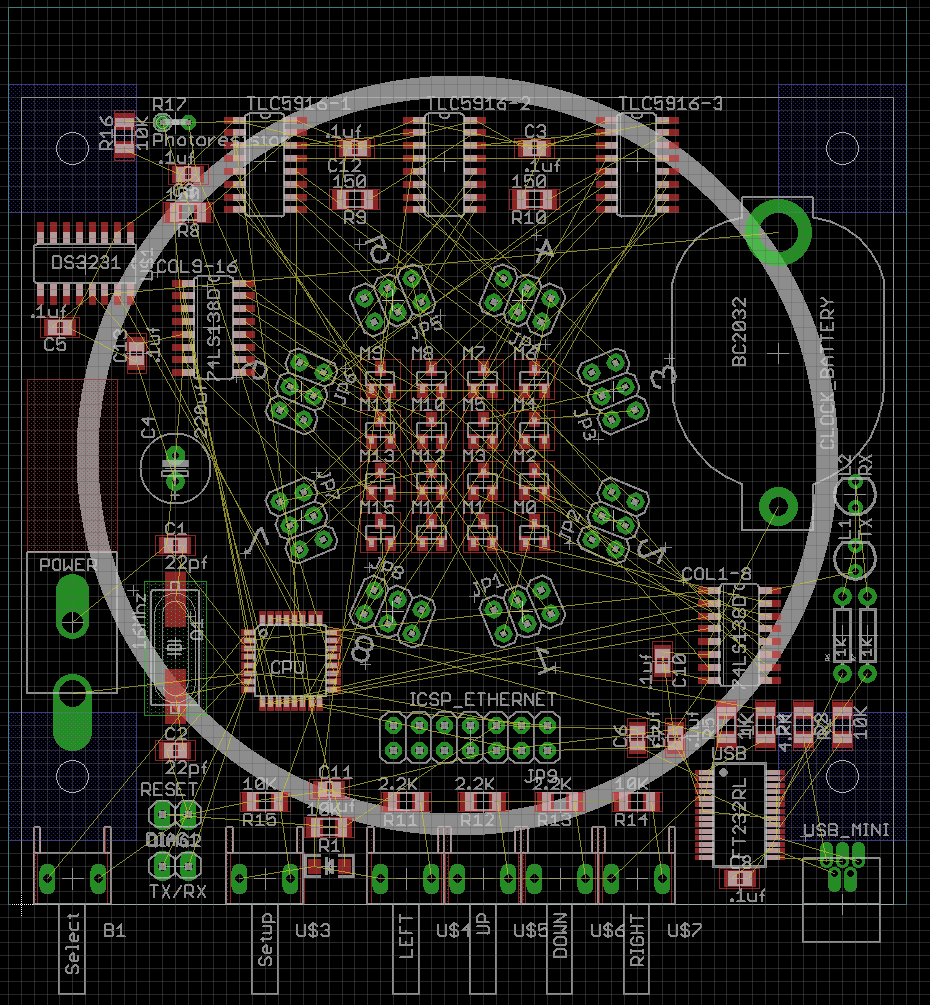 The other thing you can do is change their property to be Power Traces, let the autorouter have a whack at routing it with the wide power traces.

What are all the M's in the middle?
I would try & improve the placement of the JP1-8 headers you have got lot of signals crossing each other, that will make routing hard to complete.

Unfortunately JP1-8 can’t be moved; they go to right-angle headers that connect the LED PCBs (8, arranged in an octagon). Attached are some pics of the prototype in case you’re interested.

I’m also looking at switching to a SMD ceramic resonator instead of crystal + capacitor; it looks like that will free up some board space. 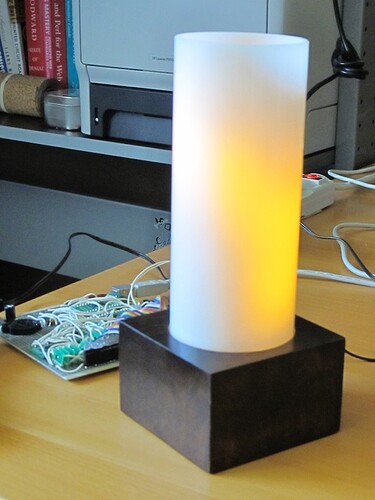 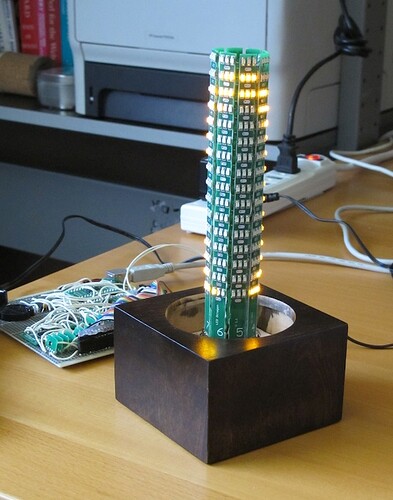 Very interesting.
Maybe not move the JPs location wise overall, keep the circle shape, just place them differently so they are closer to the source that drives them.

Can also get a smaller surface mount oscillator, like a 3.5 x 2.5mm package.
Digikey has them.

Thank you, as always, for the great advice.