Phototransistor at end of long cable - picking up noise

I'm trying to build a power use monitor, reading infrared pulses emitted by my electricity meter using a phototransistor. I have a working circuit with phototransistor and pull-up resistor that is working well when I test it on breadboard and soldered to experimental board with a short (~1m) cable.

However, my electricity meter is located in a cabinet outside, so I've run a cable (unshielded 4x0.2mm, using three of the wires) which is about 10 meters long, and in this setup, I seem to get an unstable signal, with the digital input flickering between HIGH and LOW very quickly. If I send infrared pulses to the phototransistor I can see that they get through, but with so much noise that it's impossible to use.

Being a bit new to electronics, I imagine I've hit some kind of standard problem transferring signals over long cables, so I'm looking for an explanation of what's happening, and ideas on how to solve the problem?

The phototransistor (LTR3208E) and its pull-up resistor (1MOhm) is at the electricity meter end of the cable, but I've also tried having the pull-up at the arduino end with the same result.

You're right about the probable cause, and the suggestion of changing the pullup value will also lower the impedance and decrease the noise VS signal.

There are 2 or 3 other possible approaches:

Let us know what you try and what works! We all can learn from these things...

You could instead try a photodiode and build a simple "current loop" circuit. Or probably better use your existing phototransistor in a current modifying circuit rather than a voltage amplifying circuit. Something like that is usually more noise resistant over long cable runs.

First - thanks to all of you for your constructive replies!

So, I probably need something more robust.

I'll probably give that comparator idea a try. Seems like something I could learn from. I'll be back with results.

I'd switch to using screened cable. Cat 5 should work, but mono audio cable should work just as well provided the total capacitance is less tan 1nF. Connect the inner core to the Arduino pin and the screen to whichever of Vcc and GND you have as the other connection to the phototransistor.

You could also try adding a capacitor in the range 330pF to 1nF from the Arduino pin to ground.

I presume you are polling the input pin sufficiently often so as not to miss the 2ms pulse? If you are polling other analog pins too, then I suggest you read the phototransistor pin twice and discard the first reading.

IMHO, capacitors would not help much, with 2 ms impulse capacitors more likely to suppress useful signal than interference (50 Hz or so) . Better to amplify current from phototransistor at meter side, connecting phototransistor to base - collector additional small signal transistor and setting low value (10 k) pull-up resistor at the arduino side. 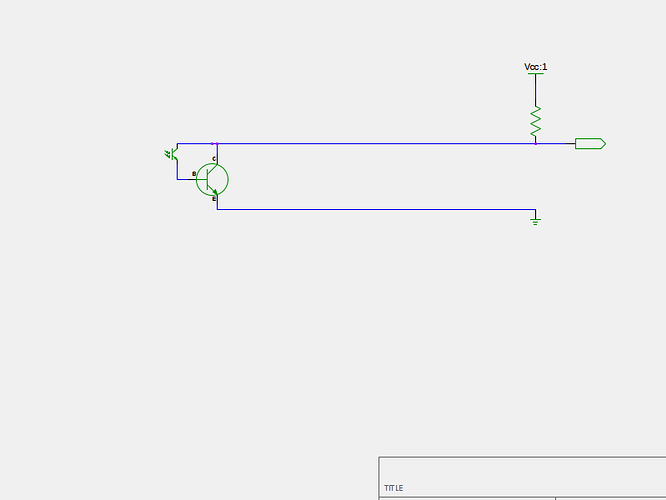 Better to amplify current from phototransistor at meter side

Magician is definitely on the right track. Your signal is in microAmps. It's no wonder you have a noise problem. The darlington connection he has suggested will give you a current gain of several hundred. I would put my resistor between the emitter and ground, however, because the increased saturation voltage of the darlington pair may not give you a reliable logic zero value. Try a 1K emitter resistor. The resulting pulse will be from LOW to HIGH in that case.

because the increased saturation voltage of the darlington pair

You don't get increased saturation voltage from a transistor in a darlington pair. It is just the same as if the transistor was by itself.
You do get increased Vbe are you mixing the two up?

are you mixing the two up?

The saturation voltage of the Darlington pair can never be less than Vbe of the output transistor plus Vce(sat) of the input transistor. Therefore, typically it is about 0.65V above that of a single transistor.

Yay! The transistor trick really did the trick!

I ended up going for EmilyJane's variant, with pull-down resistor. Here's an ugly image showing my final, working, circuit.

Many thanks to all of you for very helpful answers!

Yay! Now you can proceed with the fun stuff!