I'm trying to work on my msc project which involves detecting and measuring heart rate. Please suggest some device which would be useful with arduino. :-/

How would you do it manually? where? wrist, breast, neck, eye, ... ? Only detecting freq, or also other params? Human , animal?

The more you tell us the better we can answer the question...

Sorry, I'm pretty much new in this subject. my goal is to detect pulse beat from the wrist, calculate BPM and try to display those values on a LCD or on the computer.

i have came across Polar Heart Rate Module - RMCM01 but it is used with heart strap transmitter and i need to detect from wrist. I also do not know how useful it would be when used with arduino.

Please suggest or share something you came across some example.

have you tried to search "heart beat" in the searchbox in the upper right corner? There are several discussions to be read for you.

yes, i did go through many of them but most of them are either based on infra red led and a IR photo transistor to detect the pulse in finger or using polar transmitter which has to be connected to the chest.

it really does not help much as i was planning to detect the pulse rate from the wrist. using IR photo transistor wont be much of help in it.

is it possible if i connect microphone to arduino to detect the sound and try and measure the beats?

I think you will struggle to do anything with a mic on the wrist. Picking the signal out of thE noise would be difficult.

I remember Elektor modding a Gameboy to make an EEG. So there may be a way to do it electrically.

IR sensor on the finger will work though, it’s one of the projects in my book. Source code here: http://www.arduinoevilgenius.com

Thanks for the suggestion Si :) i totally agree with you about using mic. but i have seen few watches which does not need scrap on the chest and can detect pulse beat pretty accurately and wonder how they detect and what would be their schematic.

For your reference i will add some links of those watches: 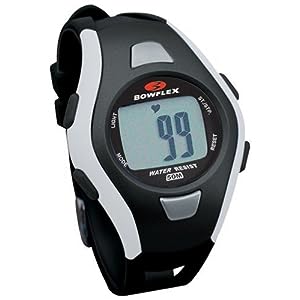 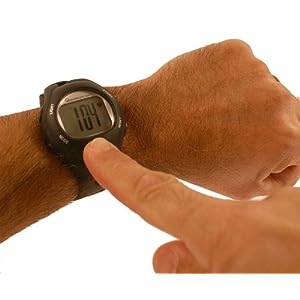 just to give an idea what I'm trying to achieve...

do check this video too

If I had to guess, I would say electrical potential from one arm to the other - hence you have to touch the button.

If you have an oscilloscope, try looking at the signal between left and right arms.

Its not going to be a big signal, and there is sure to be a lot of noise.

Perhaps have a Google for DIY EEGs to get some ideas on how to amplify and filter.

If you can find a way to hack the watches for the sensors, the watches are inexpensive on ebay.

Thanks zoomkat, thats one of the options to try and understand the circuits. but the problem is i have very less knowledge of hacking through boards and stuff

but its worth trying.