Hi all! This is my first post and I am quite new to the world of microcontrollers and wiring and coding and what-have-you, so please forgive any ignorance on my part and feel free to talk to me like a 5-year-old, lol. Anyway, I'm using the Arduino Duemilanove and the EL Escudo (from sparkfun.com) to try and control four [approximately] 3' strands of EL wire. The inverter from they suggest (but do not provide) was out of stock when I ordered, so I'm trying to use an inverter that came with the wire I bought: it was a 7.5' segment wired to a 2AA battery pack with an inverter and a 3-cycle switch.

The first time I set it up, I disassembled the battery pack and wired the inverter/switch directly to the Escudo as instructed in the Escudo user guide. It seemed to work fine and ran through the program when powered by USB, but the wires were extremely dim, so I switched to 9V wall power through the Arduino's barrel jack. Bad idea. I know now that this was probably a dumb mistake but, long story short , the Arduino ran through the program a few times with the wires glowing VERY brightly, then the transistor (D1616) on the inverter board burned up. I don't have time (this is for a class project) or cash to replace the transistor or buy a different inverter, BUT I do have another identical inverter/switch to use. Is there any way to step down the power coming from the 9V wall adapter? Or to use the 3V power from the 2AA battery pack? Thanks for any help or advice, and please feel free to ask questions if I have not provided enough info!

After you've learned a bit more about electronics you can then learn about how to measure the voltage and current feeding into that device.

Then you can design and build a regulator for it. You can pick up wall warts at Goodwill for a dollar. 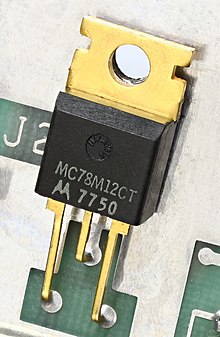 A voltage regulator is a system designed to automatically maintain a constant voltage. A voltage regulator may use a simple feed-forward design or may include negative feedback. It may use an electromechanical mechanism, or electronic components. Depending on the design, it may be used to regulate one or more AC or DC voltages. Electronic voltage regulators are found in devices such as computer power supplies where they stabilize the DC voltages used by the processor and other elements. In autom...

With emphasis on this

In electronics, a linear regulator is a voltage regulator used to maintain a steady voltage. The resistance of the regulator varies in accordance with both the input voltage and the load, resulting in a constant voltage output. The regulating circuit varies its resistance, continuously adjusting a voltage divider network to maintain a constant output voltage and continually dissipating the difference between the input and regulated voltages as waste heat. By contrast, a switching regulator use Li...

And most likely focus on this part as it's output can be set to what you want. 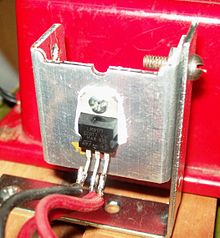 The LM317 is a popular adjustable positive linear voltage regulator. It was designed by Bob Dobkin in 1976 while he worked at National Semiconductor. The LM337 is the negative complement to the LM317, which regulates voltages below a reference. It was designed by Bob Pease, who also worked for National Semiconductor. Without a heat sink with an ambient temperature at 50 °C such as on a hot summer day inside a box, a maximum power dissipation of (TJ-TA)/RθJA = ((125-50)/80) = 0.98 W can be per...