My goal is to chain the three together and make an led chaser. Each of the boards works fine, connected to my UNO, and I am able to make the 8 LEDs light sequentially, chasing back and forth.

When I connect a 2nd on into the chain, and send 2 bytes each cycle, I have 16 lights chasing back and forth, exactly how I want.

However, when I connect a third set to the chain, and send 3 bytes per cycle, the lights chase across the first 16 LEDs, then instead of the pattern continuing to the last set, the 2nd set repeats, and the third set stays dark.

I am attaching pictures of the board, as I have it setup, as well as the code that is driving it, below...

I also attached a crude diagram of how each board is wired.

If anyone sees what I am doing wrong, I would greatly appreciate your help. I am a software guy, I haven't worked with electronics hardware in years, and find that I am rustier than I thought I was

This is the test code I threw together to try to get this working like I want.

If anyone wants to see a video of how it is acting, I can throw one up on youtube. Just let me know if you think it would help. 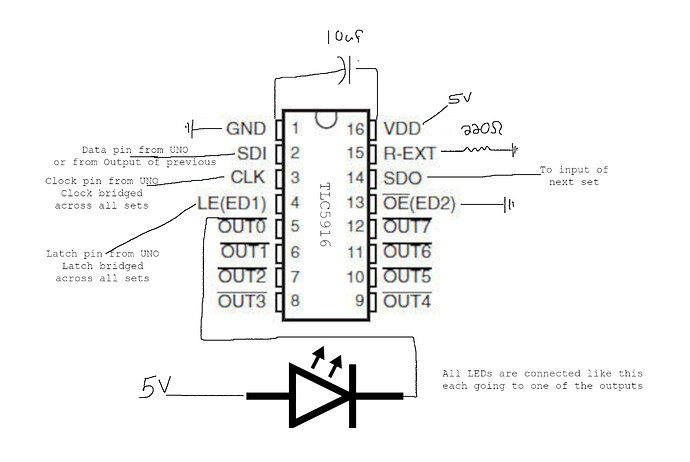 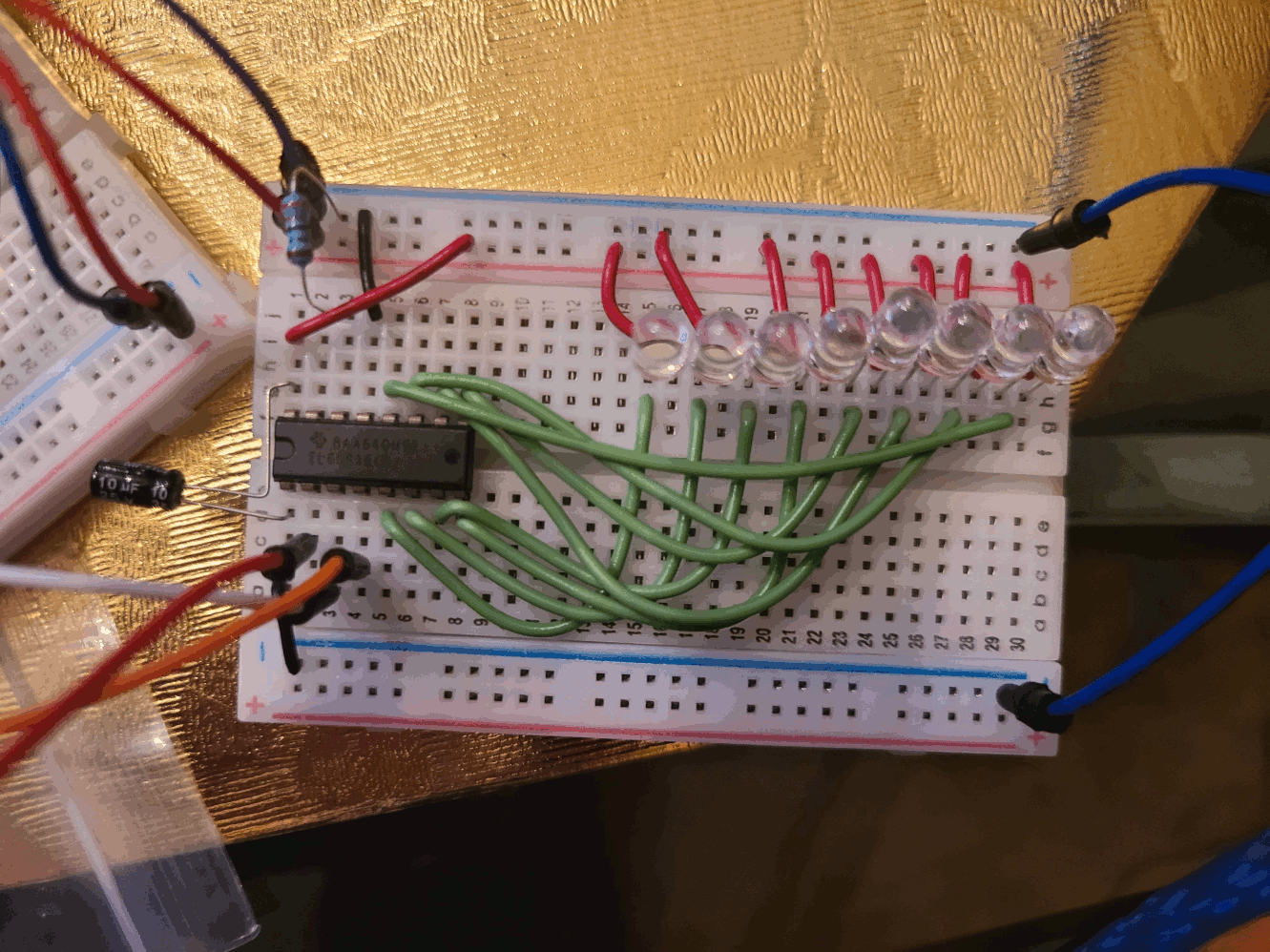 Decoupling capacitor should be ceramic 100nF.

Decoupling capacitor should be ceramic 100nF.

Thanks for pointing out my incorrect data type, and the use of the wrong capacitor. I will correct both of these.

I stared at this code for over an hour before posting, and I completely missed this cut and paste error

Now I feel like an idiot.
Thank you, this was exactly the problem, and the circuit is working as expected now.