Problem writing to the MFRC522 with Arduino Uno R2

Has anyone created or found code that will allow me to write info to the 13.56 Mhz card? I have found some sample code that i was able to modify and use for reading cards but have no idea on where to start for writing information.

Preferably SPI but any of the above would be appreciated. Right now I am stumped.

the example code here has write support. i havent tried it as i have no writable tags yet, but it compiles fine and works just fine for reading tags at least. it does look like it function-izes all the commands so you dont have to mess with the hex.

as a note: if you sign up with TI you can get free samples of rfid tags, theres only a few that are 13.56mhz but you can get 5 of each of up to 5 products so 25 tags

they have one of the best and most generous and unstingy samples policy, probably to retain some market dominance

Where exactly is that code you mentioned, I would love to try it out.

Thanks for the TI tip. I will see if they are willing to send me some samples.

A simple google on MFRC522 gives me 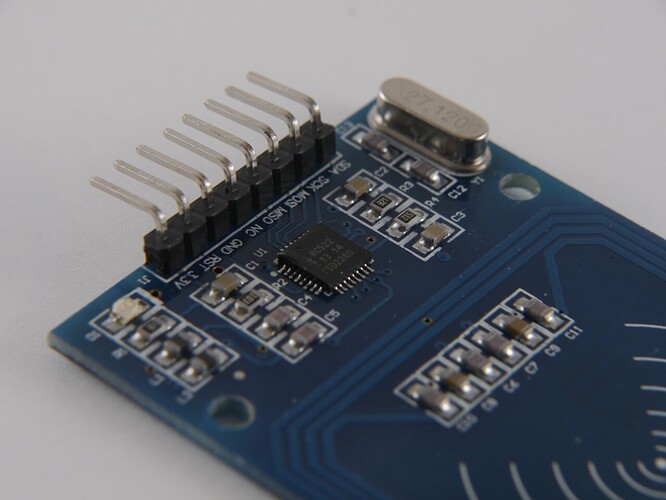 Today the MFRC522 RFID reader I ordered some weeks ago arrived. Using it with an Arduino proved to be pretty easy after I found this blog post. The crucial part from this blog post was the pin map … every other blog post or forum thread was... Arduino RFID Library for MFRC522. Contribute to miguelbalboa/rfid development by creating an account on GitHub.

topher What is the code you had to start with. I cannot get any of my cards to read off of the miguelbalboa code