Good Morning, I fabricated an Arduino Uno clone with an ATMega328P-PU chip.

Once done, i tried to burn the bootloader with an Arduino Mega. I had a lot of problems but I think that finally the bootloader was uploaded correctly. I did that as the following instructions:

*Some tutorials said that I should conect Pin 53 with Pin 1 of the ATMega328P-PU but I tried it and it didn't worked.

After that I tried to upload the Blink program. I was exited so I forgot to change the conections but the blink uploaded and worked. I could change the frequency few times but after that I've could never change the program (it is blinking wiyh a 1000ms delay).

Is the bootloader installed? (I think it is, because it is blinking). How can I upload a new program? (I tested different conections and never works).

Thank you very much.

I would guess that you have over-written the bootloader when you uploaded blink in ISP mode. Have another try at installing the bootloader and then try using serial to upload a different sketch.

If that doesn't work, then read this How to use this forum - please read. and report back.

Martin-X: I would guess that you have over-written the bootloader when you uploaded blink in ISP mode. Have another try at installing the bootloader and then try using serial to upload a different sketch.

If that doesn't work, then read this How to use this forum - please read. and report back.

Hi, I can't overwrite the bootloader. Is it the same operation that I did? Or I have to erase the chip?

If you managed to upload a sketch without changing the wiring, then you will have [u]no bootloader[/u] on the chip. In simple terms, when using "Arduino as ISP" with the correct wiring, you can upload a bootloader or a sketch.

Hello, My problem is that now I can't burn the Bootloader...

Based on the information you have provided so far, I can only comment that in version 04m3 of the Arduino as ISP sketch, it says connect Mega D53 to the target reset Pin 1.

I bought a FT232RL module to program my chip.

I have been trying but it is impossible...

Anyone knows how I have to connect it? What programer should I use in Arduino program? 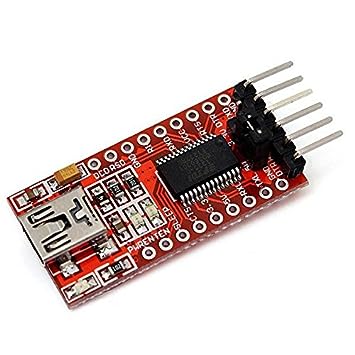 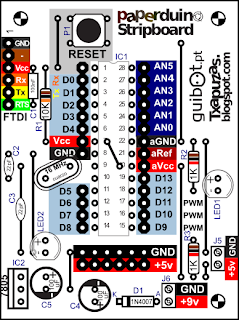 Connections of my chip.

I have just started with arduino I have an Arduino Uno Rev 3. It took several attempts to get the computer to acknowledge the board it finally did and allocated it to COM3 but when I Try Burn Bootloader I get the error meassage

avrdude: usbdev_open(): did not find any USB device "usb"

any suggestions would be welcome

I have an Arduino Uno Rev 3. ... but when I Try Burn Bootloader

If you have an Uno, you do not need to do "Burn Bootloader" (and you haven't described having any equipment that would allow you to burn the bootloader.) Just use "upload" to upload your sketch via COM3.

Thank you Westfw it was in software and I scanned the forum looking for guidance I found some posts saying that they had overwritten the bootloader and should reburn it, I will try a straight upload and see if things improve again Many Thanks Graham

It was poor etiquette for @GrahamBee to hijack the original post, but at least he provided some details of the kit used and the errors received.

albert_rc96: Anyone knows how I have to connect it?

The FTDI pins should match the coloured headers (?) on the top left of your board. The pin marked DTR goes to RTS on your paperduino.

What programer should I use in Arduino program?