I’m just getting started with the Arduino. I have completed the Blink and the potentiometer exercises (slow and speed up the LED). Well I bought some Phillips 595 shift registers with a view of creating the Knight Rider example below.

The colour of wires I have used in my setup matches the example shown on the site (see attachment).
The problem I have is only the first two of the LED’s work? I have 220 ohm resisters in place and have swapped all the LED’s & resisters around and checked the connection but still no good?

I tried again with only 3 LED’s thinking about the power but the third doesn’t light?
I read somewhere about having to use external power when powering multiple LED’s do you think this is the case with this? 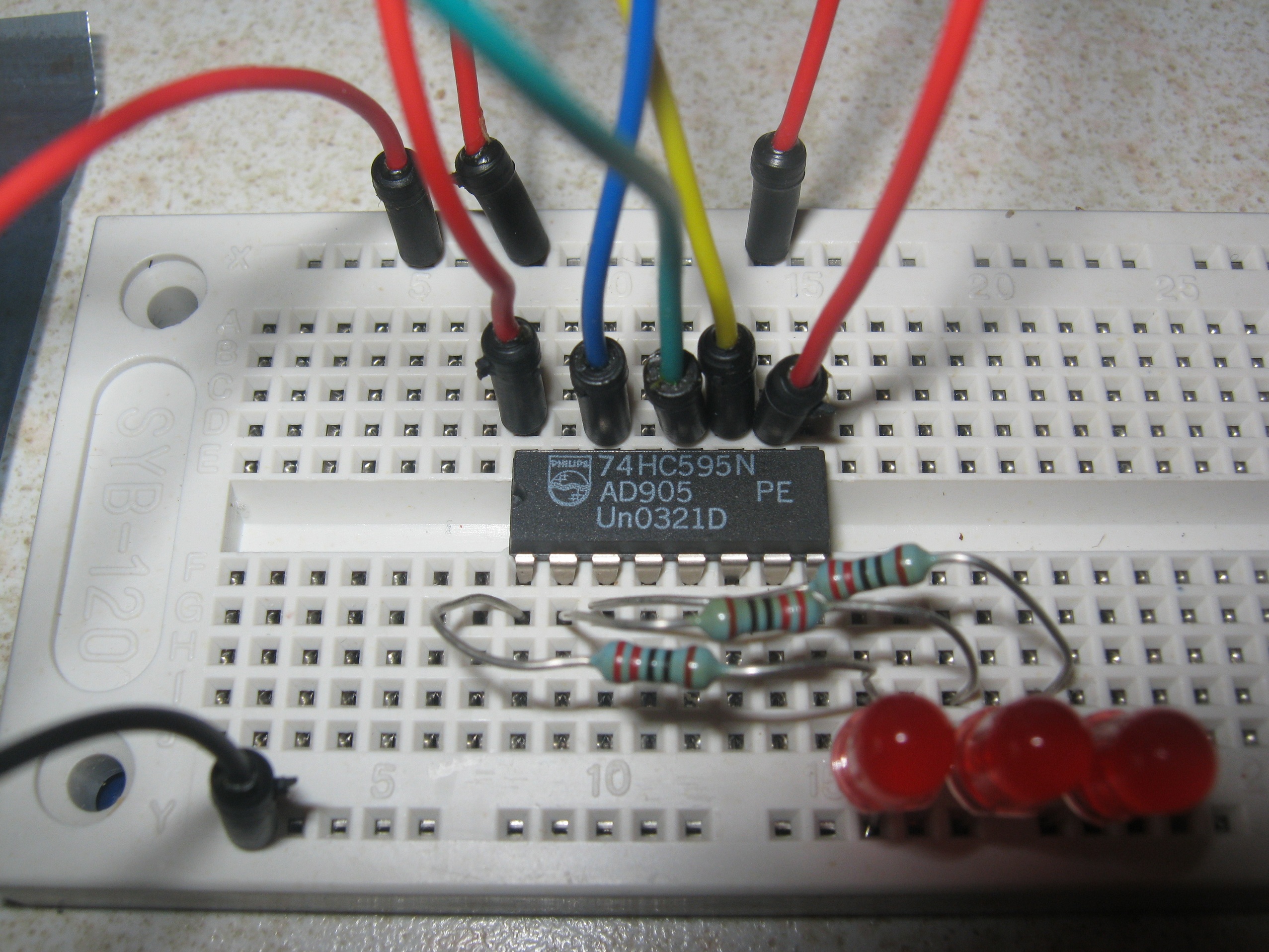 I don't see the GND connected for that IC...

Thanks Kari, that was the least of my problems, wired it up all wrong :~, Corrected it now see attached 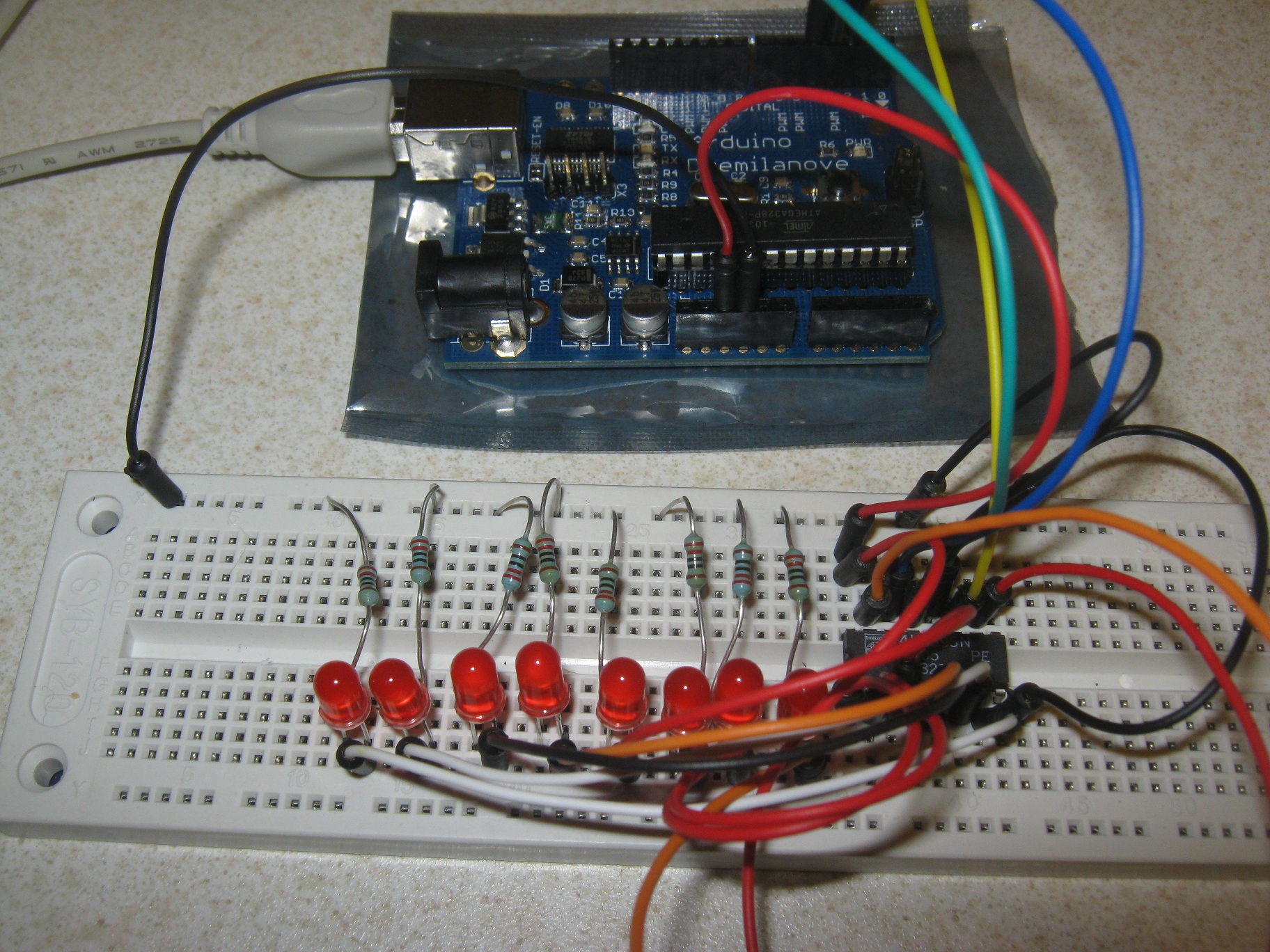 You probably don't want to run it while sitting on the ESD bag - its intended to dissipate static electricity and may short things out.

Thanks, I'm going to make some feet for it.