Questions about making my own sd shield

I've seen some posts about sd cards working with arduinos to store data. I might make my own sd sheild for my arduino in the future, but I have a little question. Can you make an sd shield without a real time clock? Like this schematic:

If you have to have a real time clock, what does it do, and how to you hook it up?

I'm really new to the idea of sd cards working with an arduino, and I have not done much research at all, so I'd greatly appreciate any help.

You can get going quickly - saving data to files on any FAT16 or FAT32 formatted SD card, to be read by any plotting, spreadsheet or analysis program. We even have a tutorial on how to use two free software programs to plot your data
The included Real Time Clock timestamps all your data with the current time, so that you know precisely what happened when

Thanks for the info. So am I understanding this correctly... You don't have to have a real time clock, but it is a very useful tool when data logging?

I do not think seeed's has one

I do not think seeed's has one

Thanks for pointing that out :)

Is there any sd shield schematics floating around with the real time clock? 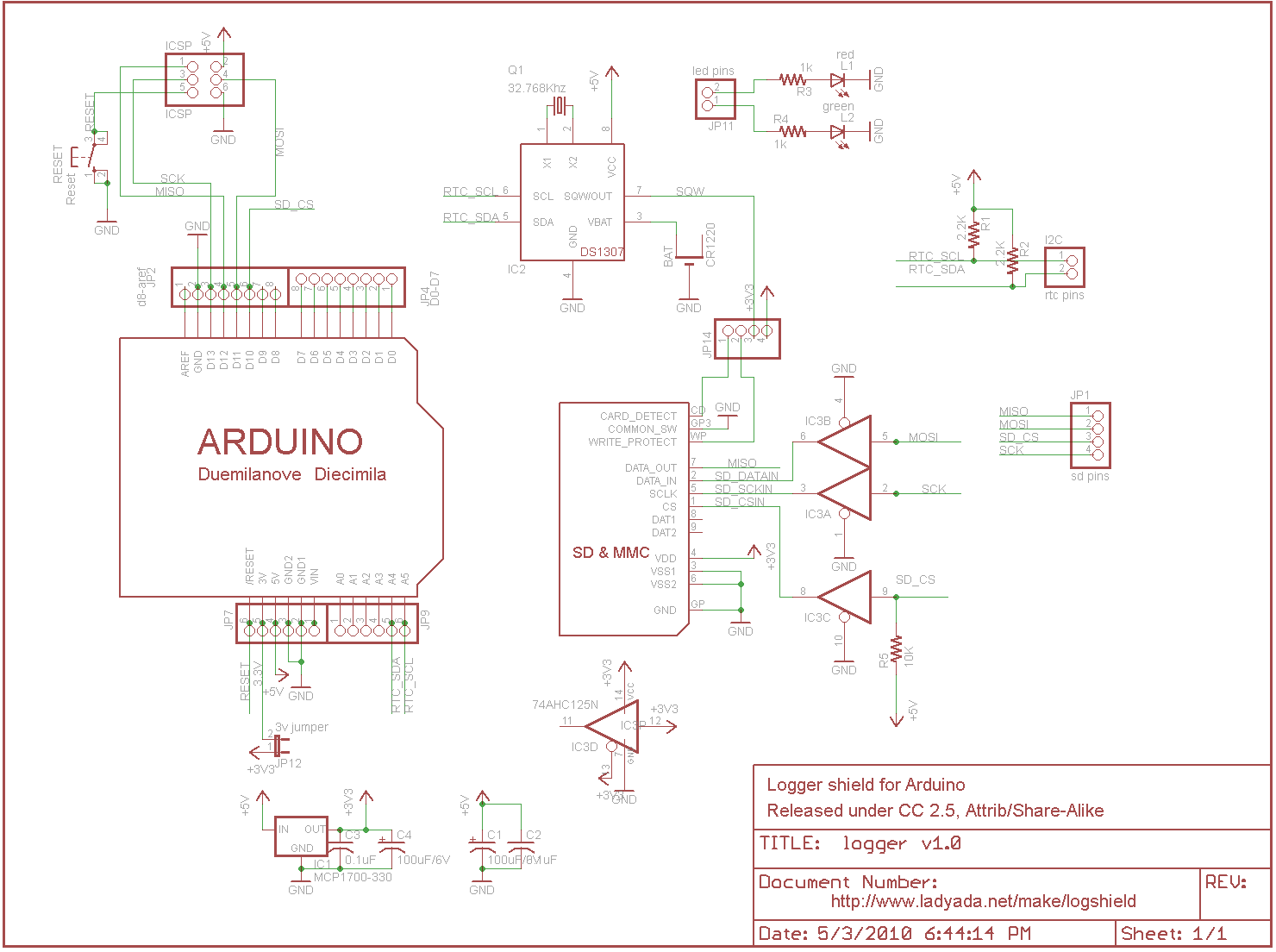 Thanks for all your help! :) I appreciate it.