quiet lately in the bar

pretty quiet in the Bar lately. a few locals sitting quietly in the shadows, sipping their beverage of choice. even the Bartender is rather devoid of conversation. ahh, but it is the holiday season. the locals are all home, dreaming of the electrical doodads they have wished for, and wrapping the gifts for others. and those who don't celebrate the holiday season, well, i don't know what they are doing. perhaps they are the ones in the shadows.

so anyway, i have changed my avatar. as i am thinking of selling my goldwing, come spring, i saw no reason to have it as my avatar any longer.

I picked up a long telephoto lens for my camera, thinking it would make a good astrophotography setup, once i build the mount for it (controlled by an Arduino, of course). it is a 650mm to 1300mm focal length. i later found out it is too powerful for much good (needs a very sturdy mount). it wasn't too expensive (used), so i will try to make it work anyway. i will just use my Meade ETX80 (400mm, for comparison) for visual observing, as the drive is too weak to support my heavy DSLR camera.
Once i get a half-decent tripod, i will play around with my camera, pointed skyward. see what settings i like best for capturing the stars, first with my 28-80mm lens. that way, when i get my long lens, i have only to pull a star into view, and i should already know what camera settings will work for the conditions.

Photo of the moon claimed to have been taken with a Nikon P900. I have not tried to replicate it yet. The last clear night was too cold 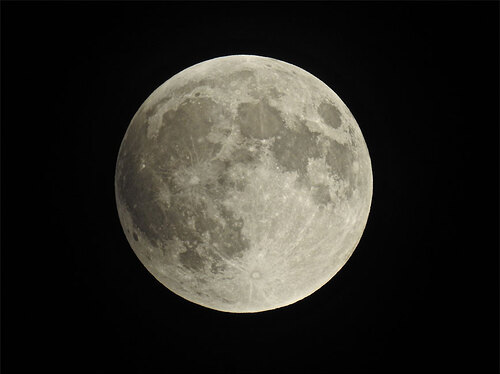 travis_farmer:
Hmm, 30+ views, no responses. i guess there are more lurking in the shadows than i thought.

or maybe it is just quiet when i walk into the Bar... :o

Let's face it, astrophotography is a bit niche?

dannable:
Let's face it, astrophotography is a bit niche?

Pretty much yeah. All the stuff we could photograph with current high end camera and telescope, people at observatory or the probes from NASA already took bigger and better photo. We can't afford something a gigapixel array with million x zoom lenses. But some of us still do it for fun.

The Nasa et al cannot watch and analyse all the space despite their superior systems. Every so often amateurs find the first glimpse of new comets, strange stones, supernovas or whatever flying out there. Often because they watch the space between the known objects. And yes, once discovered the Nasa can make better and more detailed pictures.

People still do amazing things in space, like this one recently

Earth's Van Allen Belts are an area of energetic particles that surround our planet and are held in place thanks to Earth's magnetic field.

Furthermore doing "niche" things like astronomy for fun can and will inspire the next generations to go for science and make unimaginable things happen in the future. Last week I saw the movie "Hidden figures" which showed what ambition can accomplish.

All I said was that it is a bit niche. I wasn't having a go at anyone for being interested. Travis was commenting on the lack of responses...

Just because it's been done better before doesn't mean you shouldn't do it. I want to launch a weather balloon to the edge of space and take some pictures of the curvature of the earth... i think it costs about $2000 to get the basic equipment you need though...