Re: Controlling many LEDs from one wire

You forgot to mention:

How many modules ?
Are the modules just LED's (wont work with just a digital pin!!!)
How many LED's in each module ?
How will you power the modules ?

All I need is simple digital control. I'm trying to keep costs down for each of these modules, also.

Have a look at the Dallas OneWire addressable switch series. You could string these together using three wires (power, ground and data) and address each switch individually (for on/off) using a single IO pin. A library to drive these switches is available for the Arduino.

Depending on the component you select, they may either drive a single LED directly (e.g. 20mA) or provide a logic high/low for additional circuitry.

Yeah, the modules will be 5-6 LEDs in parallel along with some resistors and a transistor to control them.

I will probably power the modules from a 9-12 volt DC power supply.

Basically I want to do this 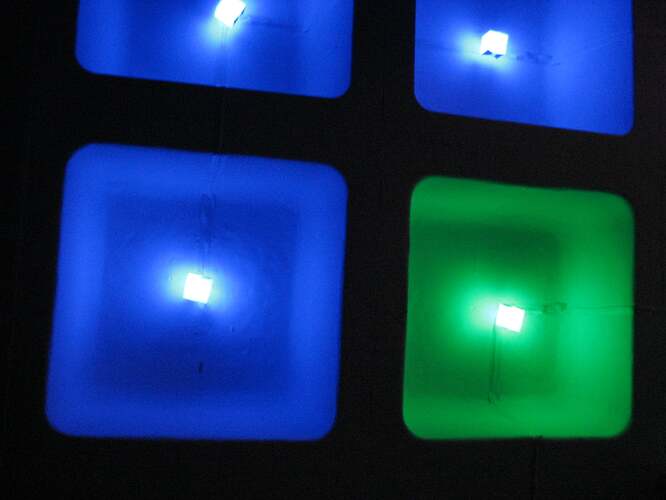 LED Dance Room: This is a guide for building an Arduino-based LED music visualizer, AKA a totally sweet digital dance room. There are various guides around instructables about pure circuit visualizers, but those are generally some kind of amplifier...

but I would like the whole system to be controlled by a single signal wire instead of a signal wire for each module. This would cut down significantly on the clutter associated with the setup.

So far I've found this

but I can't find any vendor for this chip.

I guess what I'm really looking for is a cheap independently addressable transistor or switching mechanism.

but I can't find any vendor for this chip.

at Farnell. Competitive prices from the leading distributor. Check our stock now!

This would cut down significantly on the clutter associated with the setup.

Yes but it would slow down the speed you could update your lights.

Addressing is out and shift registration is in.

However, I need a little help with this. My plan is to have a shift register/LED driver on each module. I have been looking at this chip (TPIC6C596). 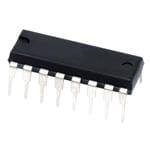 Basically it's a cascadable LED driver that is able to provide 100mA of current per output. I plan on having a 20mA LED on each leg, so this will probably work. I also plan on cascading up to thirty of these chips.

Do you guys think this will work? Is it overkill? I would like to spend as little money as possible. I have found shift registers for around $0.20/unit (versus $0.80/unit for my current chip), but am I correct in believing they won't source/sink enough current? Does anybody know of a cheaper shift register/cascadable LED driver that would provide enough current?

Oh and one last thing, will I run into an issue of not being able to update all of these fast enough? I'm assuming I'll be fine based on the Arduino's clock cycle speed, but this might not be the case.

Why have you removed the original post? Answers don't look too good without the question. Also for anyone trying to follow this thread in the future you have minimised its value.

You can get 20mA out of most shift registers so not much need for going for a bigger one.

will I run into an issue of not being able to update all of these fast enough?

possibly but as you don't say how fast you want to update them it's hard to say.