Hello,
I've got trouble with Serial.read().
I want to send a number from my PC via USB to the arduino and then my arduino to return the same number, so I coded this:

But it unfortunately doesn't work, so I tested the example code from arduino.cc:

I switched the arduino, the usb cable and the only way it works in both cases is writing:

...or defining the variable as an char.
But I don't understand why this works because Serial.print should be able to handle with integers.
I hope you'll can help me.

That would be the character "1".

Checking the chart again ... that would be CR / carriage return.

So, you sent a string. The string consists of the character "1" followed by a carriage return then a line feed.

You need to collect those characters into a string then convert the string to a number.

Okay,
but then the official information on arduino.cc is wrong, right?
It's said that the return of Serial.read() is integer and that Serial.print(value) should output the value (as an int) and doesn't have to be converted from int into char.
Or do I missunderstand something?

LimoCitron:
Okay,
but then the official information on arduino.cc is wrong, right?
It's said that the return of Serial.read() is integer and that Serial.print(value) should output the value (as an int) and doesn't have to be converted from int into char.
Or do I missunderstand something?

You're misunderstanding what the values mean.

Coding Badly already pointed you to the ASCII chart. When you type a 1 into Serial Monitor, you're not sending the number one. You're sending the text character 1, which is represented by number 49. It's also followed by the carriage return and line feed characters which signify a line break (basically hitting ENTER).

If you want to convert the textual information into a number, you need to keep track of all the bytes you receive before the line break, then interpret them into the number they represent.

Serial data arrives as a single byte, that's 8 bits. Not included in that byte is any information about what that byte represents, your code has to supply that. So if you type '1' in the serial monitor then the ASCII character for 1 is sent, which is 49. The code receiving that doesn't know whether 49 represents the number 49, the character 1 or something else you designed, you have to write code to interpret it the way you want. Your code is doing as expected.

Try casting the data you receive to char, that tells the code that you want to interpret the byte as a character.

If you want to interpret a series of arriving characters as a number, there is a function for that:

This code will do what you want

My SafeString library has a fancy SafeStringReader that does more, but the above basically works

I have not found any random numbers! 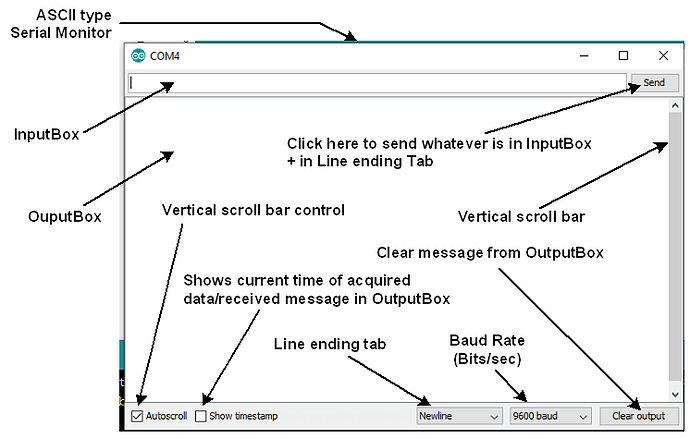 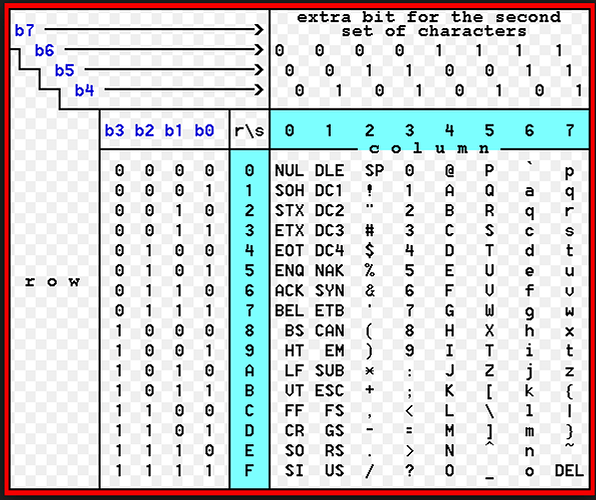 3. This is the sketch that you have uploaded in Arduino UNO.

(2) You have executed the following code to bring 32 (00110010) from Serial Buffer and keep it into integer type (16-bit) variable value. As you have declared value as a global variable, it has been initialized to 0x0000.

(4) You have executed the following line to show the content of the variable value onto the OutputBox of SM. 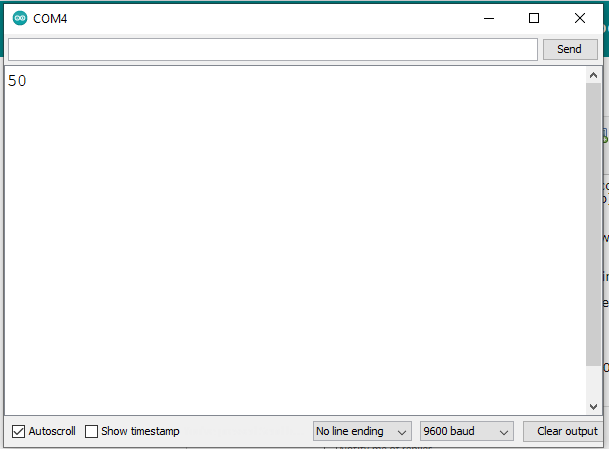 (6) To see the character (that was entered in the InputBox) back on the OutputBox, the following code could be added in the sketch. The SM now shows (50) 2 (Fig-4). 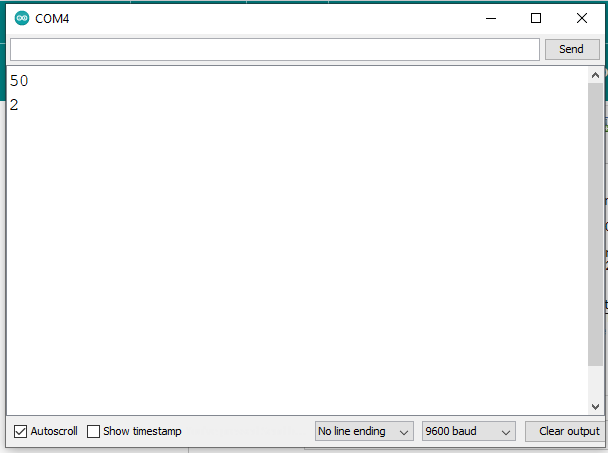 The Serial.println() command brings the cursor at the next line (also called Line Feed = LF) position. 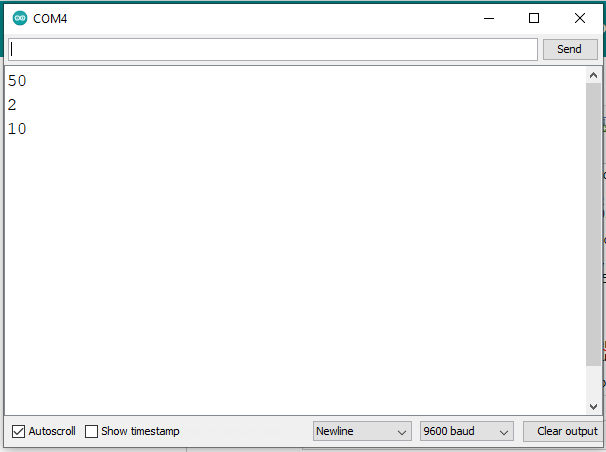 Note: The meaning of: int value = Serial.read() returns 16-bit value.
(1) Lower 8-bit of the variable value comes from the Serial Buffer (the ASCII code of 2 in this example).
(2) The upper 8-bit of the value variable comes from UCSR0A Register of MCU. It might have value other than 0 if there happens to be some errors in the received data byte that is coming from Serial Monitor. The errors could be framing error, data overrun etc.