I got my Arduino 2560 and was able to install the software and load the blink sketch to test and all worked as expected, except....

The power led is red instead of green and the led for pin 13 was red even before the first sketch was uploaded. Shouldn't the power led be green? And shouldn't the pin 13 led be out by default.

Even with the red power led, I was able to upload the blink scetch and make modificatios and get expected results. Just want to not screw something up because I dont recognize a problem.

Did you get the Arduino Mega 2560 from Arduino or is it a cheap knock-off. The genuine one will say Made in Italy on it.

The board says Arduino Mega on the front and has the Arduino logo and a small 2560 under the Mega
On the back there are some differences in the silk screening from the image on arduino.cc in that the colors are reversed (blue background and white lettering) and it says "Designed in italy" rather than "Made..." and has the same map of Italy in the same position. I don't think I paid a discounted price (about $54 US through an amizon dealer) If this is not the real thing then it would more accurately be called a "regularly priced forgery".

Do you you still have thoughts that it might not be real?

I have attached images of the board just for clerification. 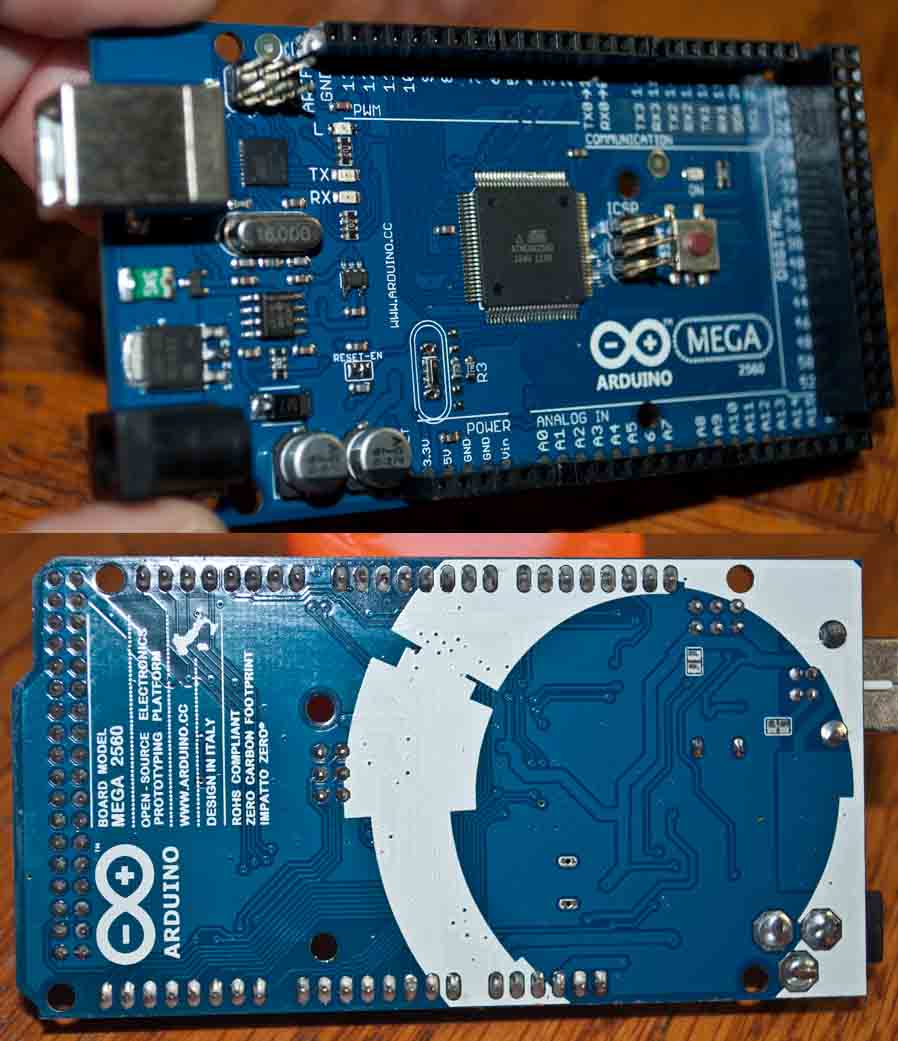 There are no multi color LEDs used on Arduino boards so the actual color is meaningless. However, no sane designer would use "red" to indicate "good" power.

Seems like a rash of posts from people buying on Amazon the last week or so. All with clones.

crchisholm:
If this is not the real thing then it would more accurately be called a "regularly priced forgery".

That's exactly what it is.

Thats a pretty expensive fake.
I've heard the clone are decent but not for nearly full price.

There are no multi color LEDs so the actual color is meaningless.

There are multicolor LEDs but none on an Arduino.

Camera and lighting can affect this

And I am sure there is no worthwhile recourse. Well I guess I can only go as far as I can with this one and correct my error.

Thank you very much for educating me.

crchisholm:
And I am sure there is no worthwhile recourse. Well I guess I can only go as far as I can with this one and correct my error.

Since the board says "Arduino" on it you can report them for trademark infringement. Anyone can legally make an Arduino clone as long as they don't call it an Arduino.

crchisholm:
And I am sure there is no worthwhile recourse. Well I guess I can only go as far as I can with this one and correct my error.

In general if the board works you shouldn't have any issues. There is nothing proprietary or hidden about an Arduino, which is why the clones exist.

At the very least you should contact the seller (not Amazon, but the person selling through Amazon.) They may not even be aware they are selling clones.

font face is wrong, oscillator is upside down, wrong LED color, and no white oval to left of R3 (nor an R3 label)

Yep, looks like I got a knock off from Amazon as well. my board looks identical to yours, except in UNO flavor. Worked exactly alike, but I managed to fry the USB controller chip rendering near useless. I Have just found a work around however.

I have this issue on some NANO boards I purchased.
However, my "D13" LED marked "L" on the board is pulsing, like a heartbeat.
Can't get it to be recognized in the IDE. Not sure how to get it to show up in the Port list.

It is important to get the terminology here right.

A "clone" is a copy of an Arduino board which does not claim to be manufactured by Arduino itself. There's nothing wrong with clone boards - other than occasional quality issues.

That board is not a clone, but a "counterfeit" board, that is, a clone which is marketed as an official board. 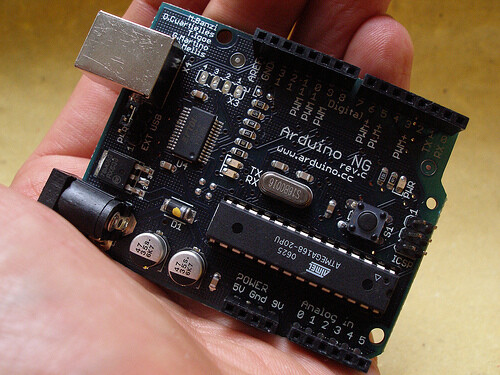 Send in the clones | Arduino Blog

When we came up with Arduino, one of the things we decided very early on was that we wanted to release the hardware design files so that people could make their own versions or just make an exact copy if they couldn’t find boards where they lived. I...

Regardless, the practical impact (other than being something to fight with the dishonest vendor about) isn't much - most counterfeits work normally, they just deliver the outsized profit (the clone mega2560 is 12 bucks for cheap ones, 20ish for nice ones) to some dishonest manufacturer, instead of the Arduino development team

I have problem on my Arduino Nano board.

Can not be recognized in the IDE - problem uploading bord.

TamaraRa:
I have problem on my Arduino Nano board.

Can not be recognized in the IDE - problem uploading bord.

You might have a clone with CH340 USB-to-TTL chip; as said in this thread, the red power led indicates that. In that case you have to install the driver if you're using Windows; not checked but I suspect that http://www.wch.cn/download/CH341SER_EXE.html

PS The original question was about the Mega, not a Nano !