I offer software for DOMINATOR project from year 2018. It is usable for Airsoft, Paintball sports for game mode DOMIANTION (Capture Point). There are two versions, one is using RFID entry with compatible cards, wristbands, second is using standard hardware pushbuttons for user entry. 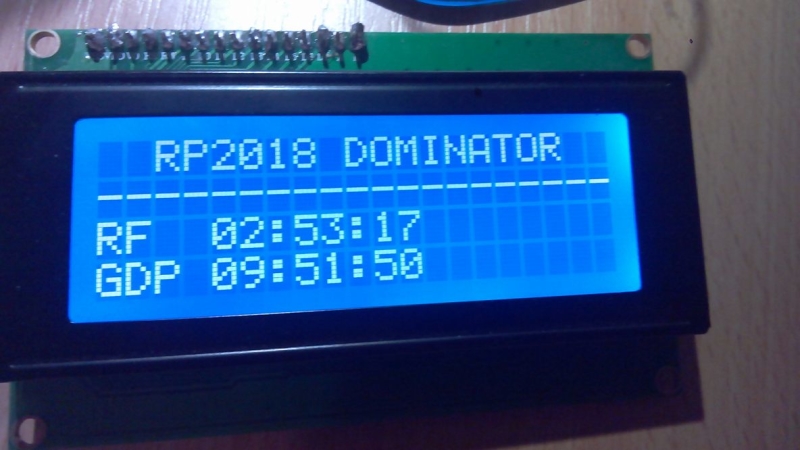 The RC522 reader operates at a frequency of 13.56MHz, RFID tags registers at about 3 centimeters (almost physical contact with the reader is necessary), compatible tag format ISO / IEC 14443 A.

For the RFID version, there is a PCB design for production by photo path or from GERBER files. The PCB is double-sided with overlays. GERBER file can be made for really good price at some JLCPCB or PCBWAY manufacturers. Dimensions of PCB is 100x105mm. Both versions of PCB designs are delivered free of charge to RFID DOMINATOR. 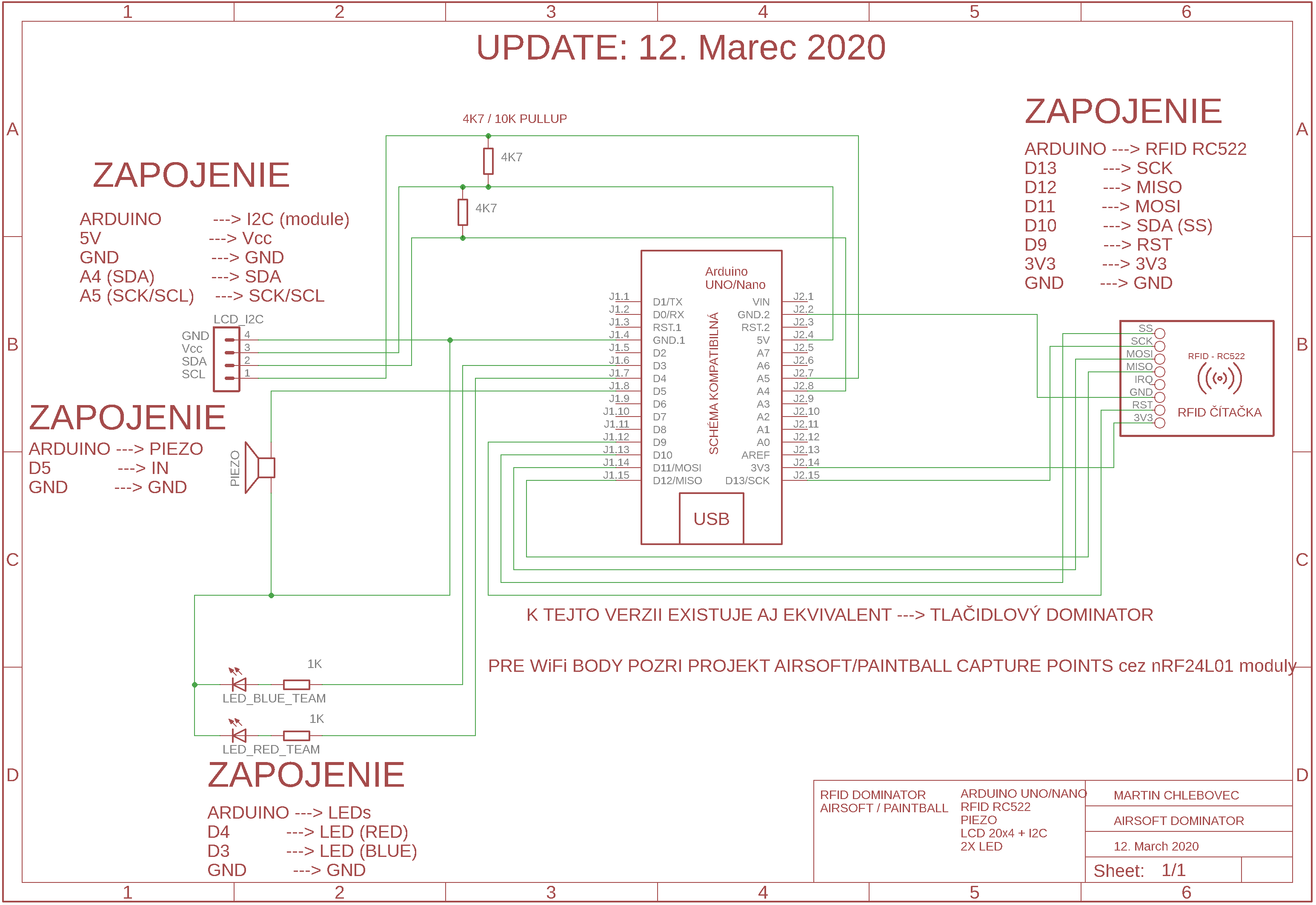 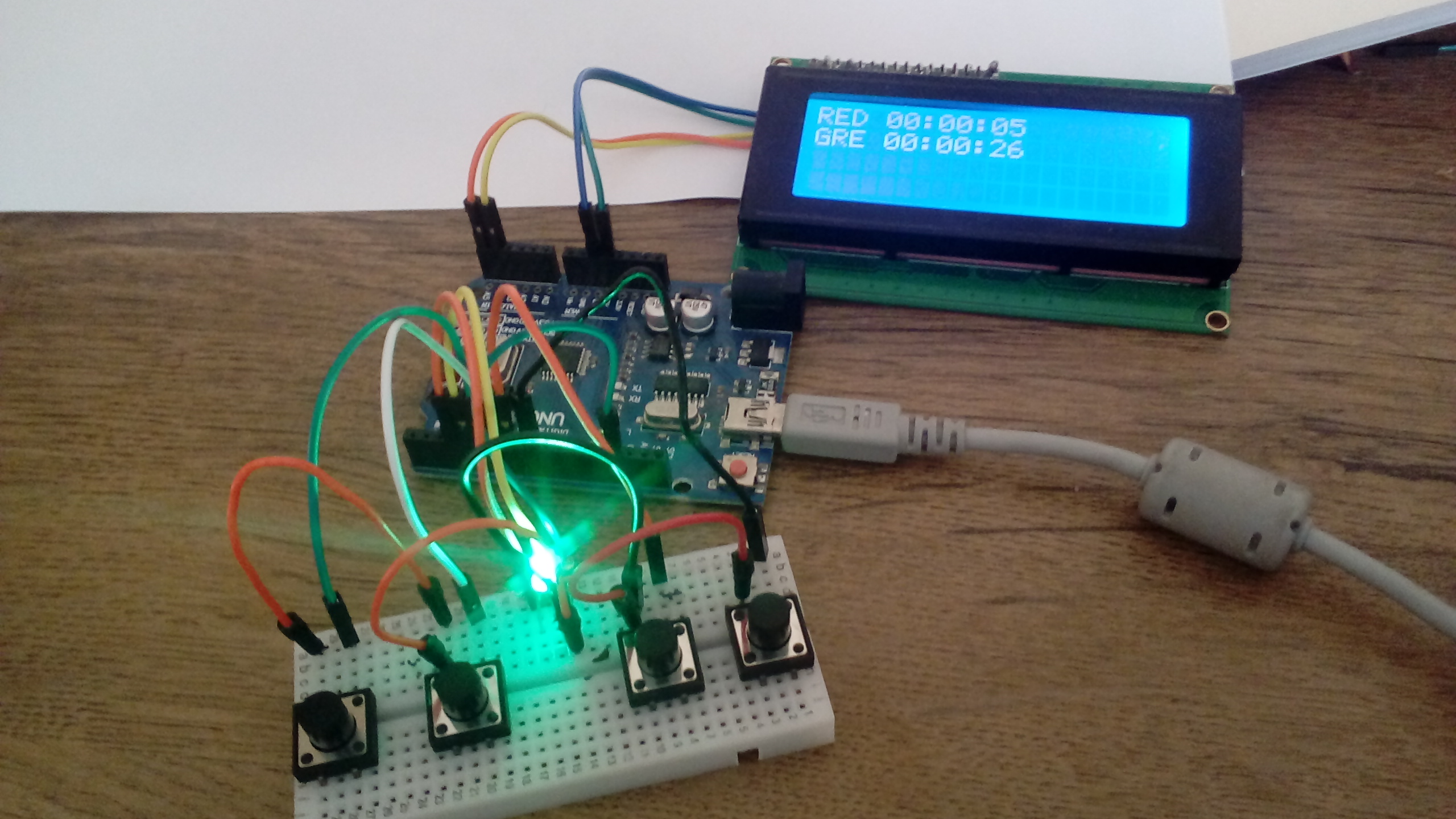 During this time it is possible to verify the response of the system to the inputs, the behavior of the system. The shareware version is in machine code .hex, which must be uploaded via AVRDUDE software to Arduino, or via GUI interface using XLoader app. There are versions for I2C address converter 0x3F and 0x27. Contact by e-mail (at the end) to request a machine code for testing. 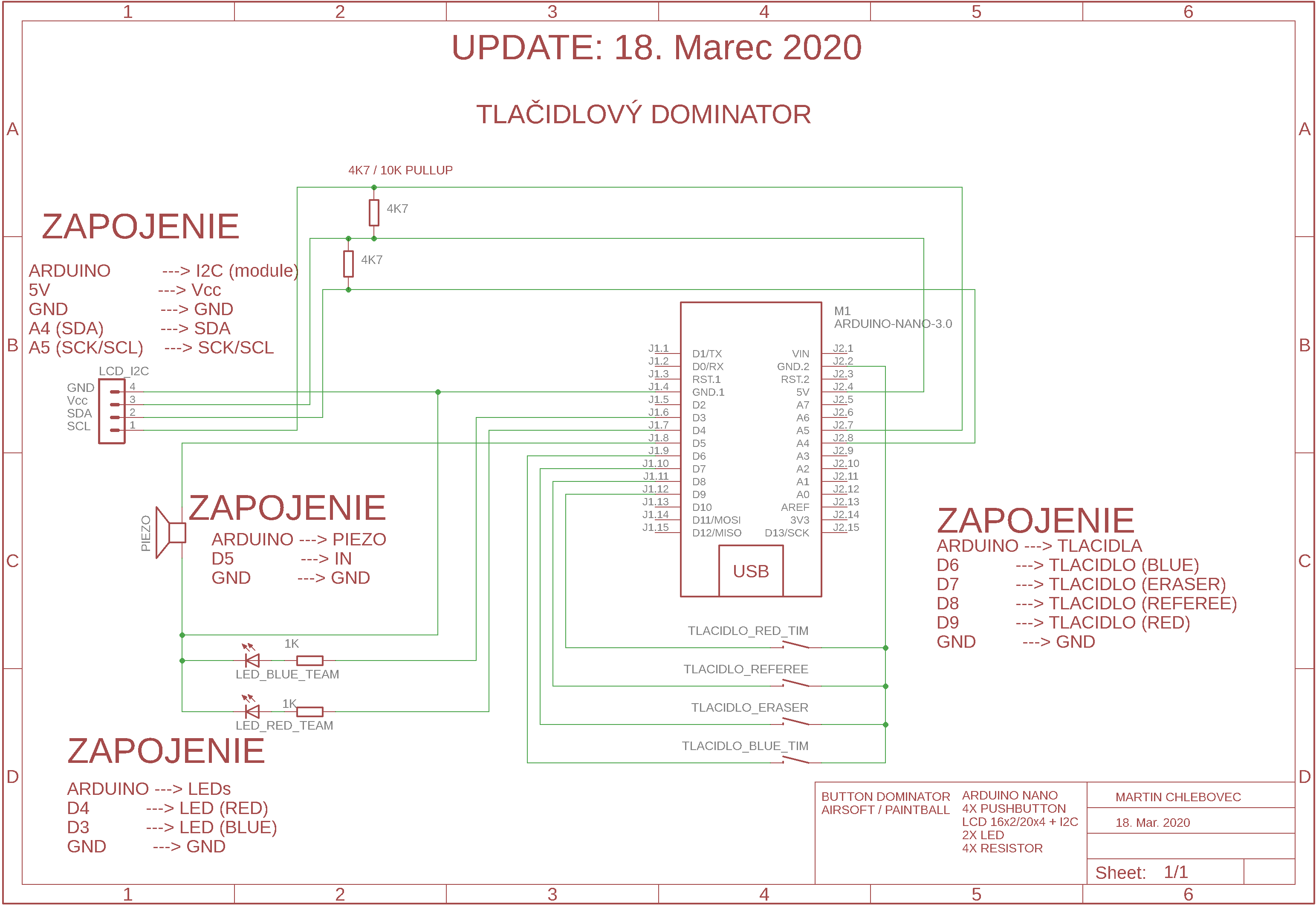