I am currently developing a project in which two microcontrollers communicate with eachother over UART.

So far, I had no problems with sending data (bytes) between the microcontrollers.

But now, I need to send 16bit(int) and 32bit(unsigned long) variables over UART.

How can I split up bigger integer types into two/four bytes to send them over UART and then join them together again?

And on the other microcontroller:

I think I understood what you meant with the union, I already used it for structs.

I will try it and if it works, I think I wont have any more questions.

You are welcome. Good luck.

You are welcome. Good luck.

Ok, now I successfully integrated the transmission concept in my communication protocol.

For others who might have the same problem in the future, this is the basic principle:

But, you have not posted your hardware setup and full codes for the Transmitter and Receiver. The codes that you have posted are also not presented in a literate way.

Have you noticed that an integer value can be sent and be reconstructed without using union? 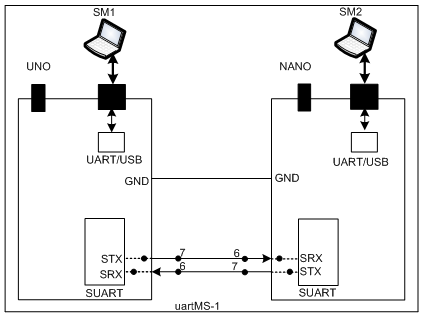 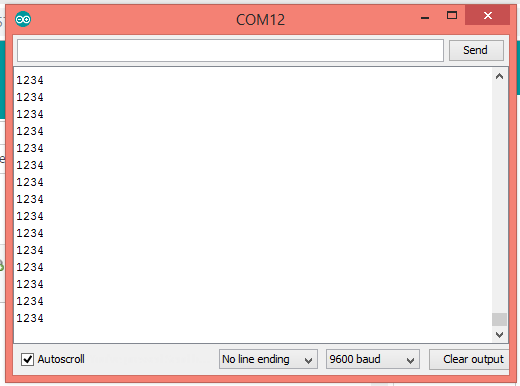 No, I did not know about this method.

I am pretty sure you would not like to see the whole code and the hardware setup, it is very complex.

This method looks useful, but does it also work for 32bit variables?

hallolo:
This method looks useful, but does it also work for 32bit variables?

Just use another union...

Guess what: this idea works for floats too! How cool is that?

Just use another union...

Of course, this was clear to me. This question referred to the low/highByte method.

hallolo:
I am pretty sure you would not like to see the whole code and the hardware setup, it is very complex.

Which Arduino Boards you are using as Transmitter and Receiver.

Are you using hardware UART Ports for data exchange between the Arduinos?