I have this servo : TGY-SM-4309R
and i used this sketch in arduino uno just to test if my servo is working or no,
ps: I linked the between the servo and arduino directly without any regulator or resistor... so linked GND of TGY-SM-4309R with GND of arduino. Vcc Of TGY-SM-4309R with 3,3V pin and the control to the Pin 9 of arduino ( i attached a picture to show the way i linked arduino with that Servo)

this is the sketch i uploaded in the arduino:

and the result is this: servo directly controled by Arduino. (problem) - YouTube

Can someone tell me where is the problem??? 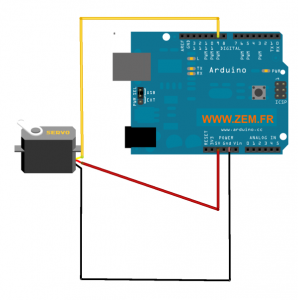 Can someone tell me where is the problem?

I can't see the video, but your diagram shows you're powering the servo from the Arduino.
Don't do that.

Can someone tell me where is the problem?

I can't see the video, but your diagram shows you're powering the servo from the Arduino.
Don't do that.

Beat me to it, so my contribution is the pic below. 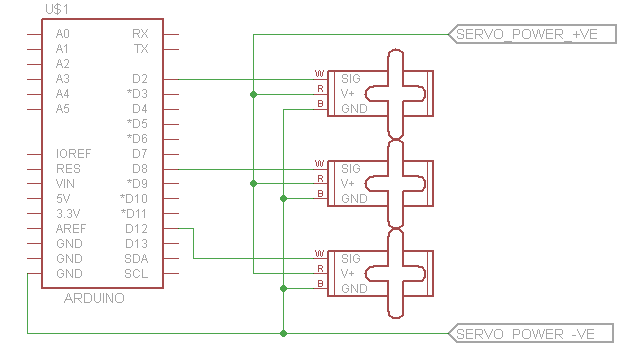 What results did you expect? That device is clearly not a servo, so expecting it to behave like one is unrealistic.

I think the definition of 360 degree servo is not clear and unambiguous - The rotation angle should be defined under the frame work of PWM range, i.e. a protocol of communication.

For the servo prom OP has, it seems like it is a continuous rotate servo, or called it geared motor /ESC with servo horn to be more precise. All you need to power it is a pwm very close around 1.5ms should control it to turn or stop. Which is useful to some application.