It's at least 2 weeks too early for that sort of thing :)

They wanted £12 for a small artificial tree (and £15 for a small real one) near me. No way I would pay that much. 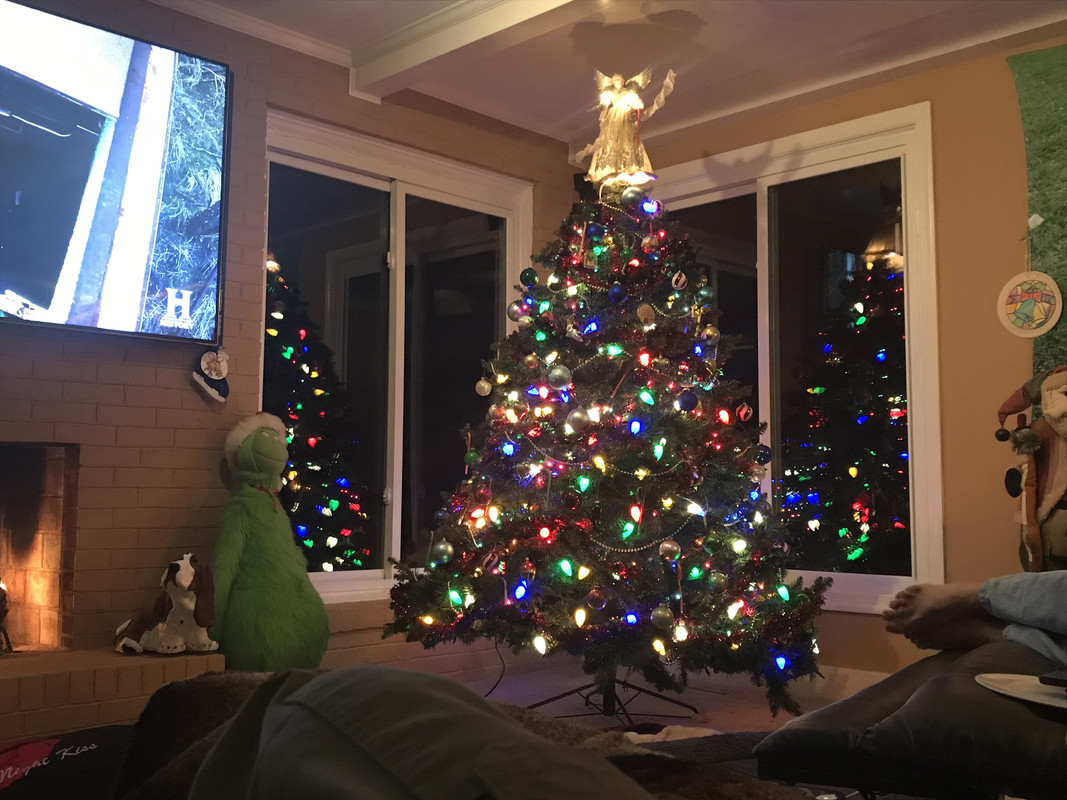 When four of Santa's elves got sick, the trainee elves did not produce toys as fast as the regular ones, and Santa began to feel the pre-Christmas pressure.

Then Mrs. Claus told Santa that her Mother was coming to visit, which stressed Santa even more.

When he went to harness the reindeer, he found that three of them were about to give birth and two others had jumped the fence and were out, Heaven knows where.

Then when he began to load the sleigh, one of the floorboards cracked, the toy bag fell to the ground and all the toys were scattered.

Frustrated, Santa went in the house for a cup of apple cider and a shot of rum. When he went to the cupboard, he discovered the elves had drunk all the cider and hidden the liquor.

In his frustration, he accidentally dropped the cider jug, and it broke into hundreds of little glass pieces all over the kitchen floor.

He went to get the broom and found the mice had eaten all the straw off the end of the broom.

Just then the doorbell rang, and an irritated Santa marched to the door, yanked it open, and there stood a little angel with a great big Christmas tree.

The angel said very cheerfully, "Merry Christmas, Santa. Isn't this a lovely day? I have a beautiful tree for you. Where would you like me to stick it?"

And thus began the tradition of the little angel on top of the Christmas tree.

Be careful of females.

can’t believe i was the only one willing to lift my skirt.

Larry, this is why I'm a animaltarian.

How many songs can you identify here?

larryd: How many songs can you identify here?

We haven't put up the indoor tree yet, but here's the door:

ChrisTenone: We haven't put up the indoor tree yet, but here's the door:

OK OK, I'm getting my coat