I forgot that dip package is counter clock wise and plugged some stuff on the 15+ pins on the wrong end it works now.
You can delete this thread if you want.
I bought the mcp23018 because I wanted more i/o ports on my uno so I wired it up to get an open drain circuit only the yellow led is supposed to be on however both of them are on even when I set portb to zero both of them are still on and I can not understand why I am using the mcp23018 library:

Sketches to explore Arduino coding. Contribute to maniacbug/Arduino development by creating an account on GitHub.

and here is my code Also I have attached a picture of my breadboard and here is the datasheet http://ww1.microchip.com/downloads/en/DeviceDoc/22103a.pdf 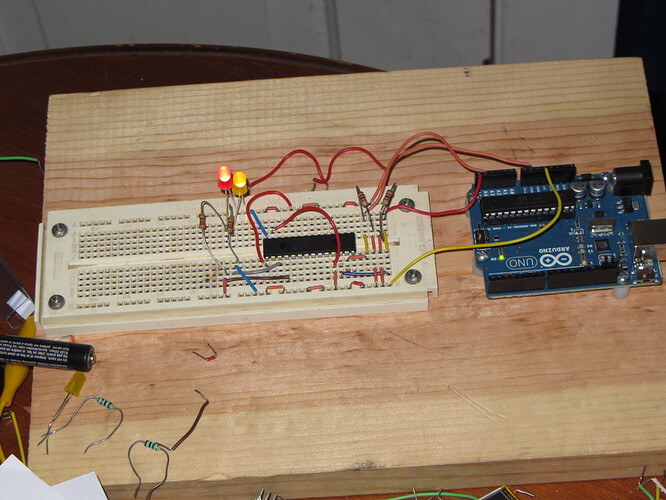 The second line of the datasheet says "I/O pins default to input". Do you need to set your output pins as outputs?

The outputs are Open Drain which means they switch between DISCONNECTED and GROUND. Do you have the LED connected between +5 and the output (with an appropriate current limiting resistor in series)?

That is what I did and they are still all on. 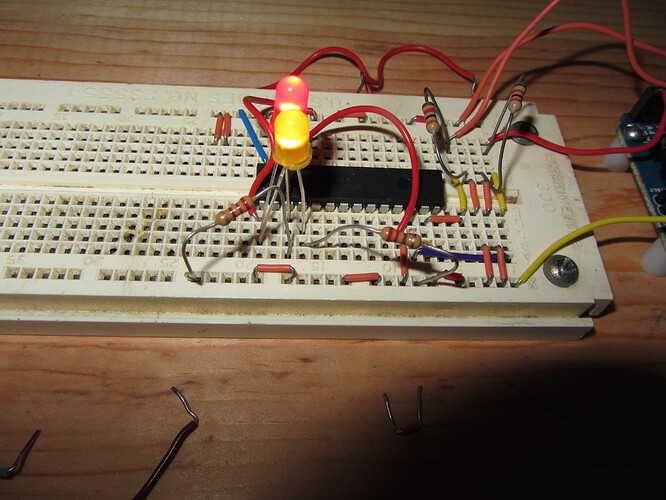