GRR, my project to make a hot plate controller for SMD soldering is NOT cooperating. I put together a simple schematic based on the reference design and had a prototype board made, but when I plug a lamp into the "load" side, it's always on. To test if there was a problem with the MOC3043, I pulled that chip--and the lamp still came on. I disconnected the controller input... lamp still on. I pulled out the 39-ohm resistor and C1, no change.

Cutting out R2 (330 ohm between A2 and gate) prevents the lamp from coming on, but then it never comes on. I feel I'm missing something hideously obvious. Halp? Schematics and photo attached; code is totally irrelevant at this point!

Note that the heatsink as shown in the schematic is probably on the wrong side (pin 3 should be gate; I think I made the footprint backward).

It's not even clear to me the best way to test this. I do have an analog scope, but since the lamp comes on even without the MOC3043 socketed, I must be missing something much larger. The large box is a 5v power supply to feed the AVR, but I can't see how that would cause any problem like this. 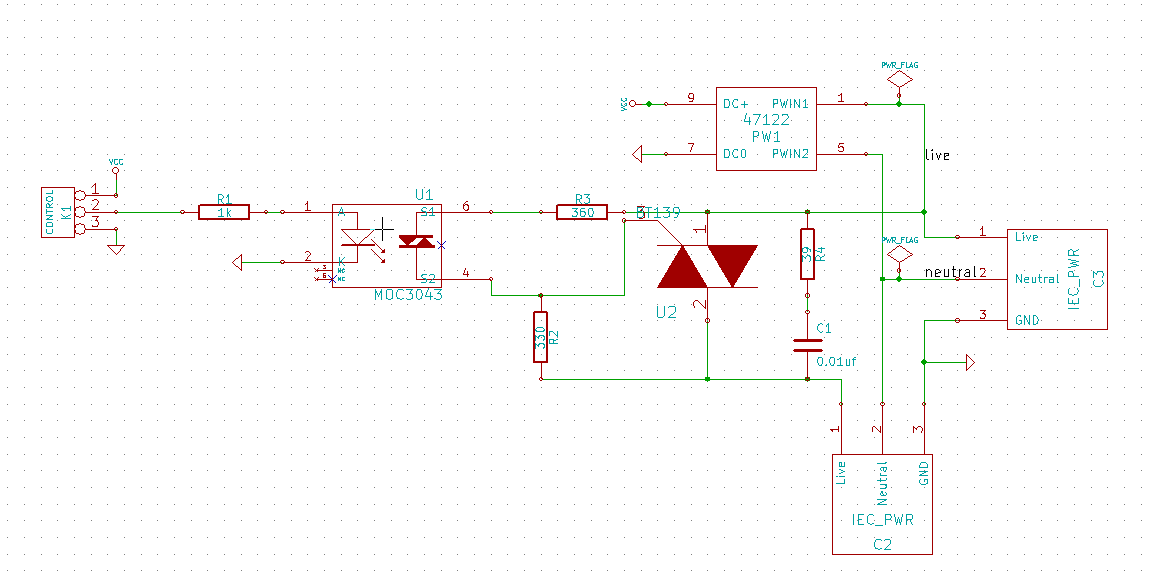 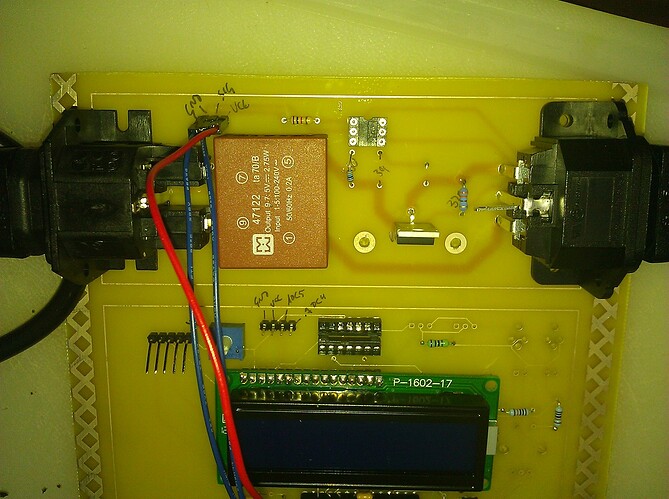 MT2 and MT1 aren't interchangeable.
Your schematic shows MT2 as the output and MT1 going to Line.
MT2 should go to Line. 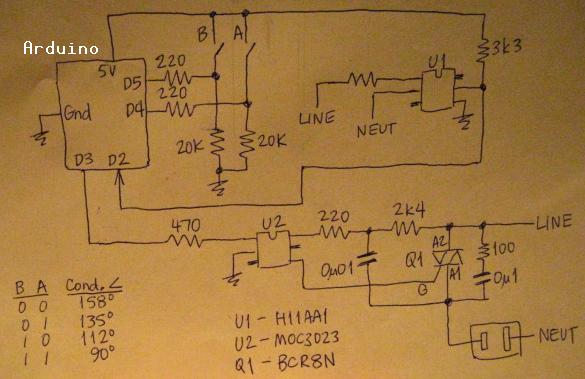 boggle --hmm, I had thought the two were interchangeable wot with it being AC, but obviously that was far too simplistic. I'll see if I can pretzel one of my "test" triacs into the right holes and give it a go. Thanks!

Huh, these thangs work like a champ when you don't hook them up backward. Who'da thunk it?