Sparkfun going into the cloud? Invitation to praise/curse cloud computing

Here is an image I used on my blog: 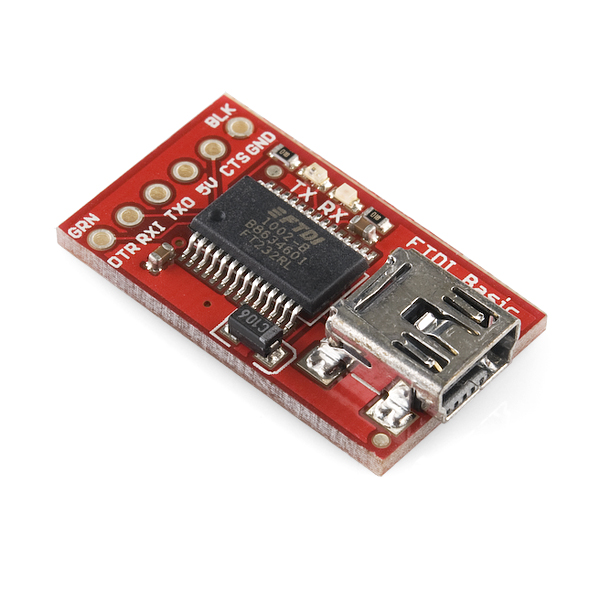 A few days ago those images were still on sparkfun.com. I downloaded a few images from their site as reference. Now it's on the cloud. Anyone interested in opening a can of worm here and rant about how you like/hate clouds?

Rant about how you like/hate clouds?

Yes! I was just discussing this over lunch today. Personally, I find it annoying how Cumulus cloud cover allows for great visibility but offers a bumpy ride while flying. While Cirrus cloud cover is smooth with very limited visibility. I'll be happier once I am instrument rated, until then I will curse "The Cloud."

Rant about how you like/hate clouds?

Yes! I was just discussing this over lunch today. Personally, I find it annoying how Cumulus cloud cover allows for great visibility but offers a bumpy ride while flying. While Cirrus cloud cover is smooth with very limited visibility. I'll be happier once I am instrument rated, until then I will curse "The Cloud." [/quote]

On the topic of "The Cloud"

I kinda like the idea as it means all backups etc are done by someone else but it does mean that if that person/computer interface doing your backups messes up then it is out of your control.

Personally I have never used it for my files as I am not always connected to the internet and it is faster to have them all on hand on a hard drive or memory stick but I think I will use it in future for backups as that's not something I am very good at.

Yea, what Mowcius said too

I also hate that Microsoft commercial where the lady uses some photo editing software then says the cloud made it possible...

I believe they call it "moving to the cloud"

No way in hell I'm trusting my data to some ephemeral thing controlled by other people and businesses, quite apart from the bandwidth I'd need to backup X giga bytes every day.

Cloud? pigs arse, I'll keep my feet on the ground thanks :)

I don't think it is limited to storing stuff in the cloud, but also running every single possible application from the cloud so that you don't have to have installed your MS word on all your computers or public computers but once you have moved to the cloud, you can use any computer to access any software you've purchased. XD

The downside, well, ah, ok, you have to pay annual freaking fees, like the cable companies have you do. You will cease to own a piece of software, have the ability to own a perpetual license to a software, or sell your license to others like selling used books, or refuse to upgrade. You pay as you use and you use as you pay. As long as you breath, you pay. You can't sell your access to the software you buy to others, it's locked in to you only. It's freaking uncle sam squeezing your pennies. It's like the e books, wow they're cheaper and "GREEN" but you can't sell them or put them on your shelf as furniture. You buy subscription and you consume a product, there's no secondary market to buy or sell used items, there is simply no items to resell.

Plus all the n-cores of your GHz cpu, GB ram, and TB hard drive computer are doing nothing unless told by the cloud what to do, freaking dummy terminals, as all decisions are made by the software running cloud. We've made one step forward, but a giant leap backward.

@liudr: "You will cease to own a piece of software, have the ability to own a perpetual license to a software, or sell your license to others like selling used books, or refuse to upgrade."

That's already the case. With proprietary software you don't "own" it anyway: you can't "buy" software unless you're paying for a copyright assignment. People talk about "buying software" all the time but in almost every single case that term is totally incorrect: what they really mean is "buying a license to the software". And selling licenses like used books? You generally can't do that either. In fact if you have a Windows license, and buy a new computer, you can't just install it on the new computer and use the same license key even if you've physically destroyed the old computer so it can never be used again. The license terms don't allow it. You're expected to buy a whole new license for every machine, whether you already have one or not. You can't transfer it between your own machines, let alone sell it to anyone else.

I totally get the point that you're trying to make, but saying that "moving to the cloud" removes a lot of the rights you're used to having is silly because you almost certainly didn't have those rights in the first place. You just think you did.

Long live Open Source! It makes all these stupid restrictions just go away.

Valalvax: I also hate that Microsoft commercial where the lady uses some photo editing software

Really: she says she made a family photo she could show without embarrassment, but I figure that any American family that dresses in identical plaid shirts for a portrait is incapable of embarrassment.

This cloud thing sounds like "owning" a pair spectacles that you may only use if you read a selection of books approved by someone and bought new which will self-destruct when you are done. Plus you may only read those books if you payed your subscription. And just imagine you are reading your will and your subscription runs out! XD

Man I am so out of what is going on in the computing world...I thought Cloud was a new and faster way of hosting your websites. :*

quite apart from the bandwidth I'd need to backup X giga bytes every day.

Well the whole idea is to store all of your data on there and then they back it up every day - then you just load and save things to there.

Yeah but let's take an example.

I can easily be working on a photo that's 1G in size, I download it to make some changes, then up load the modified version. There goes 2G of my monthly bandwidth (probably 2.5 or more with tranmission overheads), and I've only got 3G total :)

Then there's the X hours to get/put the photo and I also have to upload several TB of data in the first place :astonished:

I can see that someone with smaller files (say people in IT using sources codes), high speed access and/or huge data plans this makes some sense, it has to be the ultimate off-site backup (but still keep a local version).

As for executing a program from the Cloud, who in their right mind would want to do that and be totaly under the control of who-knows-what company. Not this little black duck.

Well I'd never have files that large... I suppose for something like video I might do but they would be kept local and in copied SSD storage when I get the money. I will hopefully be shifting all of my storage to SSD soon.

As for executing a program from the Cloud, who in their right mind would want to do that and be totaly under the control of who-knows-what company. Not this little black duck.

Yeah I agree with you there.

I think you obscured the boundaries between OEM license and perpetual license and some more.

In OEM licnese, the software is licensed to be used ONLY with specific piece of hardware, that is why you can't use your win XP disk on a computer other than the one it comes with. The license is tied to/locked to the hardware. It's strange and wrong but you all agreed to it.That I don't like much but can bare since if I preserve the hardware, I still have my rights to run the software. I am not saying that own the software but I own a seat to use it on the specific hardware (OEM) or not (non-OEM). The ownership is with the author or company. I can't see the source code so how can I own it? I have ownership to its usage. Do you really own your book? Well, the text belongs to the publisher and you can't just use the text anywhere you like.

Now about perpetual license, I have a few disks of sim city 2000 from early 90s. If I will, I can purchase an old mac and run the game on the computer. The privilege of using the software in mine and it doesn't go away as long as I have the disks and serial code. I am not bound by subscription, like sims of the day. If I stop paying I will lose my character or something. Perpetual and annual subscription are very different. I have perpetual license on most my software. If I keep old hardware that work with the software, I can be buried with them. Anyone interested in selling me your wolf-3d original game? I'm listening!

liudr:
Anyone interested in selling me your wolf-3d original game? I’m listening!

This is off topic but if you can send me that in mail I can trade with you my arduino shield PCB and some parts.

More have come! The more the merrier! What's your take on cloud computing?

[Get it? That's a science joke, people.]

Cloud computing is pretty much what we used to call "timesharing", but with better "terminals" than Teletypes and character-only CRTs.