Has anyone hands on experience with Sugru? Positive or negative, there are only a few threads mentioning this material and it looks quite useful.

I assume it's silicone rubber. I have used something similar (EasyMold). The stuff makes great tool handles.

Some things I know...

• If it will be in contact with food (after curing, of course) make certain it is "food grade".

• Be weary of the cure time. It can be difficult to get it in the right shape within one minute. After about half the cure time it will get significantly rigid. A little planning goes a long way.

• This...
http://sugru.com/us/guides/how-to-repair-your-dishwasher
...is very difficult to get right. It naturally tends to pull away from other materials. It is not glue or even glue-like. Make certain what it is supposed to "stick" to is very clean.

• Make certain it is well mixed.

• Make certain it is stable over about double the cure time (don't move it around).

• While curing, it will sag because of gravity.

• If you buy in "bulk", do not accidentally contaminate one with the other or you will end up with a hockey puck.

This is a bit creepy: "This brightly coloured smelly silicone blob..." None of the silicone rubber I've worked with is "smelly".

I think I paid about $20 per ounce the last time I bought some (came in two equally sized containers).

apparently you can fake it with corn starch and caulk 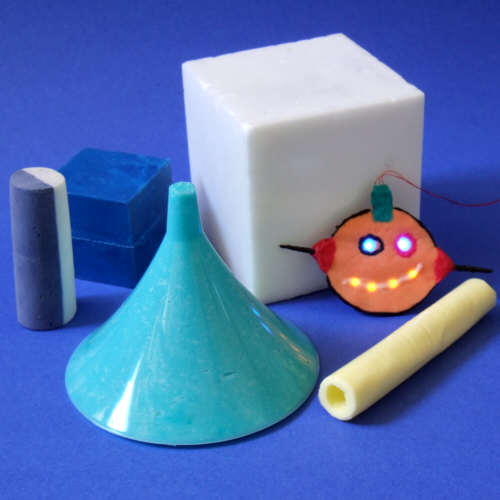 How to Make Your Own Sugru Substitute

if that's anything like the name brand recipe, it explains the smell

robtillaart:
Has anyone hands on experience with Sugru? Positive or negative, there are only a few threads mentioning this material and it looks quite useful.

My grandkids love the stuff. It comes in many colors and sticks to most anything, except your hands.

have used something similar (EasyMold).

As far as I can tell, sugru is subtly different than prior silicone molding compounds, particularly in that it's designed to stick to things rather than pull away cleanly. I haven't actually used it myself.

We bought a small mixer and working with one of our engineer friends to design a packaging machine, we built it for £5,000 and it ran on an arduino.

I used Sugru quite a few things and it's good at joining things together. I found it expensive though.

I also use this two part epoxy putty which is great to work with:

Best thing since sliced bread. I have fixed a broken handle on a casserole/pot. The handle broke of, I made a new one of two packets SUGRO and stuck it on the brackets. Has worked fine for four months (and I lift the pot with 2-3 litres boiling water in it). Also the cutlery/silverware-basket in the dishwasher the plastic netting in the bottom broke. I did some patching with Sugro. Still there after 5 months of daily dishwasher operation - and holding the cutlery.

This is a pretty impressive video, demonstrating the "stickiness" capabilities pretty well: 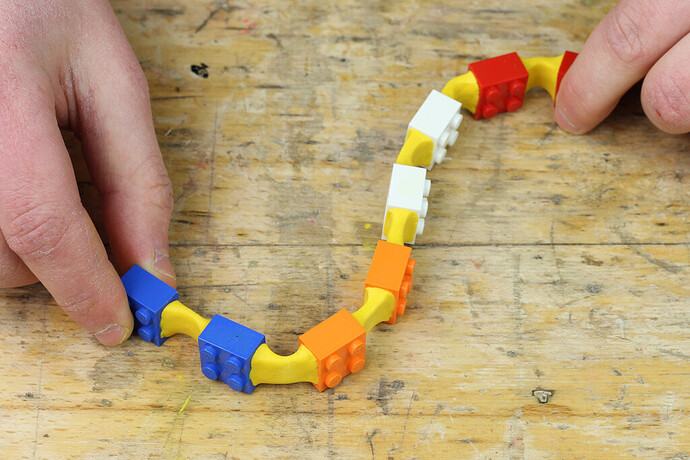 This promo video by sugru really shows some fun stuff you can do with your favorite bricks and some sugru putty. My favorites are the non-standard brick

(It IS an advertisement. YMMV.)