I am just finishing my track car and was going to fit some gauges to keep and eye on a few things like oil temp, oil pressure, afr, coolant temp etc but the dashboard was going to look very crowded. So I sat thinking and remembered I had a broken portable dvd player lying around but the tft lcd screen still worked. It is this one here...http://www.welectronics.com/dvd/Akai/AKAI_PDVD_170.HTML I have now dismantled it and removed the screen and connected pcb's.

My Idea was to power this with an arduino board and various sensors and get them to display on the screen similar to this....http://www.welectronics.com/dvd/Akai/AKAI_PDVD_170.HTML ----- LCDash talking to MegaSquirt - YouTube I have been reading this forum and looking around the interweb and found some code for reading temp and pres sensors but I am unsure how I would go about getting it to display on the tft display. Can anyone give me any advice or point me in a good direction where I can read up how to do it or find some more code....

Are there any serial or type numbers on the TFT?
otherwise it will be difficult...... to use this tft.

The sensor requirements are all doable, although some may be easier than others ...

i think controlling that lcd screen is out of the scope of an arduino. you'll have to hope that you can get a controller board from it and hopefully it has a vga input. if so then you could use one of the 4d system's vga modules to get something to display on it. That being said, i'd never use that screen. it's a transmissive screen and will wash out if the sun hits it or possibly even on a sunny day. not something you want for your gauges in a race car.

you may be better off investing in something like this:
http://cgi.ebay.com/ws/eBayISAPI.dll?ViewItem&item=110659973152&ssPageName=ADME:B:WNASIF:US:1123
i've talked to some people about this board, and it's pretty good but still not the best in direct sunlight.

or one of the smaller arduino friendly dsiplays.
im using this one for my project: 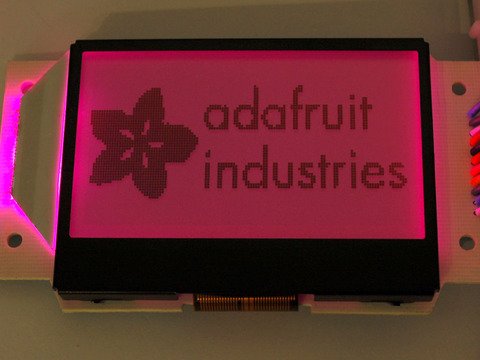 This graphical display looks great, costs less! The dark gray pixels are visible in daylight, and there's also a full RGB LED backlight, which you can control with PWM to make any color ...

the thing that drew me to this is that it's transflective... aka sunlight readable. (my project is going on a boat. so i've done a lot of research)
most motorcycles use a similar type of display. nothing fancy or full color.

another thing you could consider doing is rooting a nook touch and taking advantage of it's 'eink' display. this will be good unless you race at night. though, it'll be tougher to integrate into your system because you'll need to learn processing or qt (or other programs) to make a gui/gauge cluster display that'll work with the android os.

you could use character vfd's as well. but you dont want to look at numbers when your racing. analog gauges are much easier to glance at for quick information.

last idea i have. which is a sort of hybrid. is to take a nook touch and mount two mini stepper motors in front of it (you could make pod that looks really cool and gives the display a kidney look... covering up some of the dipslay with plastic... the steppers hidden in the base of it). then you could use the e-ink display to change the background of the gauge. and have your steppers adjust to whatever display is on the screen. This will be cool as hell if you fabricate the surround correctly and will also overcome the refresh rate of the eink display.
something like this:

where the background would be the screen (even though that isnt a scren in the pic) but more to the point, how the needle is mounted

you could also... using the diy analog/stepper gauge idea... make an actual gauge but place a screen in the center for aux information. (boost, a/f, etc) and then also have a ring of led's around the border of the gauge for a 3rd gauge.
so for example. the needle/stepper would show tach, the middle digital readout would show speed, and the led ring would show a/f. you can have the center screen cylce through information too... dunno if thats something you'd want to have to control while racing though

thanks for the reply scott. So many ideas.....

I have to admit I am relatively new to all this so it is taking some reading. I do have the controller module for that tft screen as I kept all the pcb boards I removed when stripping the dvd player.

Although that screen is not the best if I had to use it would I plug the controller board with vga output into a board similar to this....http://shop.4dsystems.com.au/vga-embedded-vga-graphics-modules/281-9004.html....would I then still need the arduino board for the code for the various sensors?

I do like the the idea of the touch screen with dell motherboard. Would this be easier to program and setup for the car? If I went with this setup how would the sensor be plugged into the board or would it be through an arduino plugged into the motherboard?

I have looked at the ardufruit boards in the past and they look the easiest of the lot really to get started with.

Sorry for all the questions scott. I would like to stick with a 7" tft screen(only because I have started the surround for it) but what one would you say would be the easiest?

first off i'll give you the disclaimer that i've very new to arduino's so there are probably a ton of people on the board that'll give you better advice. I have however done a lot of diy work with car computers and even the boat system i'm working on now. The major hurdle for me was sunlight visibility. so before you go too much further with your fabrication, i'd try to put the dvd player back together and try to view it outside. these lcd screens usually aren't very bright and will get very washed out in sunlight.

if your lcd controller board does have a vga input, then that vga module you linked too should work. I've talked with that company about that board specifically for my project and it seems like it'll do the trick perfectly. with the use of image files, i bet you can make something that looks really good.

i believe the easiest route would be to use an arduino for the signal processing. the support group here is just amazing. and the archives are full with knowledge of everything you can think of being covered already. I started programming for the first time ever about 6 months ago and now i'm making some pretty cool/fun things.

the dell motherboard was just a link/cross sale in that thread. i was suggesting you use that monitor with the 4dsystems controller for the easiest system (i think) and leave the pc out of it. when you get into the pc you'll have to start leaning how to code in qt or processing.org or other ones that im not familiar with. that'll just add complexity to your system and you'll need an even steeper learning curve to tackle both (though the arduino ide is based on the processing ide). however, i think if i were going the pc/screen route, i'd look into the oqo ultra portable computers (they are supposed to have a better screen for outdoor use) or as one person suggested on this site; the eee-pc 701.

as for adafruit. i absolutely love that site. i get most everything from them. the work they put into making libraries and how-to's is top notch.

as for which would be easiest. coming from one n00b to another. it's a tricky question. i'm using the serial glcd display and i find it to be pretty straight forward. i work in the visual effects industry so the resolution is almost comical to me, but it does the trick. I've never used the 4d systems product, but there is a library for it and a recent forum post (do a search) that'll show you more of what it can do. but going that route i really really suggest you get a good monitor. when i had my car pc in my corvette i had to shield the monitor with my hand to barely make out what was on the screen. i eventually dropped the cash on a transflective screen which helped a lot. the last thing you want to do is to struggle viewing your gauges while racing...

I probably wouldnt attempt the pc based system. just because you have to learn a lot and it'll take a while to learn the ins and outs of programming.

i guess if i had to do it; personally, i'd make a large analog tach gauge. with one or two glcd's screens on each side.... following the lead of motorcycle gauge clusters. you want something big and easy to look at with quick glances.