Hey there,
I've somekind of a basic question. I read on the internet that a PC could easily be started with a microcontroller. This should be done with a transistor that connects the PWR_BTN with ground on the PC mainboard. The transistor should just connect these 2 wires on the PC mainboard by command from the Arduino. Unfortunately I dont know much about transistors... What could be an example of a transistor that works for this purpose? Could I easily get one of those unsoldered from an old board I have lying around? Is what I'm looking for a MOSFET transistor? Here is a little schematic:

You'll need to tap power from +5VSB to power the arduino, and hold green to ground for the system to stay on. Or you can use the case switch and only have momentary action to short the switch lead to ground for greather than 20ms but less than 1000ms, generally 40ms is acceptable. I am not sure you can use this via transistor because you will have a 0.6 volt drop, but since electrons will flow, I think you can do it. You only need a general bipolar transistor of the 5 cent type. Base goes to arduino, collector from switch lead and emitter to ground. Or something down those lines, depends if you get PNP or NPN. Make sure you have a 4K7 resistor on the transistor base, not sure if the internal pullups will be sufficient or not, they might be.

I use the green wire method on my bench PSU's since they're out of motherboard, I use the power button via relay method for my custom cases.

Having hold-on (water cooling) and hold-off (water and air cooling) used to be popular with high overclockers, not sure if it still it. hold-on let the water system start circulating for 15 seconds before the computer turned on, hold-off kept the fans and pumps running for 2 minutes after the computer had shut off. Both methods used external power for the fans/pumps.

All you need is a 5V reed relay, RadioShack's is readily available.
Place its contacts in parallel with the switch (p.b.) on the computer.
Its coil can be energised by the Arduino output; other than a flyback diode (1N4001), nothing more is required. 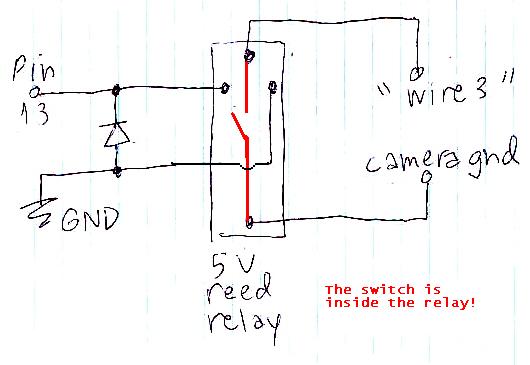 Hey guys,
Thanks for the answers. I've looked at both suggestions and found that the transistors are much cheaper than reed relays. But as I read along descriptions, I see that most often the transistor is wired to a digital pin and to ground. And when u give HIGH from the microcontroller, it connects the other pin to the ground. But could you technically use any connection, meaning that the connection u make is completely encapsulated like in a relais?
Would it work with these?:
2N3906 3 Terminals General Purpose PNP Bipolar Transistor (datasheet)
Thanks