Unable to load a specific sketch

I have an Uno R2. I want to build a stand alone programmer the one Adafruit has on their site.

Before I go out and buy the parts for it, I wanted to make sure the sketch would load as the site mentions something about some people saying it won't work with the Uno, so I figured at least get it on the Uno before I invest the money. I plug in the Uno and compile the sketch first to make sure it compiles, which it does. I then try to load the sketch and I get the following error.

If I try any other sketch that I have on my computer they load fine. Blink, find, PTP examples fine. The few sketches I've written myself fine. I thought ok, maybe it won't load on an Uno, so I grabbed a Atmega328P that had the arduino bootloader on it (tinyUSB ISP) and built a breadboard arduino, and plugged that into USB and that didn't take the sketch either, again I was able to load all the same other sketches that I had tried.

This leaves me to believe their's something wrong with Adafruit's sketch, though it compiles, so I don't think it's a program problem, but a sketch size issue, it takes of 30K of 32K, that's cutting it close, and I am not sure if their is enough time to load the whole sketch.

Does my theory sound, sound? Any thoughts or ideas as to how I can troubleshoot the problem? Would seem to me if it is a size issue then any sketch that is that large I would have a problem loading.

I'm having the exact same problem. I'm trying to look for some ways to cut down the size of the sketch but seems the jump from 25k to 29k is stopping it from fully uploading. It must partially upload as the http server access I had in the earlier version has stopped working, but it hasn't fully got the new version in. Any suggestions? Thanks,

Why not try the original Optiloader sketch? 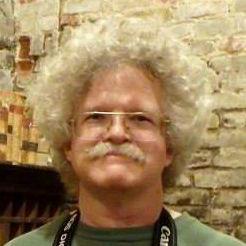