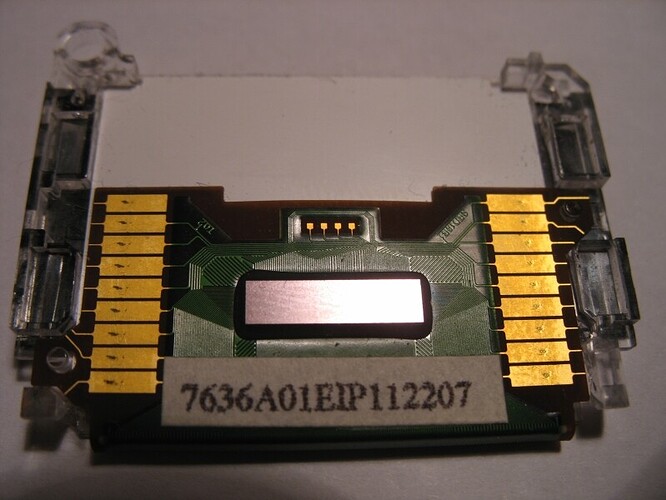 And the controller should be Epson S1D15000. Is it possible to get this to work with Arduino?

Not sure what the cap(no)+ stuff is but the rest seems pretty obvious ;D

At least you have found a datsheet. I would have thought that it would be possible to use it but it will not be easy unless it is using a common driver chip type. I presume it is a graphical, any idea of the res?

Try and find a datasheet so you can figure out what driver chip it is using. Then you will know if you have a chance in hell of getting it working.

It is graphical yes. I don't know what is the resolution and the phone won't turn on for some reason. As for the information - I can't find anything other than that. That is all I found and even that was in Russian

Hmm, well unless you can find a datasheet I think you are going to lose this battle

The controller is this:
Epson SED15B1

And here is the link to the datasheet:

(I think that it is the last chapter in that pdf)

Those cap pins should be:
Boosting capacitor pin

Yeah i'm afraid I can't help you there