I am interested in using this cable for a digital ultrasonic meter with my arduino. I've looked on the amazon page, the manufacturer's website, and googled "PT-12 datasheet" but found nothing concerning the wires within the heads of each cable. There was information about the dimensions of the transducer itself, and it should be able to both receive and send an ultrasonic signal. I'm trying to begin writing the software on my arduino, but want to understand how the wires will work more when connected to the arduino. Obviously they will have to be cut unless I had some sort of adapter. There at least should be four wires within the two heads of the cable: ground, power, transmit, and receive. So which of the two cables would have these wires? Is this possible or should I purchase a different transducer?

The transducer operates at 5MHz, but I've read that when running a program the arduino cannot fully achieve its 16MHz crystal oscillator rate. one of the comments I read suggested it could only output close to 4MHz. This post: Maximum frequency of digital signal in Arduino Uno? - Arduino Stack Exchange says this problem may be avoided because the arduino would achieve 8MHz. I'm not sure how much strain my program will put on the arduino, I'm simply planning to read the input of the receive wire a few times every second. Any input is appreciated.

The probe is intended to be used with an instrument like this one and it is extremely unlikely that the manufacturer will release proprietary details about the probe.

But typically with transducers of that sort, high voltages and custom interfaces are required.

The cable has recently arrived and I'm glad to say that I was making mountains out of mole hills so to speak. The cable simply has a coax pin, and an LEM0 connector for both heads of the cable.

Since the arduino has an analog input, I should be able to simply solder the coax pin to the board. It would make sense that one of the heads is for the transmit signal of 5MHz, and one is the receiving signal. Does anyone have any experience using cables like this? I will test it with my arduino within the next few days when I have the spare time. I suppose I can experimentally test each head of the cable to see which is the transmit and receive, but I'm a bit worried that if I shoot a signal up the wrong wire it could damage something.

I also can imagine if the transducer would work with either head of the cable being the transmit or receive, simply depending on which of the sides of the transducer is receiving a signal, and which is buffered and receiving the reflected wave. Again, I've tried searching for some sort of data sheet on the PT-12 but it seems to not exist. Maybe this is so due to it being common knowledge to the ultrasonic transducer community. 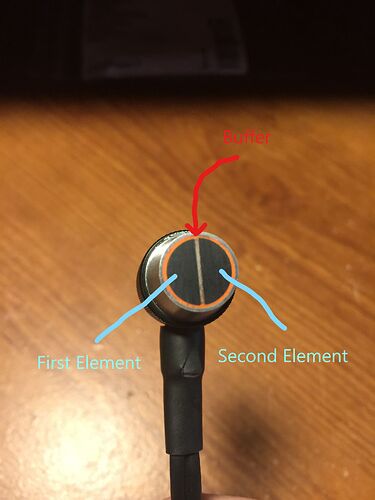 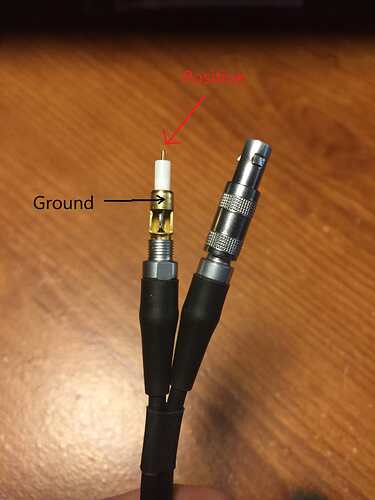 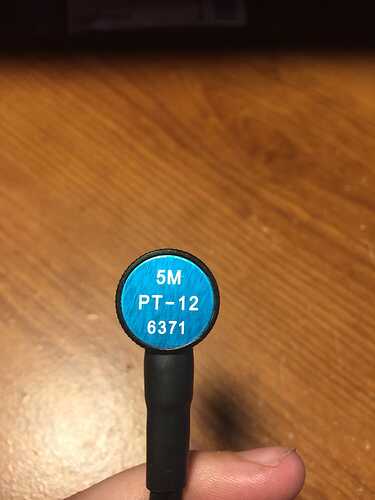 mbferguson:
Does anyone have any experience using cables like this?

Yes. It's not a "cable", it's an ultrasonic transducer with a cable attached. This is an industrial bit of kit typically used for ultrasonic thickness measurement.

Sorry to say that this is not suitable for use with an Arduino without some serious electronics to drive it.

I'm a bit worried that if I shoot a signal up the wrong wire it could damage something.

Very likely, the Arduino will be damaged, as the transducer is a reasonably large capacitor.

Is it possible to use the arduino to read in the receiving signal with some sort of buffer/filter? I can use a function generator to send a transmitting signal to the transducer if that will avoid stone wall problems.

use the arduino to read in the receiving signal

I can use a function generator to send a transmitting signal

Do you have a function generator that can produce a 200VAC, 5MHz, millisecond pulse, at say, 20 Watts output power?

jremington:
Do you have a function generator that can produce a 200VAC, 5MHz, millisecond pulse, at say, 20 Watts output power?

Is this piece of equipment really able to produce those numbers? This is what it is intended to be used with.

My fishfinder is of a similar size, and it generates a 400VAC (open circuit) transmit pulse at 250 kHz. When the transducer is connected, the voltage drops to 200VAC, across the transducer.

The 4xAA batteries last only a couple of hours, because of the very high power drain. Since a 4xAA battery pack has something like 18 Watt hours capacity, the average transmit power is thus about 10 Watts, when generating 3 pulse trains per second.

Of course that is for a transducer operating in water. Something designed for denser materials will have different specs.

jremington:
Not a 5 MHz signal.

Try it and see. The voltage in to the analog input must be between 0 and 5V, or the input will be damaged.

You might look up the Sampling Theorem or Nyquist Limit.

As I see the problem. You must activate the transmitter at 5 MHz for just a few cycles. 3,4 perhaps 5 cycles, then make the transmitter immediately stop sending, so the receiver can begin hearing the echo.

Paul_KD7HB:
As I see the problem. You must activate the transmitter at 5 MHz for just a few cycles. 3,4 perhaps 5 cycles, then make the transmitter immediately stop sending, so the receiver can begin hearing the echo.

Shouldn't this mean that the arduino could handle this problem?

Start writing code and see. What can you accomplish in 1 microsecond?