I am working on making a proximity detection system that allows the user to choose the detection range using 2 or more push buttons.

Here's an example of how the program should work:
When I press button1 the code enters a loop and starts running a function that detects a range of 1m, and then when I press button2 it should break the first loop and enters a new one where a new function detects at a range of 2m...
The problem is that I want to use the push buttons as toggle switches because the user won't be able to keep holding the button forever.

I tried many things but the closest I could get was getting the first button to work as a toggle switch but without breaking the while loop meaning if press the button again or press a different button nothing happens.

Another problem is that button2 never works even if I just switch the variables and I checked if it was a circuit problem but it was not the case, it works fine with other codes.

I am using 2 esp32 to detect each other using BLE.
P.S: Sorry if the code might be a mess because I was trying many things and didn't bother to change some variables or names.

How are your switches wired ? 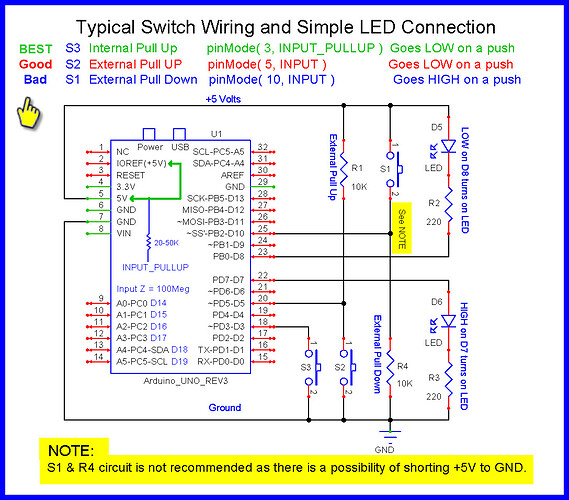 When a switch is detected as closed, a Flag variable can be used to remember that switch was the last one pushed.

Once in this while loop will button1New or button1Old ever change to end the loop ?

Also, button1Old never changes in the sketch. Is that really what you want ? 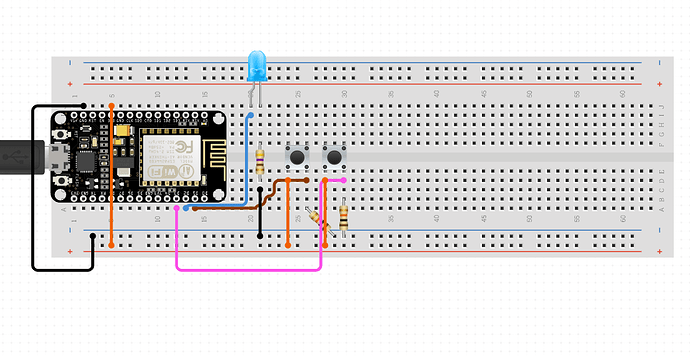 See the StateChangeDetection example in the IDE

Hello and good morning,
do you have had experience in programming Arduinos already ?

Hey guys,
Thanks for the replies but I found a solution.
I just had it go into a loop then breaking whenever I press another button.
And the problem with button2 was just a typo lol, the code was indeed a mess so I tried cleaning it and things started working smoothly.