Your question doesn't really make sense... What are you doing?

I think he wants to know how much current is available if he has a voltage divider across a 9v battery. This may be to get 5v from 9v. If OP wants to use this to power an Arduino, then it is not how to do it. The divider will waste a lot of power. Use a V regulator.

No. For that you would need a current regulator. 8)

ONE resistor could reduce current.
It is frequently used to limit the current through a LED.

But if you want proper advice, it is better to tell us what you want to do.
Leo..

Possibly. Depends on the source and output.

If you have a fully charged car battery and use a 7805 to drop the voltage you also drop the current available from hundreds of amps to one amp.

As Wawa said I want to measure battery voltage and current produced from the battery.

SagarDev:
I have made a voltage divider with 470 O at 9V VCC and 620 O at GND. Will it reduce current and if yes by how much?

I think we can deduce that the OP has calculated the ratio to drop 9V from a battery to the less-than-5V that is permissible to feed to the Arduino analog input. He now adds that he wants to monitor the current draw also.

Well, perhaps we can offer him a means to measure current draw, though in fact that is much more complex.

We need to point out that while he got the ratio correct, a 1090 Ohm voltage divider will continuously draw some 8 mA from a 9V battery - which would for example be a very bad idea if he was sufficiently misinformed to ever think of using this. 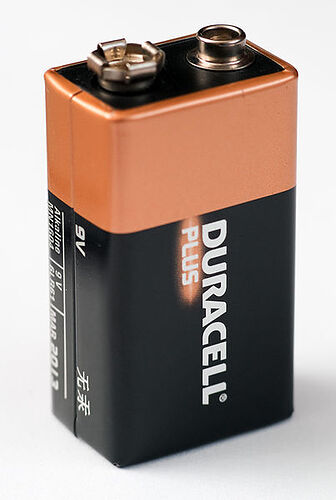 SagarDev:
As Wawa said I want to measure battery voltage and current produced from the battery.

You use a multimeter for that.

This measures current and voltage with 12-bit accuracy.
Leo..

SagarDev:
As Wawa said I want to measure battery voltage and current produced from the battery.

Separately, or at the same time? Fixed load, or adjustable?

For a simple battery go/nogo battery tester, it will work. But rather than measuring current, it will just draw a nominal current to test the batteries internal resistance more thoroughly.

If you just need to know if the battery is good or not, this will work.

dwightthinker:
As the only load, it would do an alkaline battery in in less than a month.