I have a large HO slot car racing set, which is a great hit at any parties we have at home. After the kids are allowed to play on it for ten minutes or so, they are invariably unceremoniously booted off by their dads who go at it with an enthusiasm and verve that is always great fun to see.

However, remembering that the paragraph above stated the word 'party' with all the attendant drinks, it tends to get a bit problematic due to the ten tons of spaghetti connecting everything, and most importantly the hand held controllers. Despite me making a dedicated junction box and extension cables so that the drivers are at a station away from the track, there are still always the moments when someone is forgetting that they are holding the controller and starts moving around. This ends up either disconnecting stuff as plugs are pulled out, or in extreme cases the track gets pulled apart. Necessarily all the contact points to the track have to be sited at a point between the driver station and the track, rather than being tucked away in a corner away from harm.

The physical setup of the wired controller is very simple, essentially a wirebound rheostat with a sprung wiper that is directly actuated by the trigger. This is housed in a pistol grip shaped plastic housing, and the power from the 22v power source is passed to the rheostat, and the resistance due to the position of the wiper reduces the voltage out that is then send back to the track contact strip.

So my thinking is that if I can have wireless controllers that connect to a base unit on the far side of the track, it will massively help all this.

some other design considerations

up to eight cars are controlled on the track, so whatever it is needs to have discrete channels

Each lane (car) requires 18 to 22 V DC at a max of 2 amps; the power supply is taken care of by an external unit and can be either 1 large unit with enough to supply all 8 cars, or each car can have an individual power supply unit. I have no preference as to which

I have a 3D printer and CNC machining facilities so I can make a suitable trigger grip housing for the hand held unit, but obviously will have to have some kind of battery with it. The physical size and weight should not be too big for comfort so the electronics presumably have to have low consumption and be compact.

I wish to maintain the sprung finger actuated control method.

There is a way of providing a braking effect using a shunt so when power is removed it slows the cars down faster; at some point I would like to incorporate this but am happy to wait for this until later.

So with the above in mind, I am looking for ideas and suggestions as to alternate ways to achieve this. I see the project broken into 2 parts, the hand controller and wireless link to the master controller, and the motor control units and their actuation

Staring with the motor control, one way I thought of was to have the existing physical controllers mounted in a suitable fixed housing with a servo motor actuating the trigger via a mechanical linkage. The output from the controller would then control the servo via an arduino output. This means keeping a lot of the existing hardware and using the electronics to just control the servo position.

The other way would be maybe a PWM output, however I am aware that the voltage and current involved exceeds the capabilities of the arduinos. The advantage would be that it is solid state and probably would also be a lot more compact and ultimately more reliable.

On the controller side, I know the R/C aircraft crowd use multi-channel receivers and transmitters to control the various servos, but the transmitter is an all in one box. I need up to eight discrete controllers. So is Bluetooth a possibility, so that the channels do not interfere? Obviously the channels have to be separate so that they do not interfere. The range over which they would have to operate would be up to about 15 metres, but a lower range would be acceptable if necessary.

So at this point I would like to ask you all for ideas and feedback on my suggestions and project above, and would welcome any suggestions on solutions that differ to my proposals. Let ma know of any questions or if I have left any detail out

Such things exist, but appear to be rather pricy & run on 2.4GHz. I'd do it with an ESPxxx or Wemos D1 mini in each controller and have them use their WiFi to send the rheostat setting read using a voltage divider using analogRead.

On the receiver, I would think you could use the same type of board if you can find an I2C digital pot that can handle the slot voltage. If not, you might need an ES32 as it has more pins.

So you have a problem with drunk drivers!

Get some strong cord and tie the controller cables to the table on which the layout is.

Even better, clamp a wooden bar to the table and screw cord clamps to it to secure the cables.

Take a look at the gear that electric model train people use.

Hi,
Its sound like you are looking for Xboxwhatever or PSwhateverthenumber, type controllers

Bluetooth comms might be worth a look, as well as the NRF24L01.

The clamping option is unfortunately not possible, as it would require a permanent station - this track is put away after use so can't be done. We also move a lot so the shape of the room we use changes. Finally, you forget the capacity for someone who has drunk too much 'enthusiasm' to rip wires out of their housings during a particularly exiting moment! 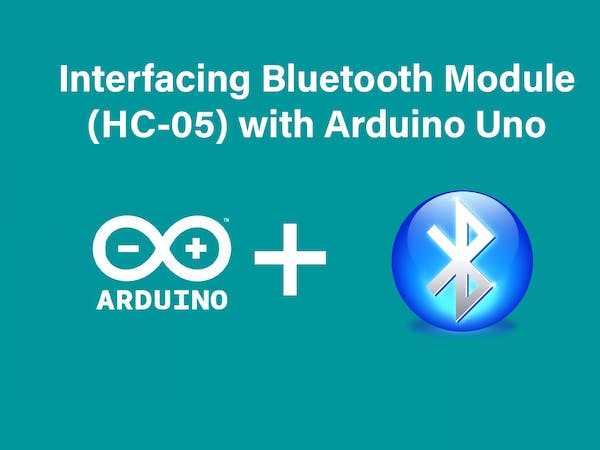 This article explains how to interface a Bluetooth module with HC-05 with Arduino Uno. By Akshay Joseph.

and am trying to see how that would work. If I understand correctly I would need two for each channel, one for the transmitter (handheld controller) and one for the receiver (motor controller). I also saw some PWM DC motor controllers used with CNC router spindles on Amazon, however they use a potentiometer to control the unit rather that a PWM input.

With regard to the model train controllers, I believe they are a different concept, where the rails are supplied a common AC voltage, and the model trains themselves have a decoder chip and control module, which communicates with the main control box using a digital signal superimposed on the AC power supply. This is not practicable on these slot cars due to their size (HO scale, so the cars are two inches long)

As you can see I am still at the basics stage here! Nonetheless I am very happy to hear all your inputs and responses

The clamping option is unfortunately not possible, as it would require a permanent station - this track is put away after use so can't be done. We also move a lot so the shape of the room we use changes.

Actually, it sounds as if what I suggested would be just perfect for that.

Maybe use the restraints on the drivers?!

I'm going to break this up into two and start with the remote part. If I have one Arduino, which is connected to a device that provides an input, how can I wirelessly transmit that input to a remote device?

Can I use two bluetooth module to do this?

All, I am looking at the requirements for power for the handheld controller. At the moment I envisage it would contain an Arduino Nano driving a potentiometer and an HC-05 bluetooth module.

Would four AAA batteries giving a total of 6V DC be sufficient to power this? I want the controller to be light, within reason. Also, is there a way of using LED's to show the state of charge with the Arduino?