here's what i'm trying to do..

i want to connect one of these: 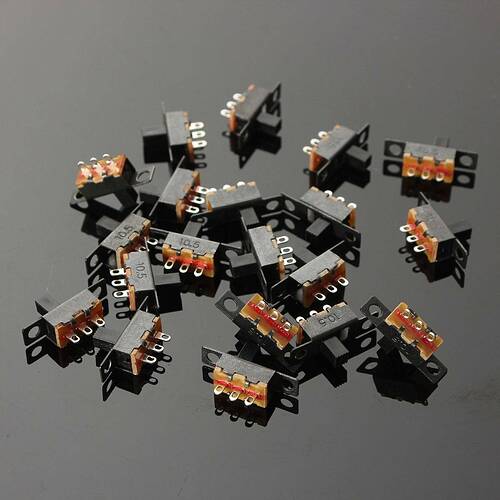 to a pro mini

with a 9v battery clip

and a 5mm green led and resistor

so when you turn on the switch, the green led comes on to show there is power..

for long time times.. not sure a 9v is the proper battery - i just assume it is because all you are really running is 3 leds and the pro mini... (AND slide switch and a big button module)

how how would you wire this up?

i have a general idea... you only use 2 pins, splice the led and resistor and then right to the pro mini.. if that's is correct.. why does the battery get warm? i disconnect it all before the battery ever gets too hot.. but in my opinion the battery shouldn't be getting warm.

not sure a 9v is the proper battery - i just assume it is because all you are really running is 3 leds and the pro mini..

You forgot to mention all the waste heat in the regulator that will rapidly burn a hole in your pocket.

I was pointing out that a 9 volt battery is an expensive way of powering an Arduino.
But it's your choice

that's why i'm asking how to do this.. i figured 9v would be enough to run a pro mini with 3 leds and last awhile..

but if it's the wrong battery, let me know..

There is a lot of hate for the 9v battery because they don't last very long, and they are expensive. The 9 volts needs to be reduced to 5 volts by the regulator, which gets pretty warm. Generating all that heat takes a lot of power, which makes the battery run down faster, leading back to the hate.

even then.. the main question still exists.. to me it doesn't matter which battery i use.. it's wiring it up is the issue as stated in the first post.

insignia:
even then.. the main question still exists.. to me it doesn't matter which battery i use.. it's wiring it up is the issue as stated in the first post.
...

Put the switch between an input pin and ground. When you initialize the pin in setup(), use INPUT_PULLUP rather than just plain INPUT. Attach a 1K resistor to an output pin, hook the LED's anode to the resistor, and the cathode to ground.

ps (edit): connect the red wire of your battery to the pin marked RAW and the black one to GND.

Try and draw a schematic. DON"T use Fritzing. Use pencil and paper. Use a multimeter to find out which pins on the switch are connected in each switch position.

You are pretty close to the solution. It seems like you have all the components necessary.

Perhaps one of these? - Scotty