Has anyone got any info on running an xbee standalone. I want to be able to send to an xbee to light up an LED (more complicated things to come).

I have searched for ages and can only find limited info and not really quite what I am looking for.

I understand that the xbee has digital pins that can be turned on and off (among other things) but I can't work out how to address them via serial commands.

IIRC there were some examples in "Making Things Talk".

They are a vague help but I want one arduino (connected to x-ctu through a USB cable) sending a command to a second standalone arduino (with only power and an LED) to tuen on the LED.

P.S. I do not have the book 'making things talk'. It is on my list of books to buy though

You might want to google "Tom Igoe". Also on the Make website there may be
some code examples.

Unfortunately not as far as I can see... 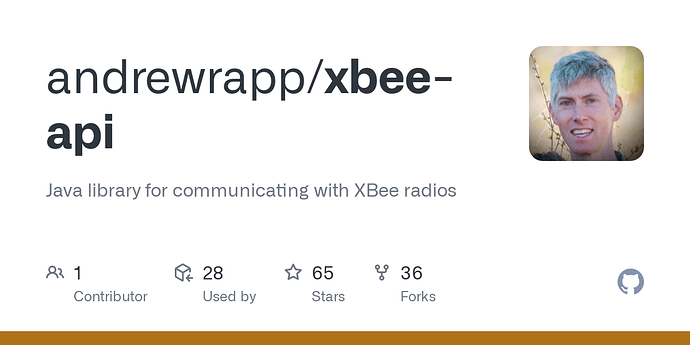 Java library for communicating with XBee radios. Contribute to andrewrapp/xbee-api development by creating an account on GitHub.

Which shows me the pins on the xbee but I am not really getting any further with it...

The first link you posted from Faludi should be pretty close to what you need. You would just need to send the remote Xbee commands similar to what is listed under the output module heading.

You are going to have to read the manual though to figure out what commands apply to your project. If you are just turning on and off an LED though, you would just need to send the commands associated with the LED in Faludi's example.