Yet Another POV Device

So I decided to make a POV device myself. The POV I built uses 16 LEDs instead of the usual 8. And I wrote a small program to encode the images into binaries that can be parsed by the POV device. So you can pretty much display anything that you can put in an image.

For instance, this is how the following image (Arduino :))

shows up on the POV display: 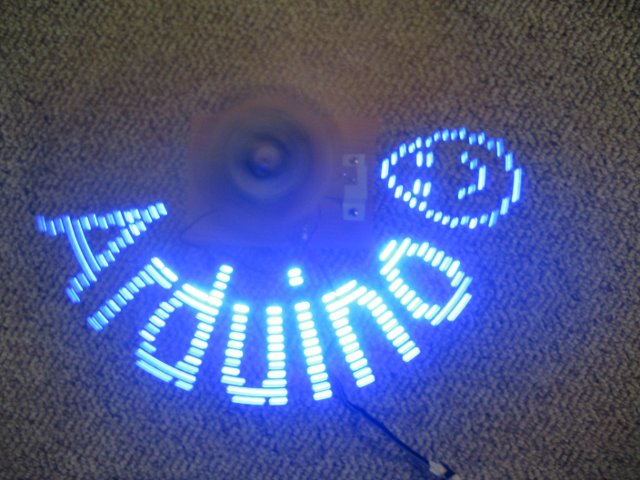 Very cool and nice write up. What is the approximate speed of the motor in rpms? Is there a timing formula to tell how many characters can be displayed Vs motor rpm Vs Arduino speed limit?

The rotation speed of my POV is pretty low (I didn't spend enough time to balance the rotating platform so to keep everything from flying off, I had to keep it slow), I am guessing it is around 300 RPM.

I haven't spent enough time to figure out a formula yet... but it definitely should be able to display 16 characters (the picture I had there has 8 characters and it only took half of the displaying space).