Yes providing it does not use hardware features not found on the beetle. In other words it matters what code. The beetle board uses the same processor as the Arduino Leonardo or Micro. Even so the Beetle has fewer pins brought out to pins on the PCB so again if the code uses those pins then it will not run on a Beetle.

Nice little board though.

So I could use the same code from the Arduino Uno on the beetle as long as I change the pin that are bern use?

Luisiscool123:
So I could use the same code from the Arduino Uno on the beetle as long as I change the pin that are bern use?

No that is not what I said, read that reply again.

The same as you do for a Uno.

There are servo examples in the IDE.

This board is small for a reason.
It has only three exposed digital pins (apart from the ICSP header). D9, D10, D11.
The analogue pins can ofcourse also be used as digital pins.

Lovely small footprint. Great pity they didn't break out A4 and A5 (I2C pins). That'd make it that much more versatile.

I2C seems to be available on solder pads on the bottom of the board.
leo..

Yes I fitted right angled header pins to those pads. I used some strip board to align them so that all pins were on a 0.1" grid. Then I could simply plug it in and out using female headers on strip board. I was using the Beetle mainly for it's MIDI interface. 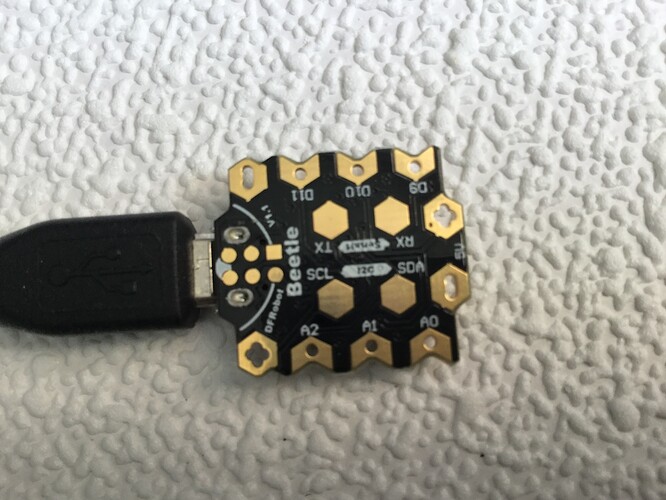 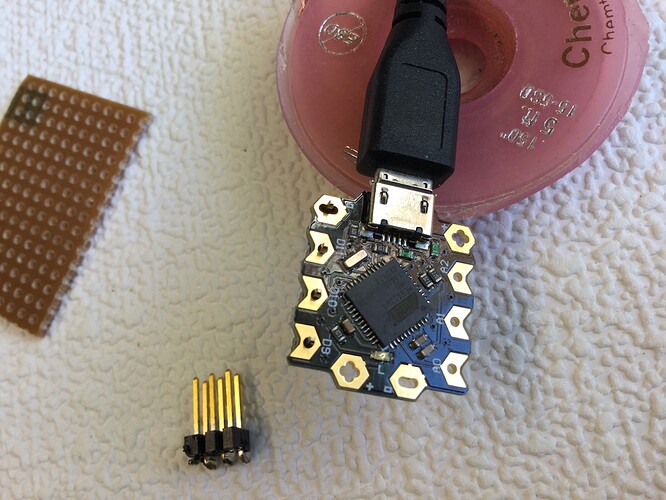 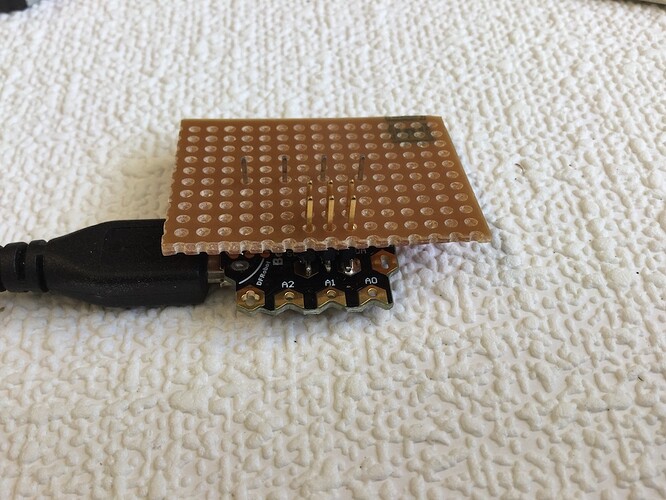 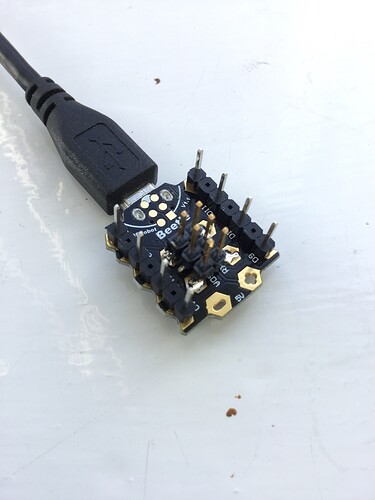 Note the alignment was done by first fitting one side with headers and plugging it into the strip board. This allowed me to solder the pads to the right angled pins by slightly lifting the strip board and dabbing solder from the side. Then I removed the strip board and soldered up the other side of the header. Finally putting in the last row of through hole headers.

Also note for the through hole side connections I had to pull out every other pin to make the header 0.2" spacing. Did this with a solid pair of pliers.