my phone connects to the uno as its relaying the time back to me inside the iphone app but for the life of me i cant get it to trigger the relay. now this is my first project other then building some items from adafruit.

i have everything setup on a board minus the relay as i think that might be my issue but i could be wrong. below are pics of the setup minus relay. 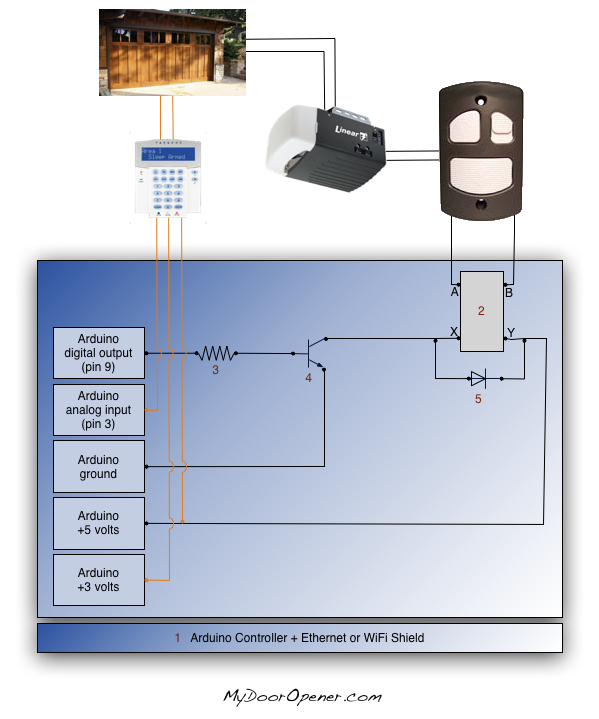 Any help will be greatly appreciated. Thanks Chris

Start trouble shooting by seeing if you can make the the relay work by jumpering power to it. If it is operated by a transistor, check it the same way. Then using a multimeter see if you are actually making a pin go high to operate the transistor. Didn't look at a schematic as just too many links to find it.

Just a quick look indicates you are trying to power a relay from the arduino 5v. The arduino is not made to power any high current loads like relays, motors, servos, etc., especially a 12v relay.

ok i did some messing around and removed the diode and connected a led to the 5v pin from arduino on the breadboard and used the green lead coming from the collector pin to the other leg of the led and run the program from the iphone and the led lights when i trigger the button once its done the led goes out. now im just trying to achieve sending a negative signal the the positive 5v coming from the garage door to in turn trigger the garage to open/close

garage door motor has a common and a 5v going to a door bell button. push button common connects to the 5v and door opens from testing i did

UPDATE i think i got it working i wired up as per schematic and then wired in relay and used an led i hear the relay click and bam led lights up bright red now all i need to to for final testing before final build is get ethernet to garage hopefully with an old wireless router i have laying around.

*might not look the best but its my first project