Arduino Uno not getting detected in Windows 7 64bit

Hi,
I have a laptop running Windows 7 Ultimate 64-OS
I just bought a new Arduino Uno Board.
When i connect the Uno to my laptop via USB the board does not get detected by windows
I have tried connecting to other USB ports but it never gets detected.
I tried connecting the board to a 32-bit windows 7 ultimate where it got detected.

i think some arduino boards are getting broken from fabric...

this is so sad
i bought a arduino BT and it gets recongnized but, it don't print anything to the serial monitor...
i'd became to realize that it could be broken from fabric or someting like that

windows doesn't find the driver, since the arduino team chose to use another USB -> TTL adapter (another ATmel chip)

I have same problem here.

I was cheking the Arduino UNO versions on arduino.cc website and I noted that my Arduino is different from all.
You can see the picture attached.

Is it possible that I bought a fake Arduino? 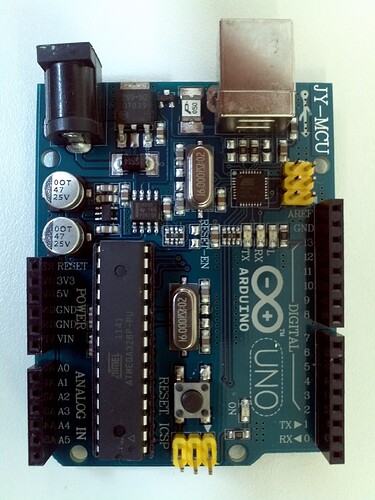