Interesting article but, in my experience, the blank slate nature of the Arduino is precisely what I was looking for.
http://www.controldesign.com/articles/2017/arduino-vs-plc-for-industrial-control/

Hi,
Interesting article.
I find PLC will be best for industrial, it has a degree of plug and play.
A PLC usually has;
Inputs; digital, npn or pnp,0-20mA, 4-20mA, 0-10V, RTD, Thermocouple and HighSpeed counter for Encoders ready to go.
Output; relay or transistor, Analog
Comms; RS323, RS485, CanBus,CanOpen, TCPIP, Modbus.

All ready to go, you just specify when you select your PLC and get programming.
They are industrial hardened.
You can select HMI units or they are integrated, very little setup required.

I have had PLC's in to repair and unless they were struck by lightning, most die of old age, usually their electro-caps die and they can be bought back from the brink with a complete cap transplant.
(Usually its the low value high voltage caps that die, 1uF 63v)

I have used a UNO in a couple of places for industrial work.
Both were remote control pendants that were used if a major control system failure occured.
You plugged the pendant into the control-box and gained rudimentary control of some major functions to reset the machine to make it safe.
The UNO was opto isolated on input and output.

I know you can buy Arduino Industrial Controllers, but haven't tried them. 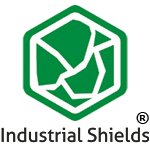 Tom,
Thanks for the links. I have looked at both of those products and the problem I have with them is similar to what I don't care for about the PLC; too few inputs and outputs. We buy hundreds of LOGO PLC's and I find them to be too limiting with the IO and function block programming or ladder logic. What I would like is to be able to take reasonable precautions with a Mega to protect it. I would love to hear ideas on how to reduce the potential for failure.
Tom

Hi,
Have you looked at Unitronics, and add on I/O?
(I have no affiliation with Unitronics, jus one of many PLC I use.)

They look very powerful. And expensive. I don't really want learn another programming language and become familiar with another manufacturers system. In my experience, siemens has some of the worst customer service on the planet. And that's after buying thousands of their logo controllers.

I am doing something a little different and it is working so well I can hardly believe it.

TKall:
They look very powerful. And expensive. I don't really want learn another programming language and become familiar with another manufacturers system. In my experience, siemens has some of the worst customer service on the planet. And that's after buying thousands of their logo controllers.

I am doing something a little different and it is working so well I can hardly believe it.

I agree.....
And they want you to pay for their programming software.
Tom....

It is a jungle. That is why i have always thrown caution to the wind and just dove in.

IDEC makes a siemens clone but they are just as unresponsive. This is why i prefer the arduinos, they put me in control and i have the freedom and responsibility to suceed or fail. No one else to blame.

Hi,
Yes each to what he/she is comfortable with.

My work place uses two particular brands of PLC and we get regular coffee stop visits with reps and troubleshooters when they pass through.

If they keep up with the coffee and backup we will use their product.
Also there stock levels are good, very rare for a back order.

Perhaps you're more affable than I am.

Not sure if it will help but IIRC ATMEL does make AVR's for automotive use.
But beyond having a wider operating temperature range I dunno if they're any "harder" than regular AVRs.

Do PLCs all have some kind of Faraday Cage housing?

Rugged Circuits makes 12V-input-capable duinos. What would it cost to harden 20 pins even more?

GoForSmoke:
Do PLCs all have some kind of Faraday Cage housing?

Most have folded metal shields on the non component side of the CPU board and over the component side.
And/or inside the plastic cover is sprayed with conductive material to minimize ESD, optical isolation is usually employed on inputs and outputs.
Tom...

One thing I have not seen mentioned here is who will be called in when maintenance is required. I suspect it would be easier to get someone qualified on Siemens' PLCs compared with a home-brew Arduino.

Both would be swapped out. Not too many real technicians or mechanics these days, most are just parts-changers.

TKall:
Both would be swapped out. Not too many real technicians or mechanics these days, most are just parts-changers.

Fair enough. But where would the replacement home-brew Arduino come from and how would the technician know what to do with it?

A guy I worked with (who had a science PhD) told a story from when he was in college. The medical school had an early NMR machine (or something equally complex) that broke down. The manufacturer's techie came to fix it and just replaced ALL the vacuum tubes (valves) without testing any of them. The guys studying in college were always short of parts in their lab and thought this was scandalous waste.