I once used Arduino Uno as a HID, and I can't turn it back to normal Arduino.

I once turned my Arduino into a USB device(HID?) to use Arduino Uno as a keyboard.
http://blog.naver.com/msyang59/220064215723
I followed the instructions on the page above(The contents on the page are written in Korean since I am Korean...). I installed dfu-programmer software and uploaded the keyboard firmware on Atmega16U2.

And now I want to turn it back to normal. The page above says I should just erase the dfu-programmer software from the folder where it is. But since I am not using the computer which I used to upload the software and keyboard firmware, I can't erase the software properly.

I think now I erased the keyboard firmware and dfu-programmer software from the device manager. But now, I think the computer doesn't recognize Arduino. I reinstalled the IDE and Arduino driver, but I can't find anything different in the device manager. 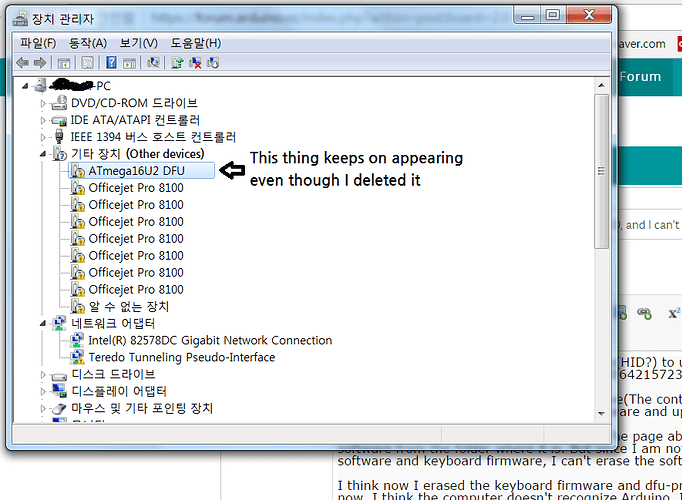 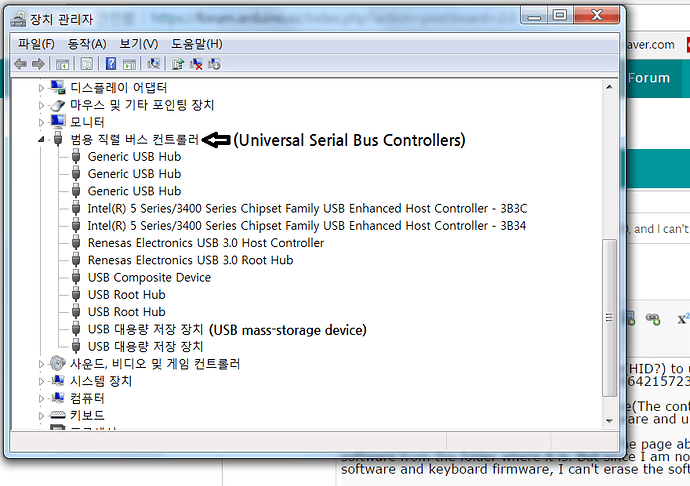 I don't have experience with doing this but you should be able to find the original firmware that was on the ATmega16U2 in the Arduino IDE installation folder at hardware/arduino/avr/firmwares/atmegaxxu2. Once you flash the ATmega16U2 with that firmware it should start working again as usual.

pert:
Once you flash the ATmega16U2 with that firmware it should start working again as usual.

Um... How can I flash ATmega16U2 with the firmware? I am not familiar with these kind of things... can you tell me how should I flash it?

Probably the same way you uploaded the keyboard firmware, just with the filename found at the folder I posted above, I believe the correct file is Arduino-COMBINED-dfu-usbserial-atmega16u2-Uno-Rev3.hex

Um... the thing is, that I can't use the computer I used to upload the keyboard firmware currently, so I can't find the proper folder path.
Should I re-upload the dfu-programmer software and then erase it?

Thanks XD it works!