Receive FM and save as mp3 on sd

Hello,
I'm relatively new to Arduino in particular and electronics in general.
I have a FM transmitter which I have built from scratch by watching this video: 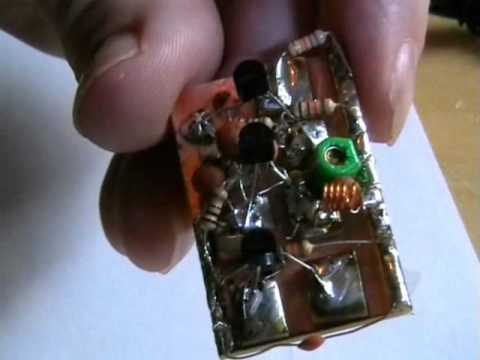 it works but I did not test it yet for long distances (should be +-0.31 Mile as it says in the end of the video).

What I want to do is to receive this FM transmission via my Arduino Mega, and turn the transmission into mp3 audio file which will instantly be written to an sd card.

Perhaps you should read my post of a week ago: RF Transmitter Not Working - #35 by system - Project Guidance - Arduino Forum
That transmitter is illegal.

It is not possible to record FM radio as mp3 onto a SD card.
There might be a very complicated way with a radio shield and a mp3 shield, or a mp3 recorder controlled by an Arduino. But that would not be worth the effort.

Do you want to record sound ?
If you want to transmit digital data with about 1kbyte per second it is possible.

Yes, I want to record sound.
you said it's impossible but did you mean that it's impossible in any condition with Arduino or there is a way by using specific shields etc?
actually it doesn't have to be mp3 but any audio format that can be played on a PC afterward. I just want to be able to store what will be received in a single file.

It is impossible in (almost) any condition. I can imagine someone being very smart would be able to store audio with a low sample rate.

Perhaps this one can store recordings onto a SD card : 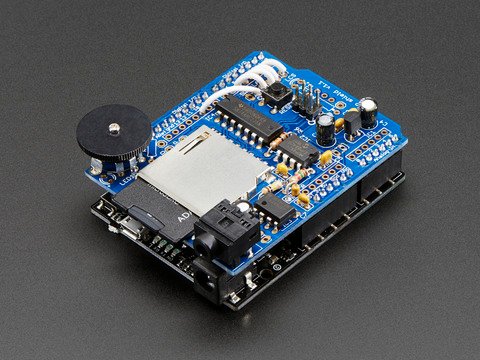 Adding quality audio to an electronic project is surprisingly difficult. Here is a shield for Arduino 328's that solves this problem. It can play up to 22KHz 12bit uncompressed audio ... 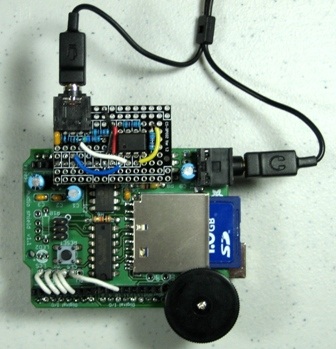 waverp – An Arduino Library for recording and playing wave files on the... 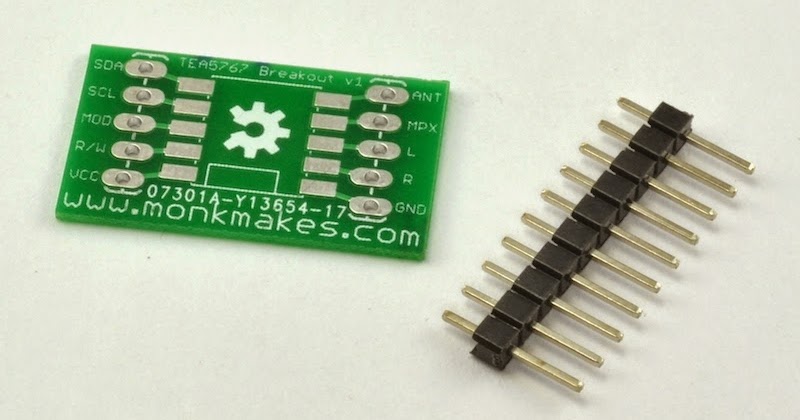 So if you connect both together, you might be able to record audio from FM radio.
But it might not be practical. For example, I don't know how long the recording can be.

You can buy a used mp3 player with FM radio that is capable to record the radio for maybe 5 to 30 dollars.
Or use a seperate radio and recorder. Some olympus recorders are able to make a continues recordings of more than 24 hours.