I have an Arduino Micro that has a working sketch on which I made some changes.
However, for some reason I cannot upload the sketch.

The IDE says the port is busy. I have searched on this issue and found a lot of similar problems but unfortunately few real solutions.

The following error message is shown:

I have already tried the following:

I Can get my board info when connected to COM3.

Any help would be greatly appreciated as I am completely lost now.

Thank you in advance.
Kristof 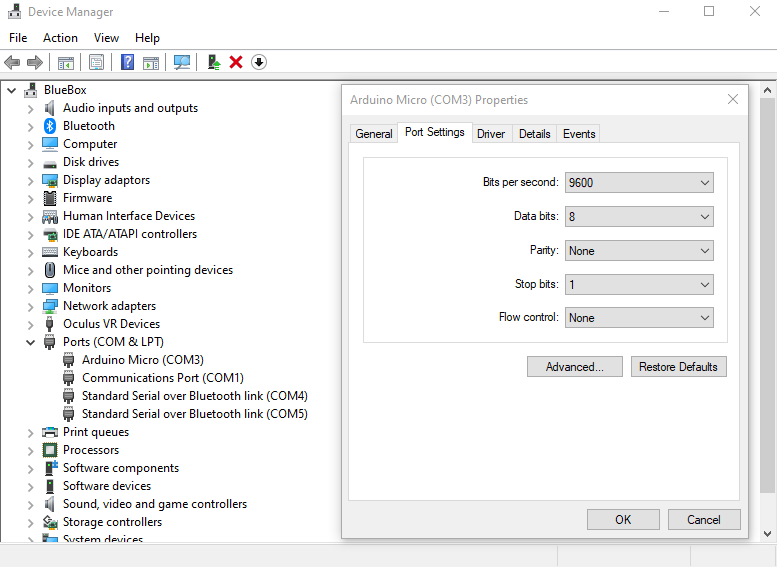 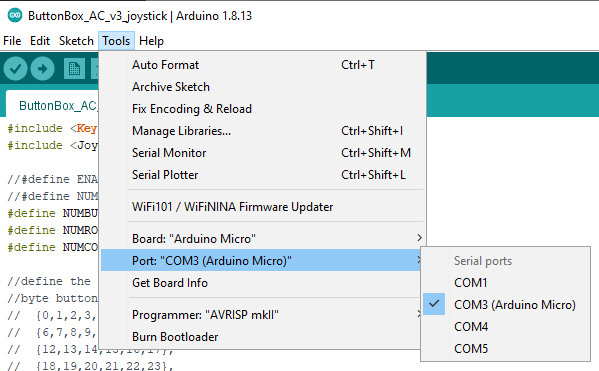 Removing the Arduino Micro (COM3) from device manager and reinstalling the drivers, then a restart works for 1 upload. After that, the issue persists.

So basically for each upload I need to uninstall, reinstall and reboot.

You seem to have all the bases covered in an excellent first post.

That it only seems to appear on one particular USB port can be an indicator of a USB problem.
Usually that is a USB 3.x type issue.

Another test would be to borrow or use a USB 2.0 POWERED hub and insert that between the USB of the computers and plug the Arduino into that.

I'm not sure if the OP has solved the issue here, however I have just been having similar issues with a genuine Arduino Nano IoT 33 and wanted to share my 'solution' for others. Apologies if I am jumping on an old thread but this was the closest to my experience and the most recent to comment on, that I could find.

I was seeing the same "Port Busy" errors over and over, with all the same symptoms as described above at various points. I could see the board in Device Manager, reinstalled drivers, restarted, and managed to connect to the board once or twice but without an obvious pattern. The board was also working when connected to other machines.

After a lot of trawling through posts and investigating COM port assignments, USB hubs, ports, drivers etc. I had one instance where the an upload was successful immediately (as quick as I could open ArduinoIDE) after a reboot. A consecutive upload a few seconds later failed after no hardware / connection changes.

I had a look at the applications that I had installed and that were set to "Startup with Windows"; the theory being that the successful upload above must have happened before an application had fully loaded after reboot / Windows login.

In my case I found that if I closed NZXT (a general system monitoring application) from the system tray, all uploads were successful, repeatably. Starting NZXT once more, and the uploads failed.

I would reccomend that the OP looks through the extra processes set to start with windows / running in the system tray and closes one by one, trying an upload between each application close. This may isolate something, like NZXT, that is unexpectedly interacting with COM ports and 'blocking' Arduino uploads.

Could you also take a few moments to Learn How To Use The Forum.

Other general help and troubleshooting advice can be found here.
It will help you get the best out of the forum in the future.