void loop() {
// create a random number
uint8_t randNumber = 100;
// create a variable to store the received number
int actual;
// declare the sender packet variable
packet sender;
// declare the receiver packet variable
packet receiver;
// set the destination of the packet to address 1
sender.setAddress(1);
// write the payload to the packet
sender.addPayload(&randNumber, sizeof(int));
// print out the original payload
Serial.print("original number:");
Serial.println(randNumber);
// send the packet, if it is successful try to read back the packet
if (test.write(&sender) == true) {
// wait until a packet is received
while (test.available() != true);
// copy the packet into the receiver object
test.read(&receiver);
// copy the payload into the actual value
receiver.readPayload(&actual, sizeof(int));
// print out the actual value received
Serial.print("received number:");
Serial.println(actual);

this is the receiving code

/* This is a small sketch that listens

For a start, nRF24 modules are NOT WiFi.

Second, When posting code please use the code button </> 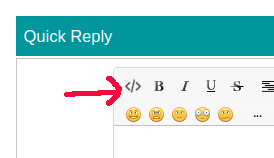 Third, have a look at this Simple nRF24L01+ Tutorial.

Wireless problems can be very difficult to debug so get the wireless part working on its own before you start adding any other features.

The examples are as simple as I could make them and they have worked for other Forum members. If you get stuck it will be easier to help with code that I am familiar with. Start by getting the first example to work

There is also a connection test program to check that the Arduino can talk to the nRF24 it is connected to.

A common problem with nRF24 modules is insufficient 3.3v current from the Arduino 3.3v pin. The high-power nRF24s (with the external antenna) will definitely need an external power supply. At least for testing try powering the nRF24 with a pair of AA alkaline cells (3v) with the battery GND connected to the Arduino GND.

And Fourthly, I am suggesting to the Moderator to move your question to the Networking section of the Forum.