New library released and even bug-fixed to version 0.2.

Now with LEDseq library it blinks as it should. Using interrupts from timer/counter 1 (or it can use 2 if defined in <LEDseq.h> header).

Timer resolution is 4 ms. It can blink fast, very fast.
Delays are 16-bit word. It can lite long, very long. 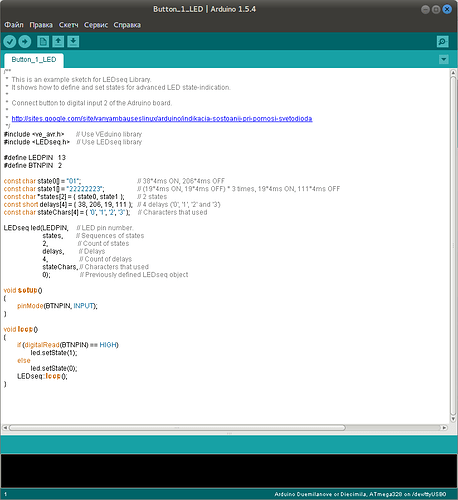