Hi Guys, I’d really appreciate some help with an arduino-based project I’m working on. Whilst I’ve been playing with Arduino for a few years now, I’m fundamentally a Mechanical Engineer, so my understanding of all things software and electronics is basic.

I am attempting to use an Arduino Uno R3 to communicate with the following 2 sensors via I2C, but I’m struggling, having never used either sensor, or I2C, in the past. Hopefully it’s something simple and stupid that I’ve done wrong, but I’ve done a fair bit of reading around online and am yet to find a solution.

The setup is as follows:
• Arduino Uno R3
• MPU6050 Digital Motion Processor, on a GY-521 breakout board. I will ultimately be using this to try and stabilise a home-made camera gimbal. For now I’m just looking to read the values from the DMP, I’ll deal with the processing and control system later on.
• Pixart IR Camera (“WiiCam”) from Nintendo Wii remote. This will be used to track an infrared light source.

Here is what I’ve tried to date:

So my initial thoughts on the problem were as follows:

I now wonder if problem may be one of software. I understand that the GY521 stores data in a FIFO buffer and uses an interrupt signal to tell arduino when there is data ready (to prevent buffer overflow). What I don’t understand is how and if the Arduino decides to request/receive data from the Pixart. Could it be trying to do this in the background and throwing off the MPU6050 ISR?

It’s worth noting that the problem occurs during initialisation of the DMP, I simply receive “DMP Initialization failed (code 1)” error on startup, as shown in attachement 8. I have also tried receiving raw values from MPU6050 with the example code from the same library – I am sometimes able to get raw values for 2-3 seconds, but then it ‘crashes’ and no more data.

Any suggestions for things to try next would be really appreciated. If you would like any more information, I’m happy to provide it. 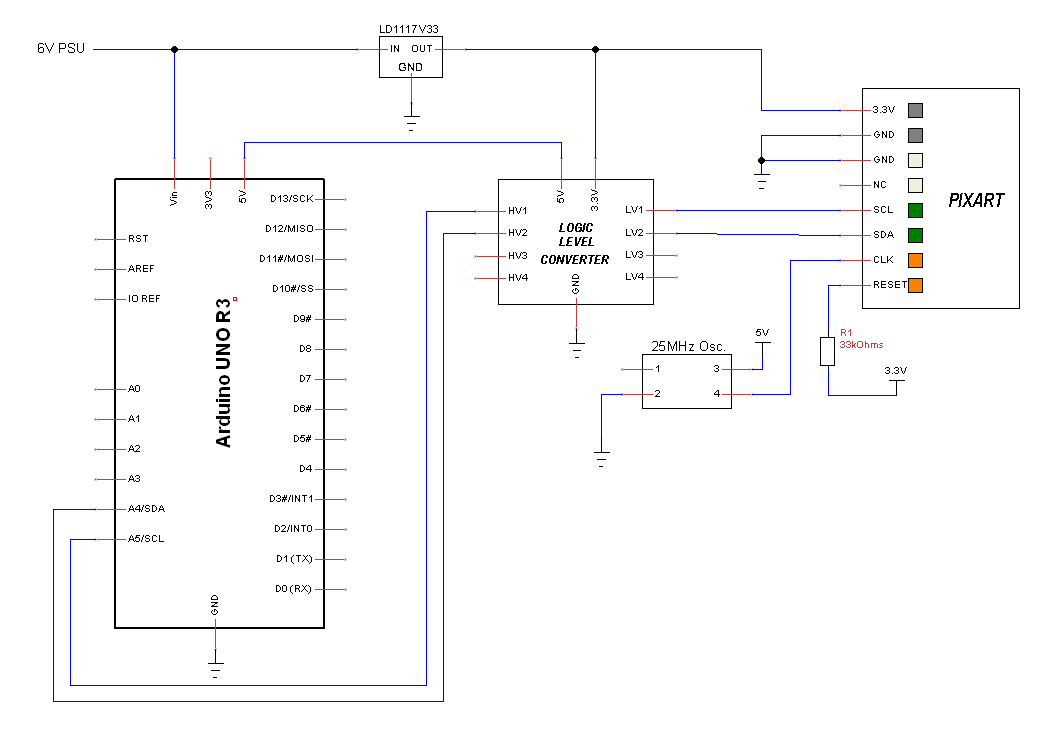 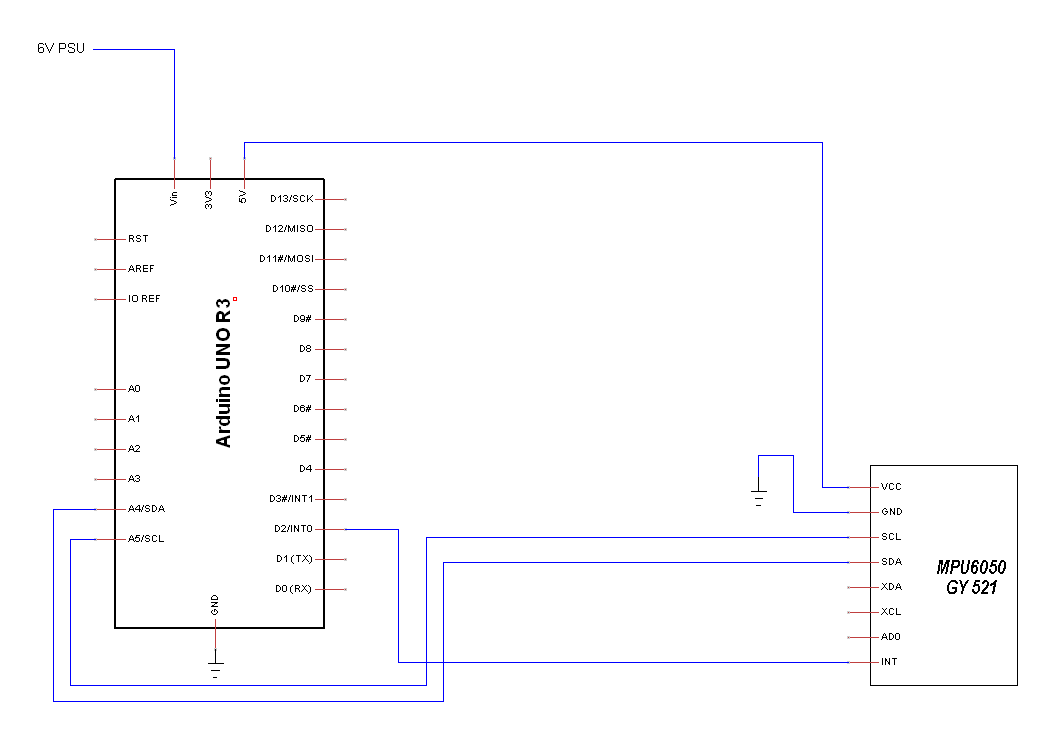 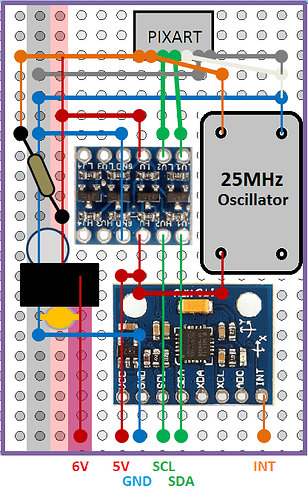 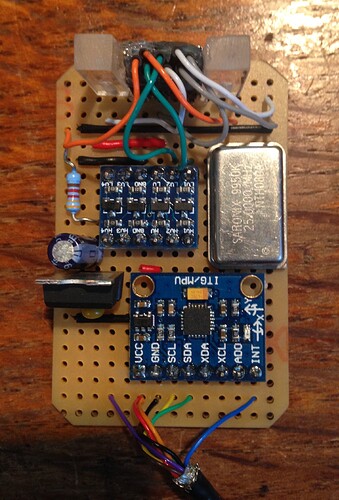 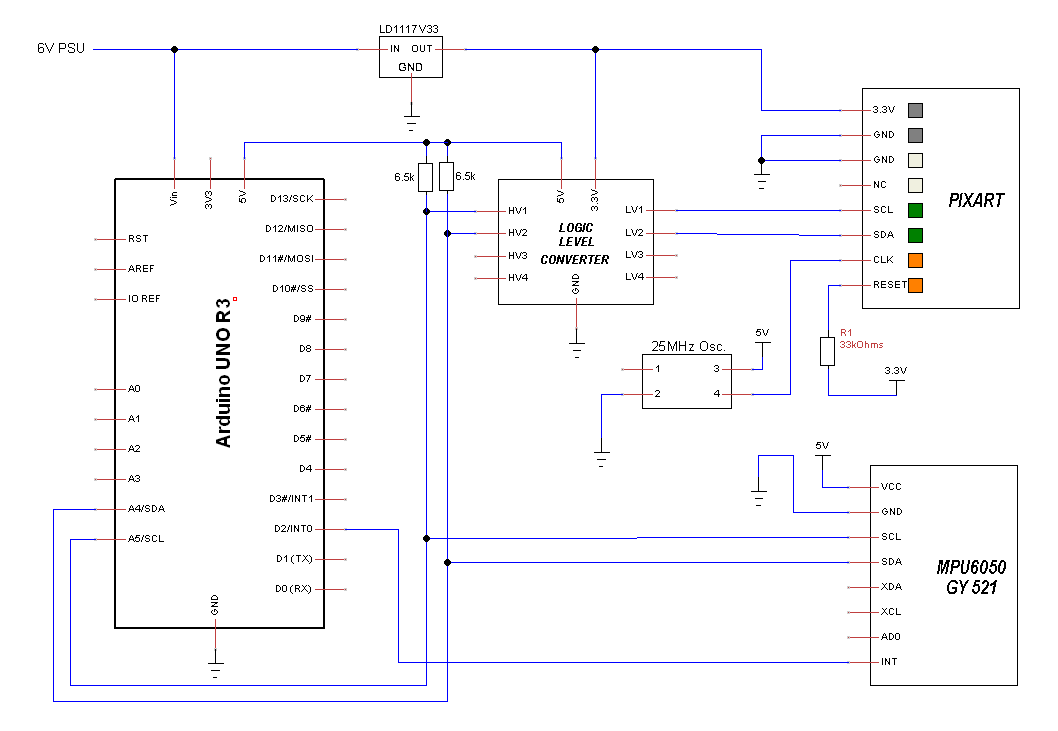 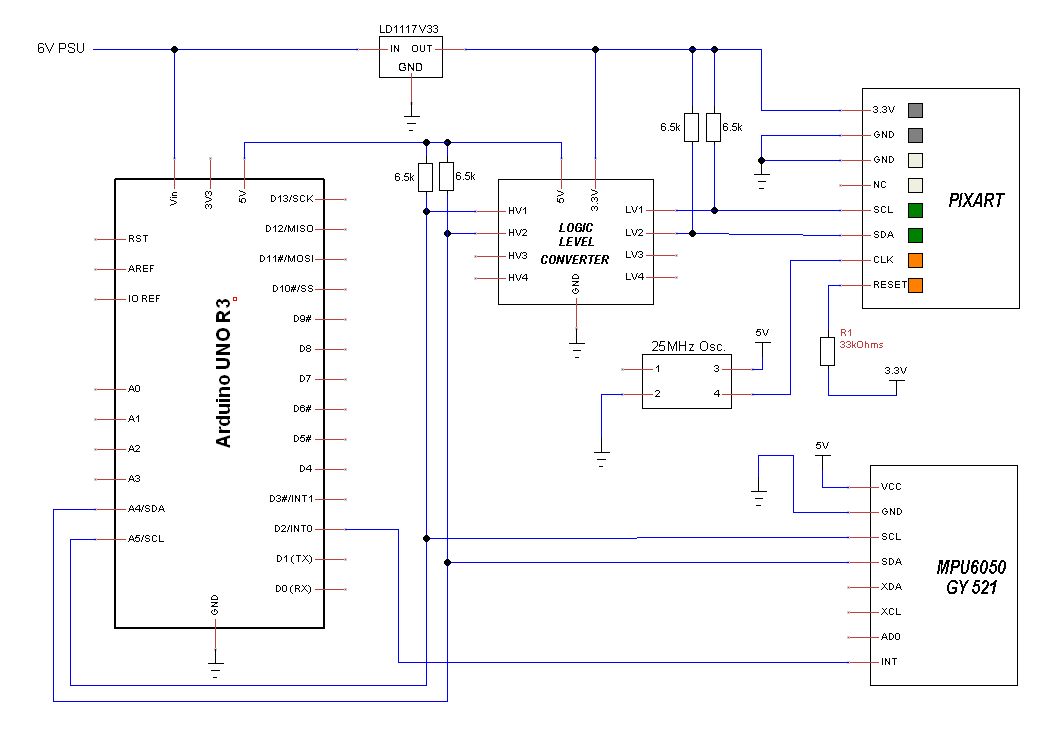 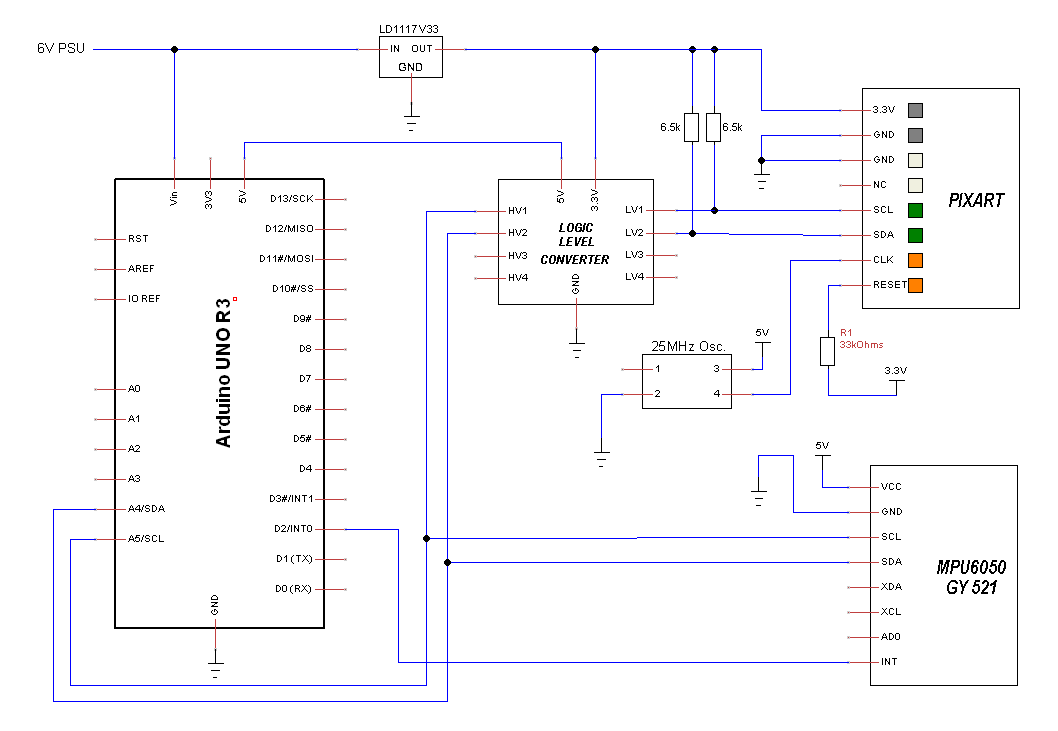