“Drone” seems like another trendy word to be used instead of UAV (unmanned aerial vehicle) in recent years. From Amazon’s delivery drone, DJI aerial photography drone, to autonomous nano drone Zano on Kickstarter, now the selfie and 3D virtual reality hexacopter ELF on Indiegogo. Let’s fully extend the imagination to think about which part of social activities will be replaced by in future scene, if not so exaggerating, people are attempting to create a network of drones that operate like the internet.

ELF will be all open source code for Arduino and even include hardware and 3D files.

However, since the “drone” sounds pretty high-tech, intangible to the ordinary people, ELF VRdrone probably presents a good start for bringing down the cost threshold, though it’s not the first one to think about the possibilities of flying a camera. This one is miniature, takes selfies (selfie sticks will be numbered, some media claim) and has 3D virtual reality capability. 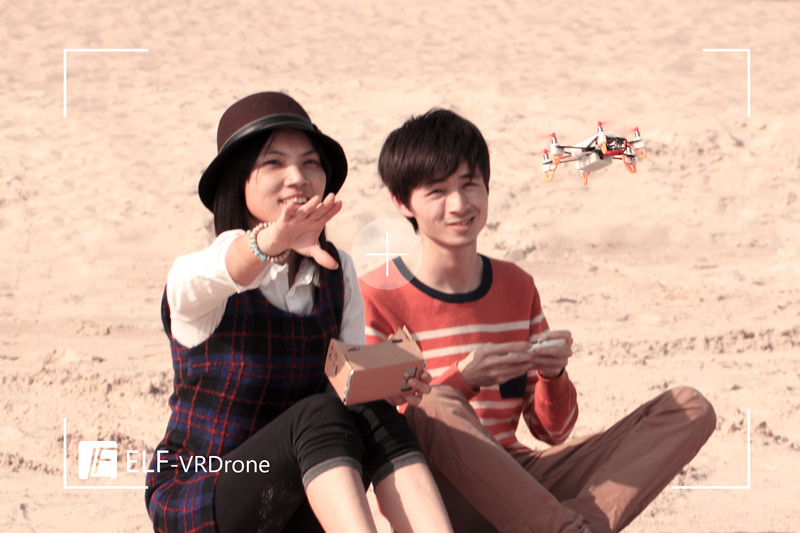 The little drone has a total flight time of around 7 minutes and it has a signal range of 50 -100 feet.

The team lists the “tilt mode” as their $200,000 stretch goal, basically, when you point it by tilting your head in the direction you want it to go, give it a gesture which tells it which direction to fly in and then it will maintain the same relevant angle to you as you walk around.

The campaign has raised $58,557 with 54 days left, head over to its official page here.