Loudest speaker that I can drive with Arduino?

I'd like to install a bunch of audio synthesizers (see Auduino) in an art installation, using various kinds of sensors to make noise, and would like to find out how loud of a speaker I can power using only the Arduino, and no external amplifier or circuitry.

In the past, I have used 8ohm, .5W speakers (not piezo, more like this Speaker - 0.5W (8 Ohm) - COM-09151 - SparkFun Electronics). In small, quiet rooms, they worked okay, but in the gallery with lots of people scuffling around and talking, it might not work too well.

If need be, I can probably run multiple Auduino's through a cheap mixer and patch them all into a single sound system, but then people might be a little more confused about which sounds are coming from which devices.

How did you drive them?

Theoretically, you can't get more power, than state by Ohm Law:
P = R x I^2 / 2 = 8 x 0.04 x 0.04 / 2 = 6.4 mW.
It sounds a little louder than that due presence high harmonics components and high efficiency
speaker on middle frequency range.
To drive more power you have to amplify current, using at least one transistor TIP120,
and simple schematic: http://www.techlib.com/electronics/graphics/classa1.gif
You can make it even more simple, with one resistor between arduino output and base of transistor and speaker in collector circuitry.

my only experience with this was making a sound effect for a pumpkin one Halloween. I used a small external speaker/amp that was left over from something. maybe you could find a few battery powered mini-amps.

RadioShack.com Official Site - America's Technology Store might be one to try.

@Magician: I might give that a shot, I think i've built simple amplifiers like that before in an electronics class, and they worked very well. We definitely used TIP120s there. Thanks!

@bill2009: Definitely a good option, but we're thinking of making between 10-20 of these devices, so the price starts to climb up there with even cheap external amps. But if the home-made amp idea from magician doesn't work, we'll scale back and check those things out. thanks!

I'd like to order this speaker from MPJA, but I see it is a 4 ohm speaker. The schematic posted shows different resistors for different speaker impedances, but doesn't mention 4ohm. How can I calculate the required resistor value?

Schematic has negative feedback implemented in it, so it's not really affected by changes in R of load, and resistors don't have to be adjusted.
The same time, it'd make sense to decrease value of both resistors to 10 - 50 k ohms, in order to get more power with less distortions for more powerful speaker.

I'm expecting this speaker to be .5W, will a reduction in both of the resistors result in too much power for that rating?

Edit: On a related note, should I go with a 1W-2W speaker, or would a .25W or .5W speaker be easily audible in a casual crowd indoors?

As amplifier shown on schematic is class A, it will provide maximum undistorted output power when voltage distributed equally, between transistor and speaker.
Vp / 2 = 2.5 V
And electrical power dissipated in speaker coil:
P = U^2 / R = 1.56 W
This value should be less than speaker is design for. In other words, optimum balance voltage 2.5 V is "out of reach" for speaker with less than 2W power.
Summing all this up, resistors have to be adjusted not according R of speaker (4/8/16 Ohm)
but rather wattage of available speaker.
Exact formula to calculate resistors is little bit complicated, approximate values for 0.25 W:
25 k (upper) and 10 k (lower), and 10 k and 10 k for 2 W speaker.

That is a very nice speaker, I drive it from a 12V supply with a MOSFET controlling the switching.
You should be able to get 6W from it, with an amplifier like this:
Adjust the 68 ohm for the volume you want with a 5v supply,
and a logic level MOSFET

Digi-Key is your authorized distributor with over a million in stock products from the world’s top suppliers. Rated #1 in content and design support!

Within loop, if a sound is to be made then buzzer is set to 1:

include this, I have it as a tab in the IDE called e_pitch.h
probably just need the notes actually used

Back in the day, nothing beat a Klipschorn at about 105 dB/watt. Not sure whether that's been equaled or surpassed.

Sorry, couldn't resist the image of connecting an Arduino to one XD

Back in the day, nothing beat a Klipschorn at about 105 dB/watt. Not sure whether that's been equaled or surpassed.

Sorry, couldn't resist the image of connecting an Arduino to one CD

Nope, still the most efficient SPL/watt transducer available even after many decades. However they are huge in size, have a rather sharp sound and have always had a rather small but loyal following.

Nearly two years ago, my KLF-20s were destroyed in a toilet flood. Oh, I miss those wonderful speakers. =(

You must have had great sounding showers to start the day

Oh, I wish. We were out of town. On the fourth day, when the neighbors noticed the problem, water was running under our front door and down an outside wall like a waterfall. By the time we arrived, the speaker cabinets had ruptured. That was a painful end to a very good vacation.

How can I add a quick and easy volume control to this type of amplifier? Can I replace one of the resistors with something like a 100k audio taper pot?

Yes, sure. It will save a power for low volume.
Depends on the value of your pot, adjust second resistor proportionally. 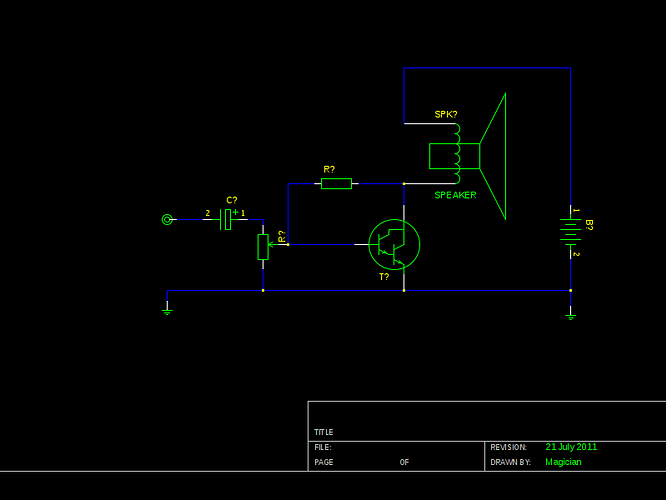 I was thinking how to minimize numbers of components, as circuitry getting bigger with volume control, and come up with this. You can use any pot in range 220 ohm - 10 k ohm. 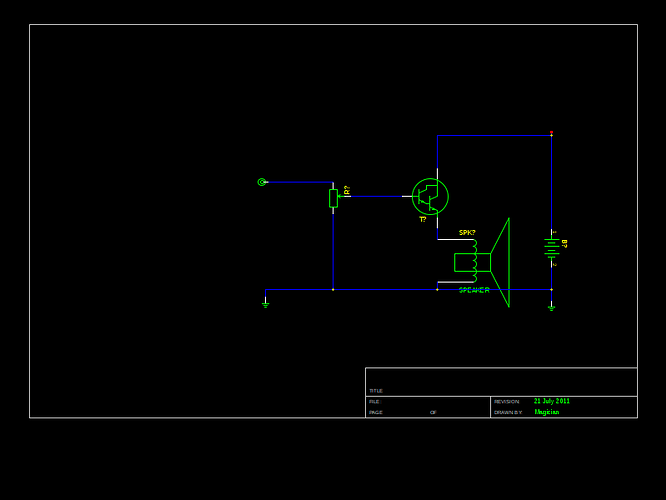