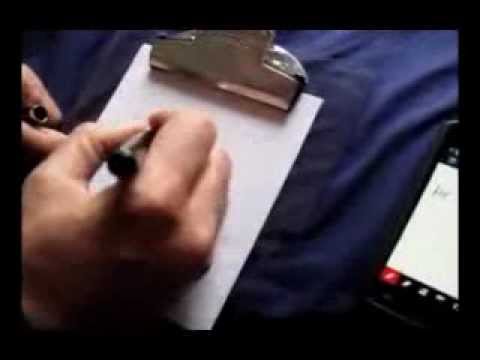 From my research i figure out is A microcontroler that connects a 4 wire resistive touchscreen which reads and transmits the "drawing/pressure" data to a screen or phone.

Any ideas how to approach this?

Another idea is to disassemble a cheap drawing tablet

That is going to be tough to do. Most people writing with a pen will rest some other part of their hand on the writing surface. The resistive touchscreen cannot distinguish that from the pen's touch.

Look into pen tablets. They usually use a special pen which has no ink but has a magnet or electronics inside which make the pen and only the pen visible to the tablet. I'm sure you can get them to plug into an Android phone and there's apps already out there.

Making marks on the paper and having a good copy of those marks appear on the phone screen is staggeringly hard. Spend more than 5 minutes thinking about it and you'll realize that it is a multi-million dollar project. I've seen some systems which do this but they require special paper and special pens and really aren't much good.

I have a couple of resistive touch screens one small - about 50mm and the other larger. They work with a "pen" style of device - maybe a knitting needle or a wooden skewer or a finger nail. Unfortunately I can't remember where I got them, or they are no longer available from the supplier that I think I had used.

Getting the Arduino to detect the touch point is not difficult but I don't know whether an Arduino would have the processing power to send the data to a phone in real time like in the video.