Does anyone know how to properly set up an arduino circuit and sketch to interface with one of these? What parts do I need? 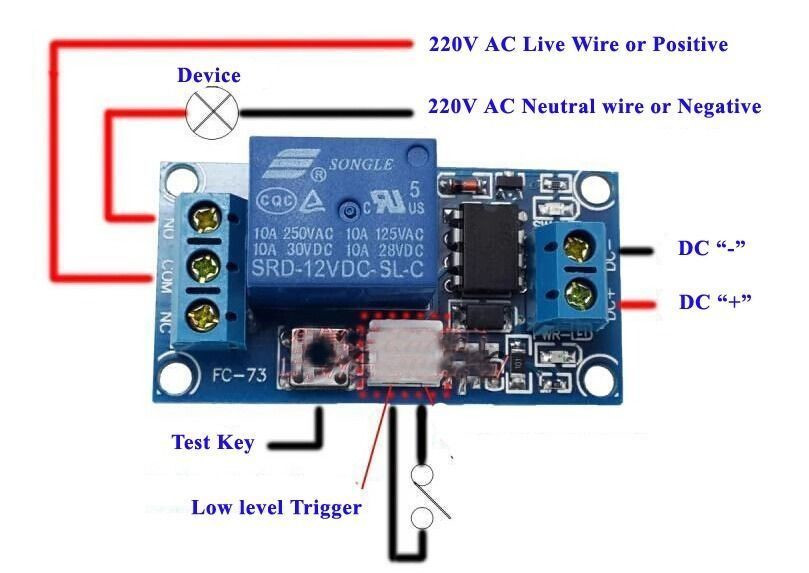 Have you already purchased this relay module?

Reason I ask is that it looks like its controlled by an STC 15F104E microcontroller that provides the "latch" (or toggle) feature. Not sure how the Arduino would know the relay status (energized or de-energized) if the control signal only toggles the relay status.

What are you controlling? Do you need the latch feature?

Note that you could accomplish the latch or toggle feature with any regular relay module and an Arduino. Here, the Ardiono will know the relay status because it's controlling it.

The goal of the latching relay is to reduce power draw to only when it is toggling, thus saving power.

Oh, that relay module won't save any power as it uses a regular relay. They use the MCU to provide the latch feature, but the relay's coil will continuously draw power when energized.

Where can I find one that does what I am looking for then, do you know?

How do I interface with these?

The link by MosheB unfortunately is another standard relay (monostable type) using a flip-flop. You need a relay that is "set" or "reset" using a pulse to the coil.

Latching relays have 2 types of coils:

What is your application? What are you controlling? (type of load, AC or DC, power rating, inductive, capacitive or resistive) What is your power source - battery? What coil voltage do you need? What current rating do you need for the contacts? What type of coil (single or dual)? Do you want a relay module or stand alone relay?

My project controls specific outlets, turning them on and off, which uses a esp8266-01. I'm not sure what kind of coil, but single coil would be ideal as long as it could use the esp8266 pin to control. I may end up using a 3.3V pro mini clone or an esp12 or similar breakout. I want to use latching relays instead of standard relays so that I can save a small amount of power.

Looks like it supports 250VAC at 16 amps if I know how to read. Someone correct me if I'm wrong

Hey, I'm doing something very similar to what your are doing, I wonder which latching relay you ended up using?