Controlling a NAO with body movements

OK guys. This is work in progress, I started this last week.

And no, I have no Idea what I am doing. Im just sort of going with the flow.

The Idea is to have a potentiometer directly controlling each servo in a NAO or similar humanoid robot.

check out this video: 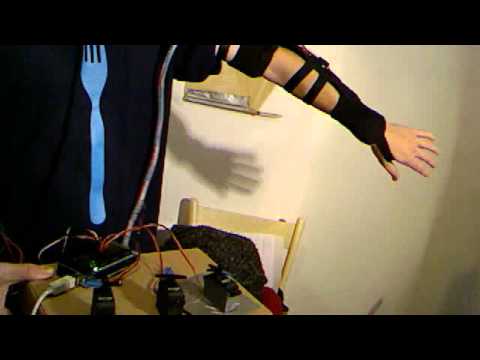 And I have a bunch of pictures, more on http://fkeel.blogspot.com 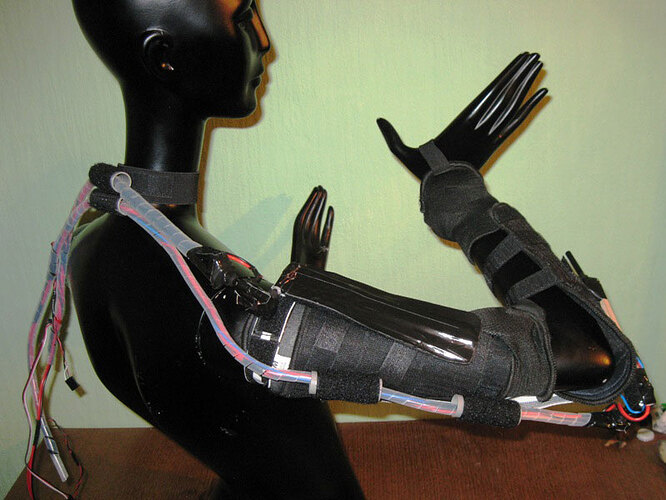 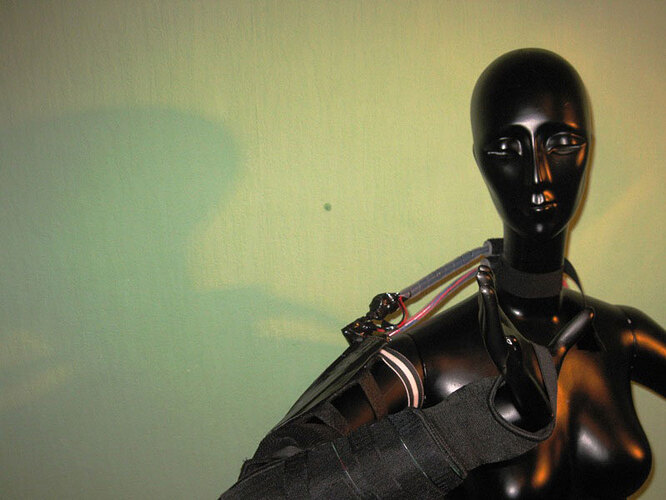 As I said there is lots of material in my blog:

[edit]Just posted an article on my website about it - I am also going to post this on the VR Geeks group...[/edit]

has anyone here ever gotten an Arduino and a Nao to communicate? If so, would you mind sharing your experience? I plan on tackling this in the next couple of days and if anyone has any advice for me, it would be appreciated.

has anyone here ever gotten an Arduino and a Nao to communicate?

That would be one heck of one extreme to another:

I wonder how many have been purchased by researchers...talk about a niche machine.

correction: that will be one heck of an extreme to another

I got myself some sensors by Images (www.imagesco.com) - I will be using them for tracking lower arm/wrist rotation and opening/closing of the hand.

check it out here:

(scroll down a bit to go directly to the videos.) As I said, I received two sensors by images the other day. A flex sensors and a stretc...

or go directly to the videos of me testing the sensors: 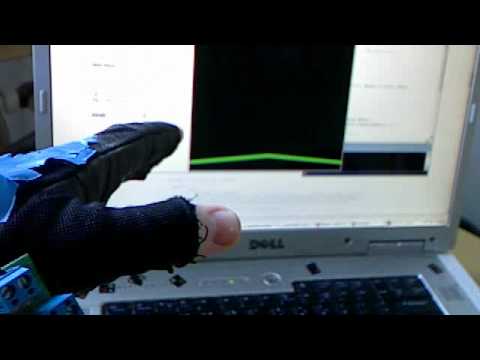 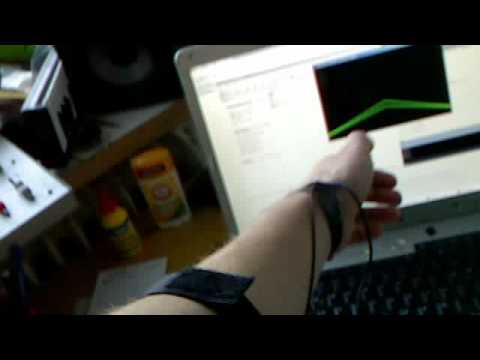 Well - you've already got the sensors, but did you happen to run across this: 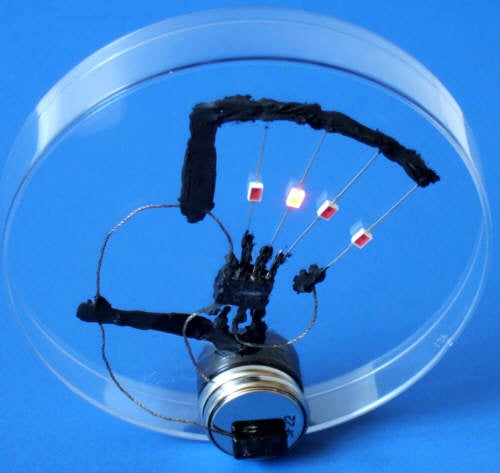 Make Conductive Glue and Glue a Circuit: This is an instructable on the best conductive glue I have been able to make that uses easy to obtain materials, glues well to most materials, is quite flexible and has a low resistance. Unfortunately for me,...

It supposedly makes a resistive bend sensor; probably isn't as consistent as a purchased sensor, but likely a lot cheaper. You might be able to acheive consistency though by using screen printing or similar methods to lay out the "glue traces"... 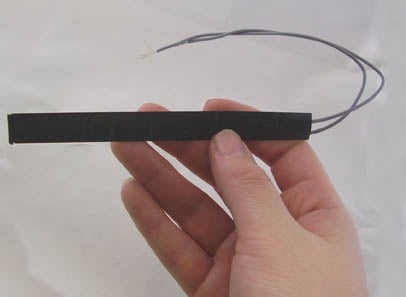 How to Make Bi-Directional Flex Sensors

How to Make Bi-Directional Flex Sensors: Flex sensors are passive resistive devices that can be used to detect bending or flexing. The flex sensor shown in this article is a bi-directional flex sensor that decreases its resistance in proportion to...

Uses the conductive film from an anti-static bag...

Heh - looks like images sells a kit for it, too...hmm!

I still think the conductive glue method might be the more interesting of the possibilities - if you could screen print a pattern of lines on the back of a glove (across the knuckles, for instance), then attach wires appropriately - you could make cheap "wired gloves" for more experiments of this type...

I believe Images posted the Instructable. The guy behind Images has written several DIY type books as well, I believe.

The flex sensor is quite cool, but even though I did not particularly like it on my first run, I believe that the stretch sensor is an extremely versatile and easy to use tool. I will be buying myself a couple of feet of that material. (and as soon as ive cleaned up my room, Ill post some more info on it on my blog... just procrastinating here :-/)

The idea of screen printing circuits is quite awesome. I wonder if it would be washable? (oh man... this is cool actually...)

However I simply don't have the time to experiment with that at the moment, as I also need to get the software side implemented and that will be a pain, I'm afraid... --> I have another thread running on the software implementation (which sadly sort of got out of hand right away :-(...)
http://www.arduino.cc/cgi-bin/yabb2/YaBB.pl?num=1286040869

(ok. back to my room and then to my sensors

I should probably open a new thread, as the title really is not too represantative of where this project has gone...

anyway, check out my newest video: 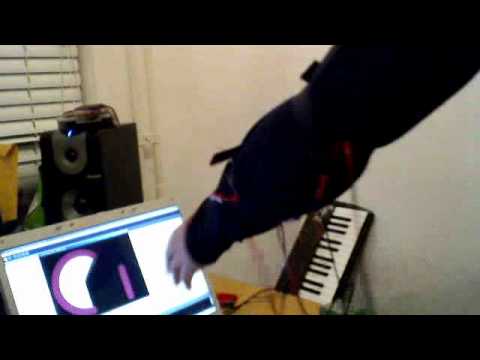 I have finally actually thought about the code aspect and not just butchered something together, also the way the sensors are mounted on my body has greatly improved in terms of usability...

(oh, and cr0sh, I mentioned your comments on polymorph etc. on my blog...)

just posted it on my blog as well: 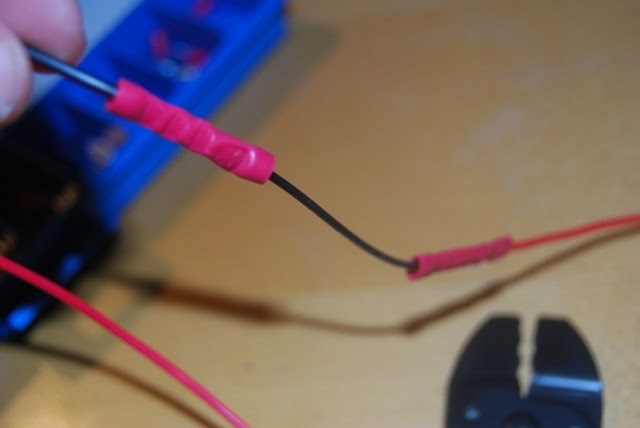 As mentioned before,  I have changed my approach a bit, dropping the thermoplastics and going more towards smart clothing direction. I sugge...

oh, and cr0sh, I mentioned your comments on polymorph etc. on my blog...

Hey - thanks for the mention! Your project is really interesting, and I can't wait to see where you take it. I wish I had the time to experiment along the same lines. Hopefully later!

who needs a mouse-glove, if you can have a mouse-t shirt?