Flyback diodes and why you need them

Any component that relies on an electromagnet or coil of wire for its operation will be inductive, that is the nature of coils of wire. Common examples are relays, solenoid and most types of motor.

It is standard practice to put a 'flyback' diode across any inductive load in order to catch the back emf from the inductor when the current is interrupted. This requirement is usually taken at face value without being backed up by any kind of test results or evidence. This tutorial provides the evidence. 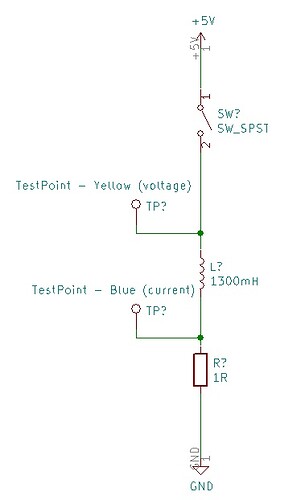 This is what happens when the current through the inductor is interrupted. This oscilloscope trace has the time base at 4ms per division for comparison to the trace in reply #1 with a diode in circuit. 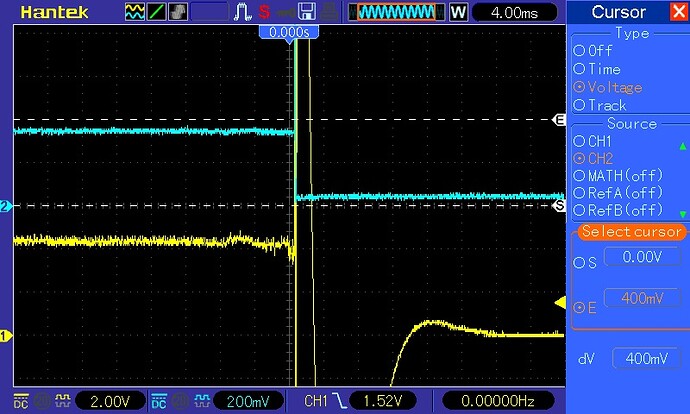 This is when the current is being interrupted but this time the oscilloscope timebase is set to 80μs per division to make it clearer. Note that the voltage (yellow) is off the scale, which means it is well in excess of 200V. 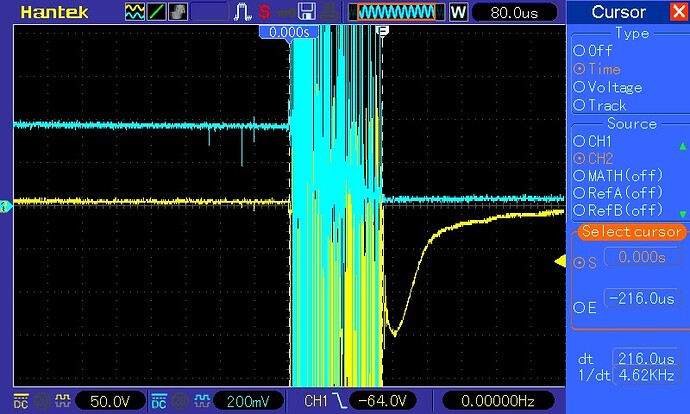 You might ask why the current trace (blue) is also off the scale. First note that the input for the blue trace is set at 200mV per division, not 50V per division, so the blue trace being off the scale does not represent anything like what the yellow trace represents. That said I think it is because of the parasitic inductance in the test circuit allowing a high voltage to develop across the test resistance at the high frequencies that are present.

Note that not only is this circuit producing high voltages, it is also producing a lot of high frequency electrical noise.

Here's a better trace of just the high voltages and electrical noise, note that the voltage peaks are in excess of -300V. 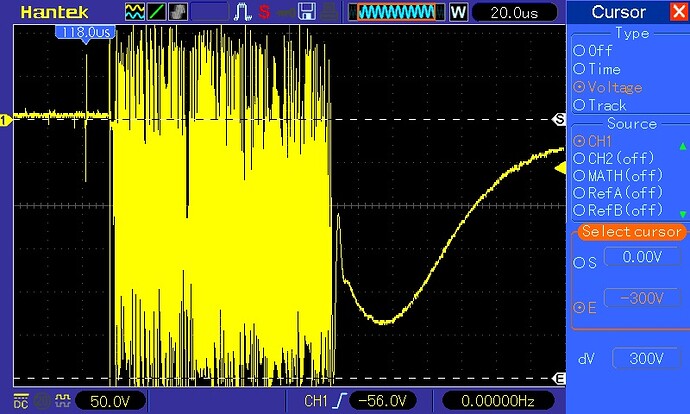 This is the test circuit with a diode across the inductor: 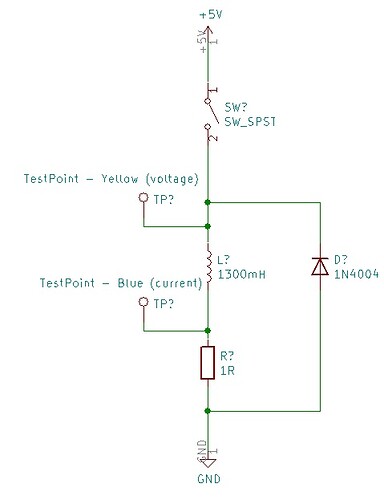 This is the resulting oscilloscope trace: 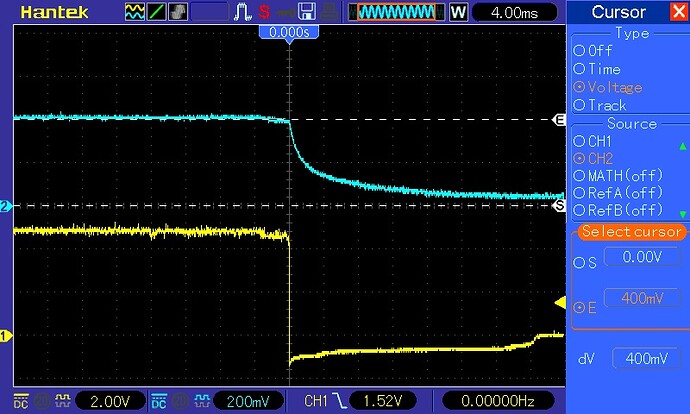 Note there are no high voltages or electrical noise, just the exponential decay of the current to zero. Also note that the voltage at the voltage test point (yellow) dips below 0V because of the forward voltage drop of the diode.

A note on terminology
When I first created this tutorial I had the word 'flyback' in mind as the correct term for the diode. After I created it I started to wonder if I had used the wrong term, so I did some research. One person on this forum, who I have a great deal of respect for, said 'flyback' was OK. Some searching on the internet revealed that 'flyback' is used elsewhere to mean the diode across an inductor. However, there are other terms used such as 'kickback diode' and 'free-wheeling diode'. It has since been pointed out to me that 'flyback' also refers to the electron beam in a cathode ray tube returning to its start point to scan a new line.

I have locked this and separated the comments into a separate topic. Please put your comments in Flyback diodes and why you need them (comments here please)

A post was merged into an existing topic: Flyback diodes and why you need them (comments here please)